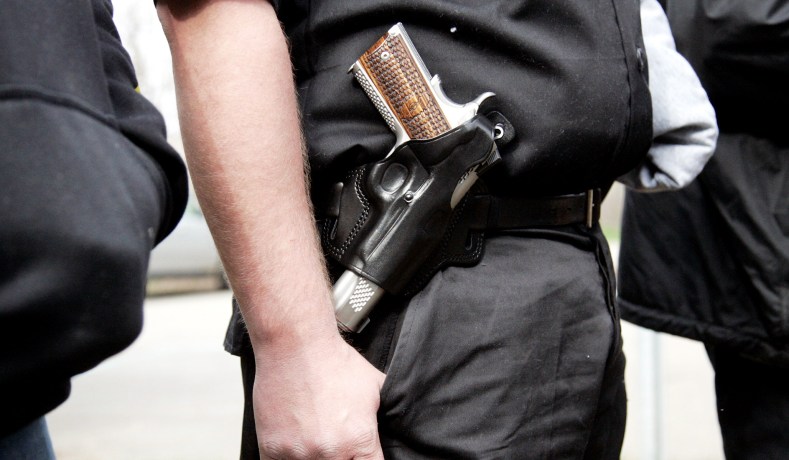 A three-judge panel on the San Francisco-based 9th Circuit Court of Appeals ruled on Tuesday that the Second Amendment’s right to bear arms includes the right to carry those arms outside the home.

In a 2-1 decision, Judge Diarmuid O’Scannlain wrote for the court that the state of Hawaii infringed on the rights of appellant George Young Jr. when it refused to issue him a gun permit that would allow him to carry outside of his home.

Attorneys for the State of Hawaii had argued their laws allow residents to apply for concealed carry and open carry permits, but that as a may-issue state, Hawaii was under no obligation to approve a permit without good reason.

However, as revealed in a video that has been widely shared on pro-gun websites, attorneys for the state admitted that not a single permit had been approved unless the applicant was working in a profession that “engaged in the protection of life” such as a security guard. Hawaii’s attorneys were unable to explain how their policies were constitutional given the difficulty of acquiring a carry permit.

The ruling overturns a Honolulu District Court ruling, which noted that every past Court of Appeals that has heard a case involving may-issue laws has upheld the laws.

Hawaii may appeal the decision to an en banc panel on the 9th Circuit, which means that 11 active judges not involved in the 2-1 ruling would be chosen at random to hear the case. All three judges in this case were Republican appointees, but Democrats outnumber Republicans on the 9th Circuit as a whole by a 16-7 margin, though there are 6 vacancies that President Donald Trump is attempting to fill.

In 2016, a 9th Circuit en banc panel ruled in favor of the State of California in two similar cases involving the legality of may-issue laws; the cases were Peruta v. San Diego County and Richards v. Prieto. Appellants in Peruta then filed a writ of certiorari, appealing the case to the United State Supreme Court. While the Supreme Court denied the writ, Justices Clarence Thomas and Neil Gorsuch filed forceful dissents, stating that the San Francisco court’s decision was “indefensible.”