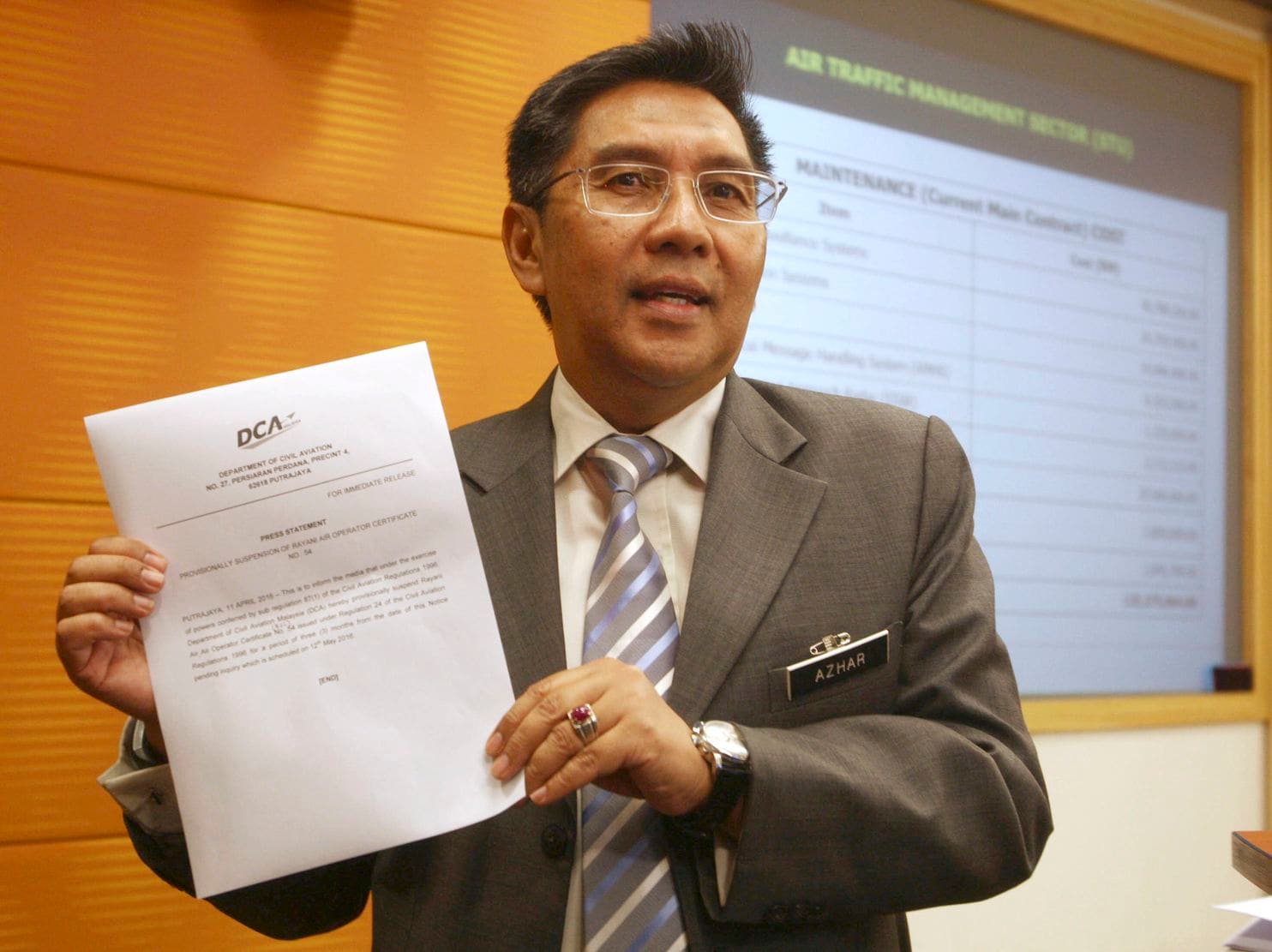 The report released Monday raised the possibility that the jet may have been hijacked even though there was no conclusive evidence of why the plane went off course and flew for over seven hours after severing communications.

“Therefore, it is with regret and after much thought and contemplation that I have decided to resign as Chairman of Civil Aviation Authority of Malaysia,” he said in his statement, adding he has served his resignation and will step down in two weeks.

The jet carrying 239 people from Kuala Lumpur to Beijing vanished March 8, 2014, and is presumed to have crashed in the far southern Indian Ocean. The investigative report, prepared by a 19-member international team, said the cause of the disappearance cannot be determined until the wreckage and the plane’s black boxes are found.

However, the report said the investigation showed lapses by air traffic control, including a failure to swiftly initiate an emergency response and monitor radar continuously, relying too much on information from Malaysia Airlines and not getting in touch with the military for help.

New Malaysian Transport Minister Anthony Loke said Tuesday the government has formed a committee to investigate and take action against any misconduct based on the report findings.

The report said there was insufficient information to determine if the aircraft broke up in the air or during impact with the ocean.

Scattered pieces of debris that washed ashore on African beaches and Indian Ocean islands indicated a distant remote stretch of the ocean where the plane likely crashed. But a government search by Australia, Malaysia and China failed to pinpoint a location. And a second, private search by U.S. company Ocean Infinity that finished at the end of May also found no sign of a possible crash site.

Malaysia’s government has said it will resume search if credible evidence on the plane’s location emerges.