Al Franken on running for office again: “I haven’t ruled it out” 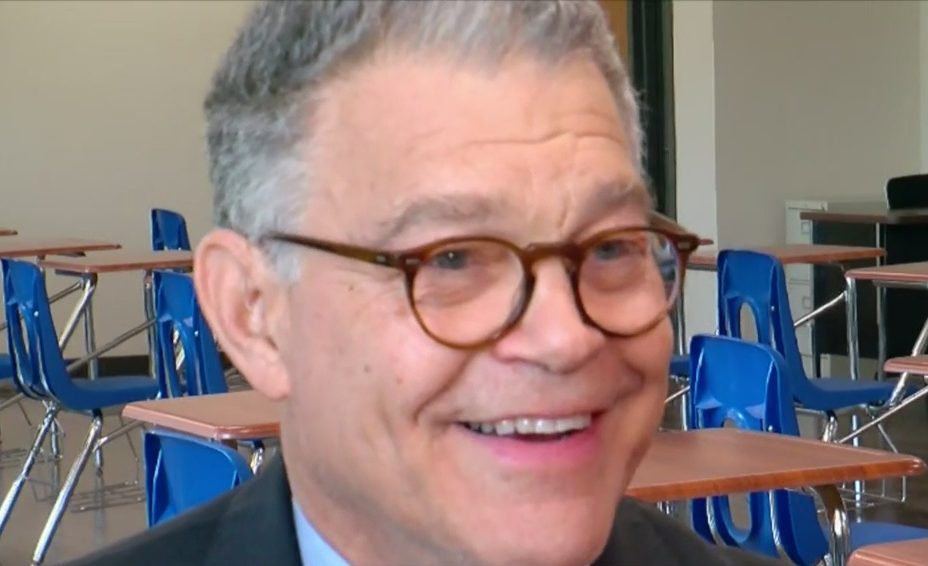 Former Democratic senator Al Franken spoke to a local Minnesota CBS affiliate on Monday in his first interview since resigning his senate position in January following accusations of sexual misconduct and groping alleged by eight women.

Franken’s resignation was seen as a major blow to the Democratic Party since he was set to become a major party leader in the coming years. He won his first senate victory defeating incumbent Republican Senator Norm Coleman by the ever-so-slight margin of just over 300 votes in 2008. Since his initial victory, he won re-election in 2014.

However, following the sexual assault allegations, members of his own party called for him to resign.

New York Democratic Sen. Kirsten Gillibrand wrote on Facebook in December, “While Senator Franken is entitled to have the Ethics Committee conclude its review, I believe it would be better for our country if he sent a clear message that any kind of mistreatment of women in our society isn’t acceptable by stepping aside to let someone else serve.”

Franken, who took to the camera along with his wife Franni on Monday, expressed his sadness after his disgraceful resignation.

“I put my heart in the job,” Franken told the local CBS outlet. “I miss the whole job. I loved that job, I loved the job as senator.”

But the interview took a surprising turn when Franken said he had not yet ruled out running for office again.

While Franken has not stated concrete plans to run again, the reality is he is out of his mind if he thinks he would be successful in a future political campaign.

The Democratic Party is looking to diversify its leadership and has long talked about empowering women. There is no way this new electorate would vote Franken back into office.

Even though Franken issued multiple apologies to his constituents and to the women whom he made feel uncomfortable, he gave a defiant resignation speech in which he lashed out at the Republican Party and called them hypocrites for not condemning President Donald Trump’s sexual misconduct allegations.

But if he runs for office once more, wouldn’t he be contradicting his own supposed beliefs?