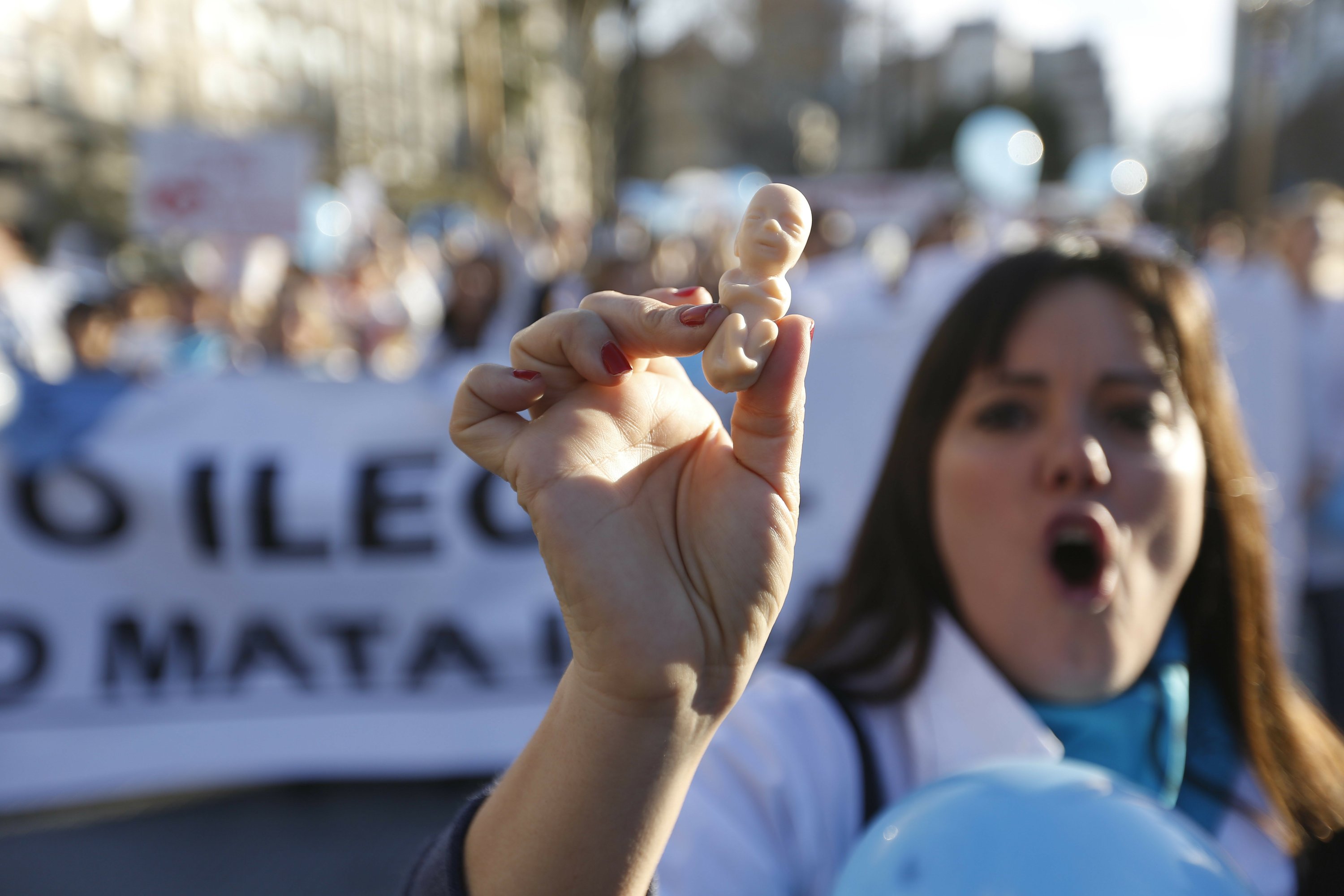 BUENOS AIRES, Argentina — A campaign to expand legal abortions in the homeland of Pope Francis is bitterly dividing Argentines — and increasingly even the profession that would be asked to carry them out.

Hundreds of physicians have staged anti-abortion protests as an abortion rights bill moves toward a vote in the Senate next week. Some have demonstrated while carrying fetus-shaped dolls and waving signs saying: “I’m a doctor, not a murderer.” At one recent protest, they laid white medical coats on the ground outside the presidential palace.

While the Doctors for Life activist group claims about 1,000 members — only a small fraction of the country’s physicians — its protests are feeding a debate in the profession as a whole about the move to legalize elective abortions in the first 14 weeks of pregnancy.

Leaders of the prestigious Argentina Medical Society have endorsed the bill, which has already passed the lower house of Congress. They said it would help reduce deaths among the estimated 400,000 to 500,000 women who now receive clandestine abortions each year. 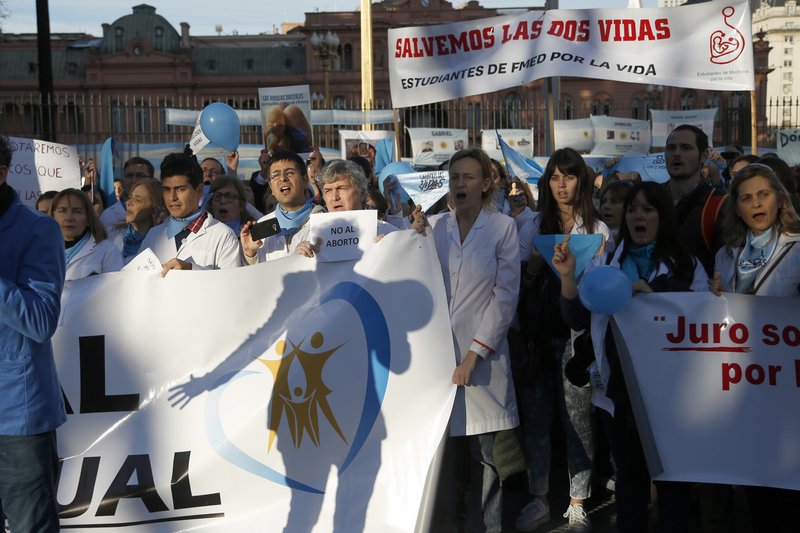 But the equally august Academy of Medicine vehemently rejects the legislation. The academy issued a statement that human life begins at conception and “to destroy a human embryo means impeding the birth of a human being.”

“Nothing good can come when society chooses death as a solution,” it said.

An association of medical birth control specialists issued a strong statement in favor of the proposed law. Officials at about 300 private hospitals and medical facilities have denounced it.

“The defense of life is at the very foundation of our institution,” said Ernesto Beruti, chief of obstetrics at the Austral University Hospital, which is linked to the conservative Catholic Opus Dei movement. “We see ever more doctors joining” the protests.

Argentina now allows abortion only in cases of rape or risks to a woman’s health. But advocates say doctors and judges often continue to block legal abortions. Illegal abortions can lead to four years in prison for the woman and doctor alike.

The measure only narrowly passed in the Chamber of Deputies on June 14 after a long campaign by hundreds of feminist and human rights groups. Its advance appears to have galvanized opponents, religious and otherwise, to mobilize public protests ahead of a Senate vote tentatively set for Aug. 8. President Mauricio Macri has said he will sign the measure if it passes, despite opposing abortion. 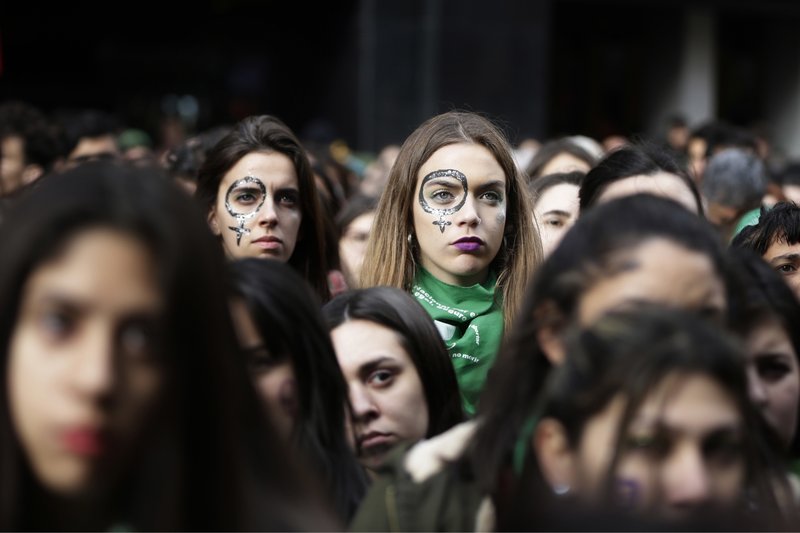 Women in favor of a campaign to expand legal abortions stage a demonstration outside Argentina’s ;Congress.(AP Photo/Jorge Saenz)

Pope Francis this year denounced abortion as the “white glove” equivalent of the Nazi-era eugenics program and urged families “to accept the children that God gives them.”

But polls indicate most Argentines are in favor of broader legalization, which also has the support of local and international human rights groups, including Human Rights Watch and Amnesty International.

“Decriminalization reduces maternal mortality, serious complications, and the total number of abortions,” Health Minister Adolfo Rubinstein said recently. “Beyond all the moral dilemmas, abortion exists and it’s a problem that we must face.”

Medical critics of the measure, however, complain about the mechanics of the proposed law as well as the life-and-death issues.

Many private hospitals, such as Austral, are upset that the law would allow only individual doctors to opt out of abortions, not institutions as a whole. 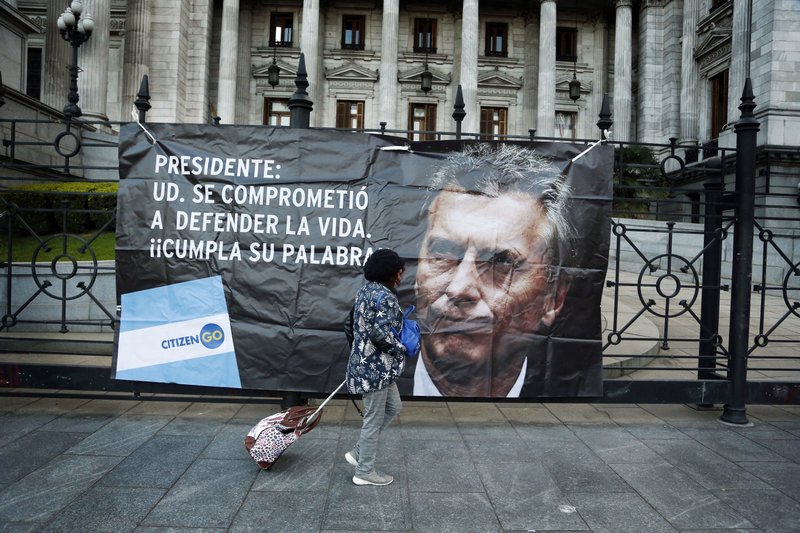 A woman walks past an anti-abortion banner with a message that reads in Spanish: “Mr. President: You promised to defend life. Keep your word!” (AP Photo/Jorge Saen

Argentina’s Federation of Gynecology and Obstetrics Societies issued a statement complaining that it hadn’t been consulted about the measure and expressed concern that doctors who refuse to perform abortions on moral grounds might suffer professional discrimination. Critics note that objectors would have to register and say that might function as a sort of “black list” for hospitals to avoid hiring them.

Some worry about the law’s demand that women receive an abortion within five days of requesting it. They say that could lead to prosecution of physicians who balk at a particular abortion on medical safety rather than moral grounds, or when it’s not possible to find a doctor willing to perform the procedure in the tight time frame.

Opponents also warn it could open the way to widespread late term abortions because it waives the 14-week limit in cases of rape or when a woman’s health is at stake. They say women could argue they face psychological or social damage due to a pregnancy. 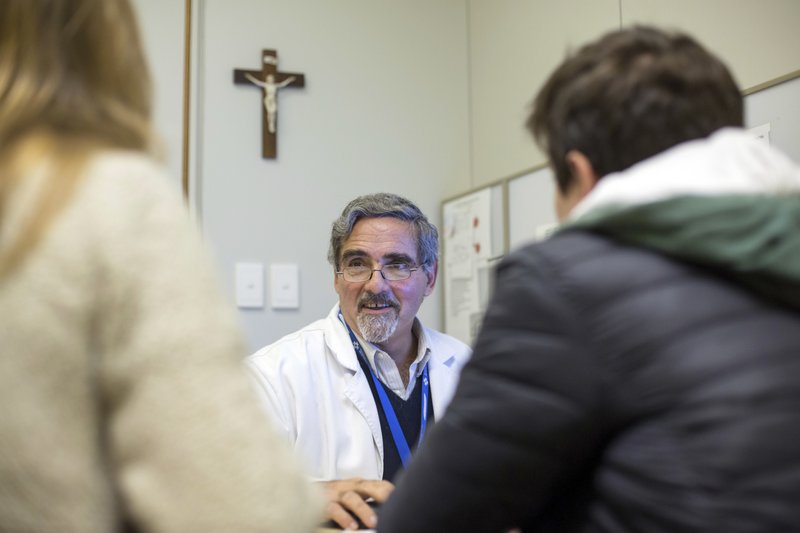 Ernesto Beruti, chief of obstetrics at the Austral University Hospital, says: “Even if the law is passed, I’m not going to eliminate the life of a human being. (AP Photo/Lucia Prieto)

Some vow to challenge the law in court if it’s approved.

“How far are we willing to go to? Jail,” Beruti said. “Even if the law is passed, I’m not going to eliminate the life of a human being. The most important right is the right to live.”