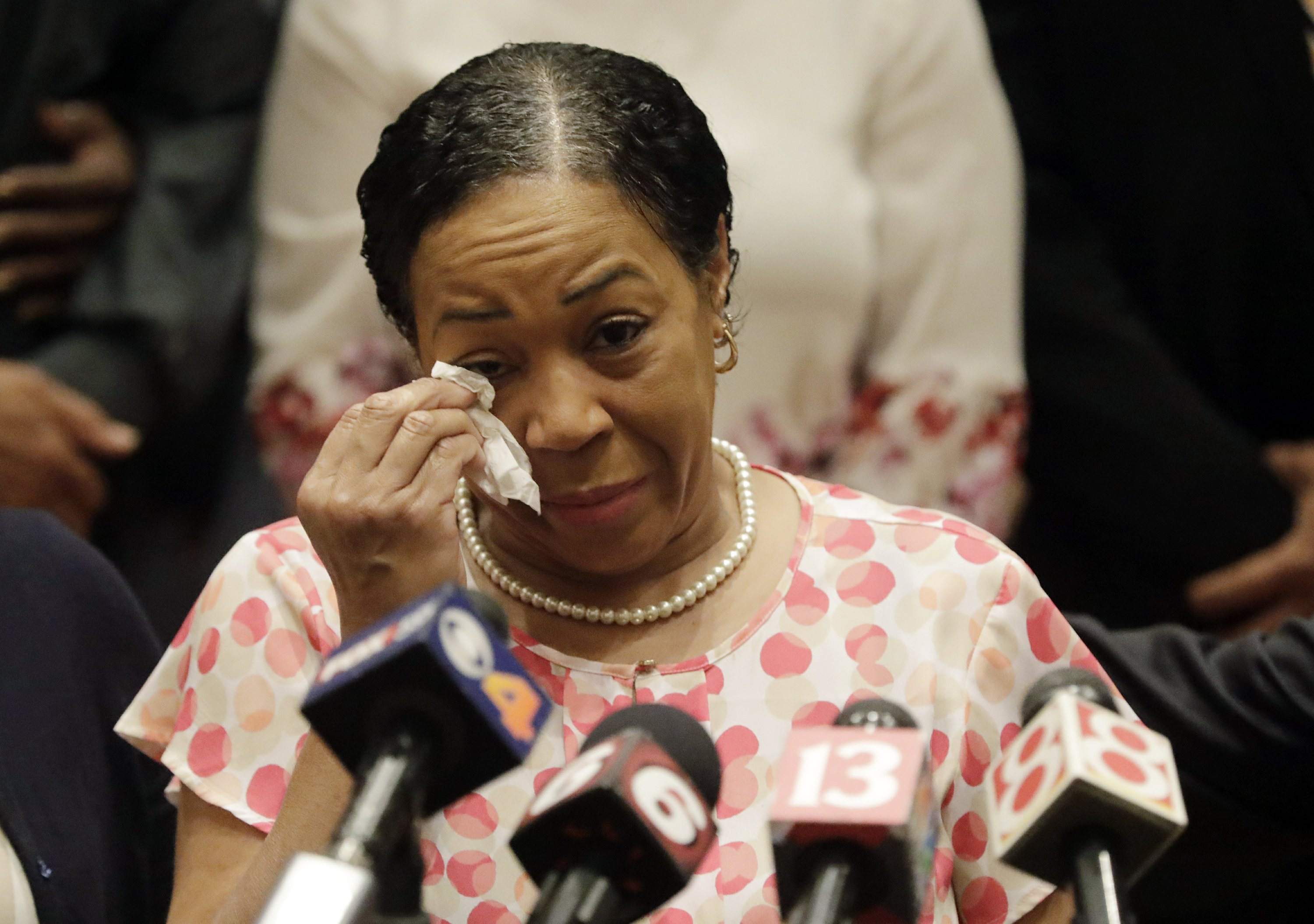 INDIANAPOLIS — Fifty-three members of an Indiana family who lost nine relatives when a duck boat sank in Missouri described their pain and unfathomable loss Tuesday while calling for a ban on the amphibious tourist boats that their attorney likened to “coffins and death traps.”

Each member of the extended Coleman family, including in-laws, introduced themselves and described who they had lost during a tear-filled news conference hours after their attorneys filed a second federal lawsuit against the owners and operators of the duck boat that capsized and sank during a storm July 19.

The disaster on Table Rock Lake near Branson, Missouri, killed 17 people, including nine of 11 Coleman family members who boarded the boat during a vacation trip. The other people killed were from Arkansas, Illinois and Missouri.

Belinda Coleman’s sister, Lisa D. Berry, tearfully recalled each of the lost members of her family, saying that “everyone who lost their lives, they do have a face.” She said the family is united in their belief that duck boats are dangerous and that they should be banned so that no other family endures the grief she and her relatives now face.

“The duck boat industry doesn’t seem to consider that lives are at stake, and it’s more than a ticket,” she said. “It’s people’s children, their moms, their dads, their grandparents and we just want them to be held accountable.”

Both lawsuits name Ripley Entertainment Inc., Ride the Ducks International, Ride the Ducks of Branson, the Herschend Family Entertainment Corp., and Amphibious Vehicle Manufacturing. They allege that the owners and operators of the Ride the Ducks boat put profits over people’s safety when they decided to put the boat on a lake despite severe weather warnings and design problems.

A Ripley spokeswoman said in a statement Monday that the company remains “deeply saddened” by the accident. She said the company would not comment further because a National Transportation Safety Board investigation is ongoing and no conclusions have been reached.

Robert Mongeluzzi, an attorney for the Indianapolis-area family, said additional lawsuits are expected on behalf of other members of the Coleman and Rose families who died. He said duck boats’ canopies trap people when the boats sink and the duck boat industry was warned about that hazard more than a decade and a half ago.

“They are coffins and death traps and rather than doing anything about it they continued to just sell more tickets,” Mongeluzzi said. “And this family has paid for that ticket with precious life and blood, and enough is enough.”

Mongeluzzi said that despite their call for a ban, the family supports legislation introduced Tuesday by Missouri U.S. Sen. Claire McCaskill that would require that duck boats be better equipped to stay afloat or that canopies are removed to allow passengers to escape. McCaskill’s legislation would enshrine recommendations made by federal regulators after another duck boat sank in Arkansas in 1999, killing 13 people.

The Indiana family’s suits allege that the companies ignored warnings the National Transportation Safety Board in 2000 that the vehicles, which are designed to operate on land and water, should be upgraded to ensure they remain upright and floating in bad weather.

The federal agency’s recommendation was issued after an Arkansas duck boat sank in 1999, killing 13 people. The two federal suits say that 42 deaths have been associated with duck boats since 1999.

Kyrie Rose, a 41-year-old Coleman cousin, described during Tuesday’s news conference the fear, uncertainty and ultimate horror after she received a telephone call alerting her that the duck boat her relatives were on sank during a storm.

“There’s nothing like getting a call that you wouldn’t expect to hear that there’s been an accident, and hoping and praying all day that somebody, anybody’s going to be OK,” she said.