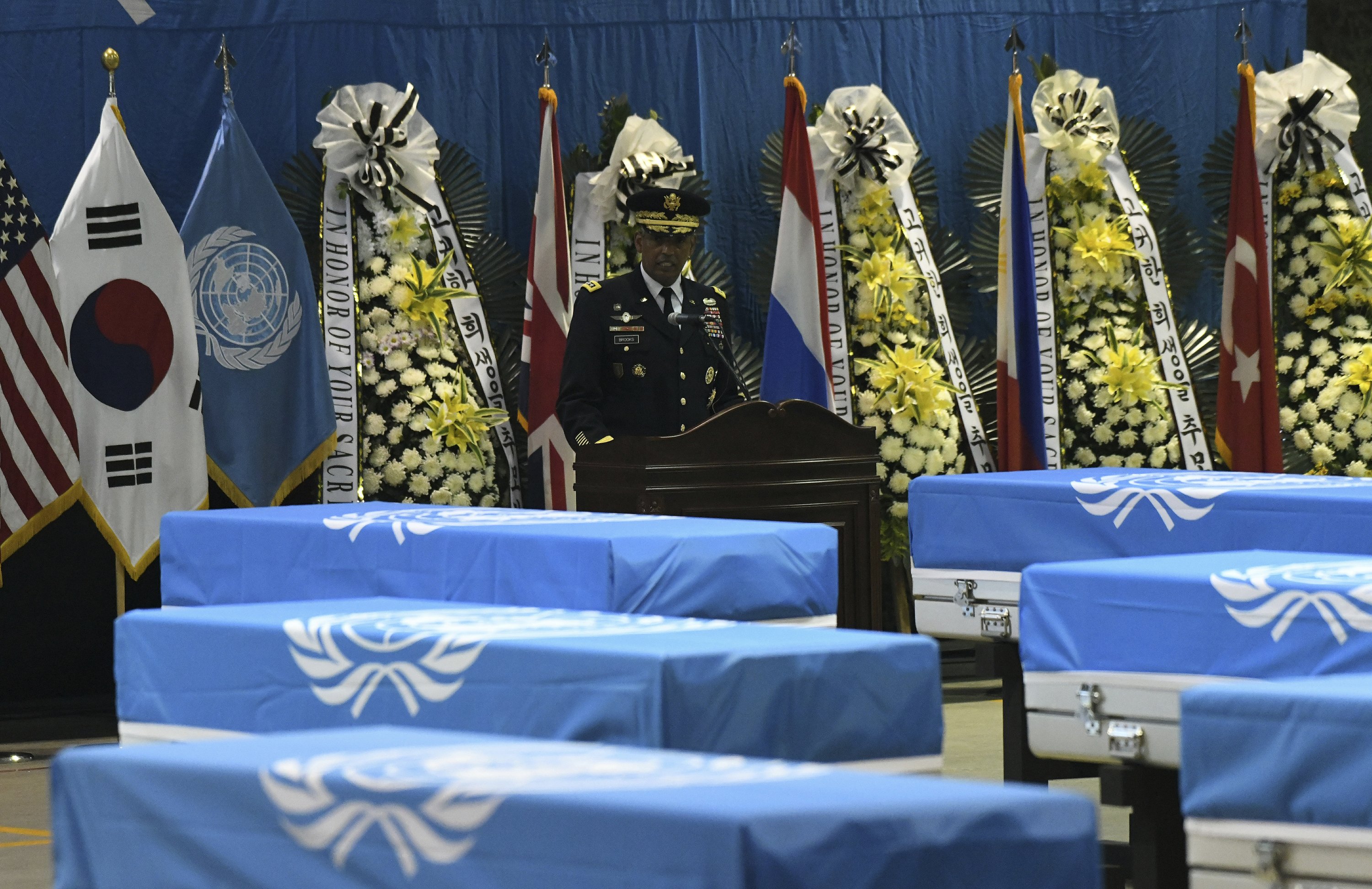 PYEONGTAEK, South Korea — Decades after the end of the Korean War in 1953, the remains of dozens of presumed U.S. war dead began their journey home following a repatriation ceremony in South Korea on Wednesday.

North Korea handed over the remains in 55 boxes last week and allowed a U.S. military transport plane to move them to the U.S. Osan Air Base near Seoul in South Korea. While it was an apparent goodwill gesture by North Korea toward the United States, the return comes amid growing skepticism about whether the North will follow through on its pledge of nuclear disarmament.

After the ceremony, the remains were moved one by one to transport planes which will fly them to Hawaii, where they will undergo an in-depth forensic analysis, in some cases using mitochondrial DNA profiles, at a Defense Department laboratory to establish identifications. U.S. Defense Secretary Jim Mattis said last week that the return of the 55 boxes was a positive step but not a guarantee that the bones are American.

Vice President Mike Pence, the son of a Korean War veteran, is to fly to Hawaii for what the military calls an “honorable carry ceremony” marking the arrival of remains to American soil.

The repatriation is a breakthrough in a long-stalled U.S. effort to obtain war remains from North Korea. About 7,700 U.S. soldiers are listed as missing from the 1950-53 Korean War, and 5,300 of the remains are believed to still be in North Korea.

“The remains received from North Korea are being handled with the utmost care and respect by professional historians, forensic scientists, uniformed personnel and government officials,” the U.S.-led U.N. Command said in a statement. It said it “never leaves troops behind, living or deceased, and will continue the mission of repatriation until every service member returns home.”