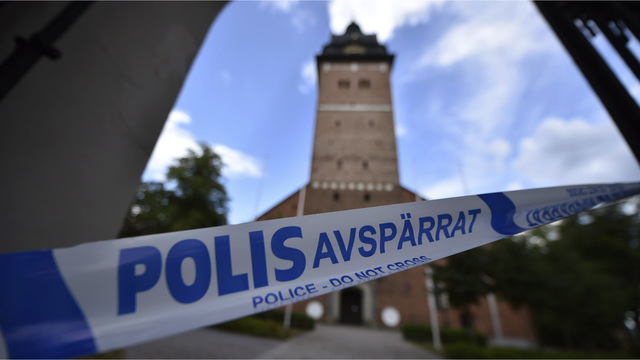 COPENHAGEN, Denmark — Police say thieves have stolen priceless treasures from the Swedish royal regalia, including a jeweled crown, from a cathedral where they were on display, before speeding off by motorboat.

They say in a statement that two people allegedly stole two crowns and an orb used by King Karl IX and Queen Kristina, which had previously been stored in their tomb. It is believed the thieves then fled via the vast system of lakes west of Stockholm.

Police have been searching for the culprits with a helicopter and boats, but no arrests have been made.

Tuesday’s theft took place at the Strangnas Cathedral west of the capital.