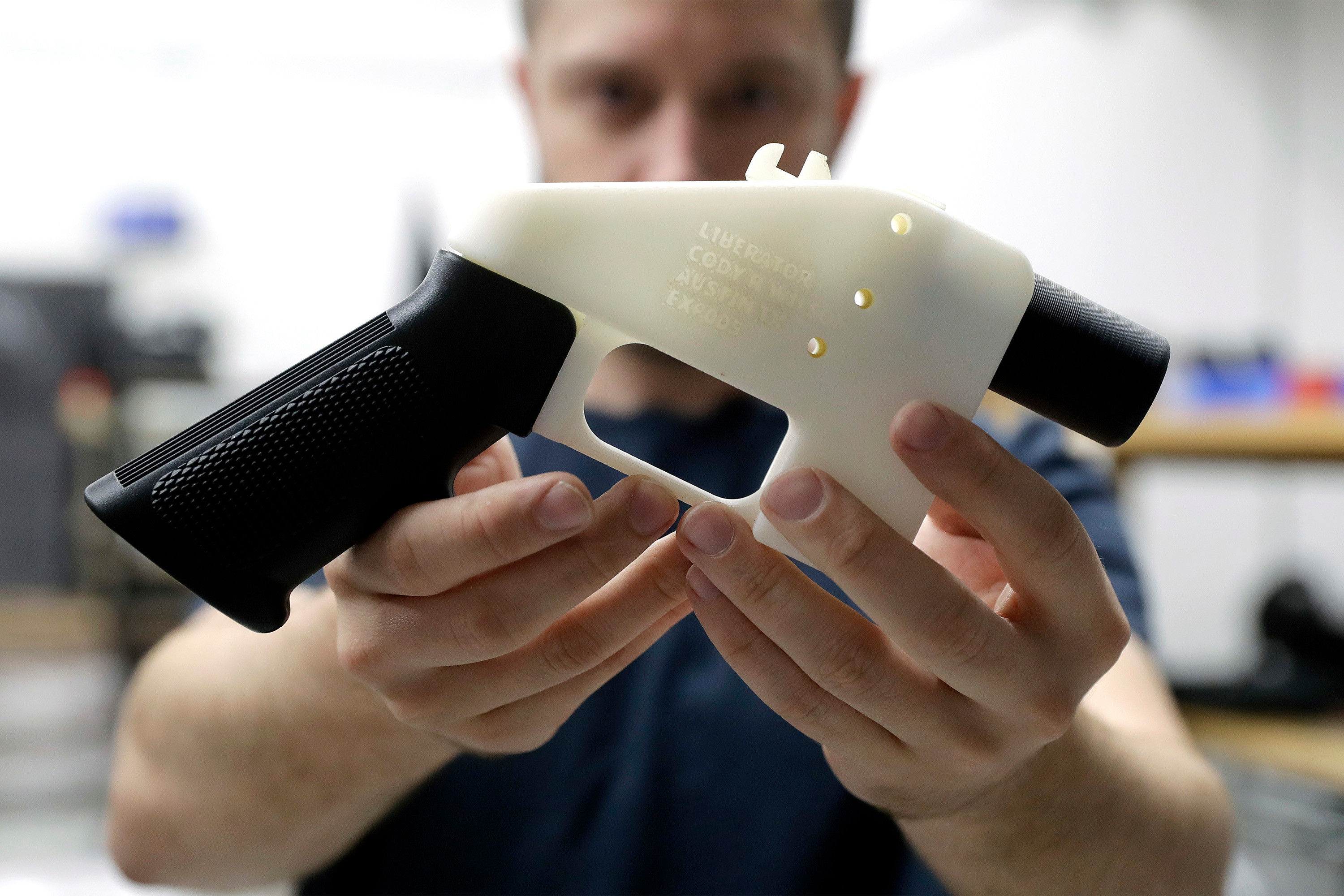 On Tuesday, a federal judge in Seattle blocked the release of downloadable blueprints showing how to manufacture legal 3D-printed firearms. A temporary restraining order was placed on Defense Distributed, an Austin-based company whose website was going to release the blueprints.

Judge Robert Lasnik, an appointee of President Bill Clinton, stated in his ruling that the release of these instructions could cause irreparable harm to society. These guns, made of hard plastic, are much more difficult to trace than are guns produced by large manufacturers.

Eight states and the District of Columbia had filed a lawsuit on Monday suing the Trump adminisration over its decision to allow the blueprints to be published online. The states included Washington, Connecticut, Maryland, Massachusetts, New York, New Jersey, Oregon and Pennsylvania. Except for Pennsylvania, all of the states involved are known for tough anti-gun policies including “may-issue” rules for permits to carry guns outside of the home.

The 3D-printed gun issue arose days after a landmark settlement between the United States government and Defense Distributed in which the government ceased attempting to use international law as a way of preventing the company from disseminating information about how to print and assemble 3D guns.

The eight states who filed the lawsuit simply do not understand how either the Constitution or the World Wide Web works. The First Amendment prohibits prior restraint of free speech except in very few circumstances. In New York Times Co v. United States, the Court ruled that the censor must show “grave and irreparable damage” in order to silence speech.

Even if 3D-printed guns were as dangerous as Judge Lasnik seems to think they are (hint: they’re not), it is impossible to see how these printing instructions meet the required standard for prior restraint. Plenty of other websites and magazines contain these instructions that are not subject to the restraining order. Countless other web surfers downloaded the instructions as soon as they were available a few weeks ago. Therefore, Defense Distributed isn’t disseminating anything that isn’t available in other parts of the Internet.