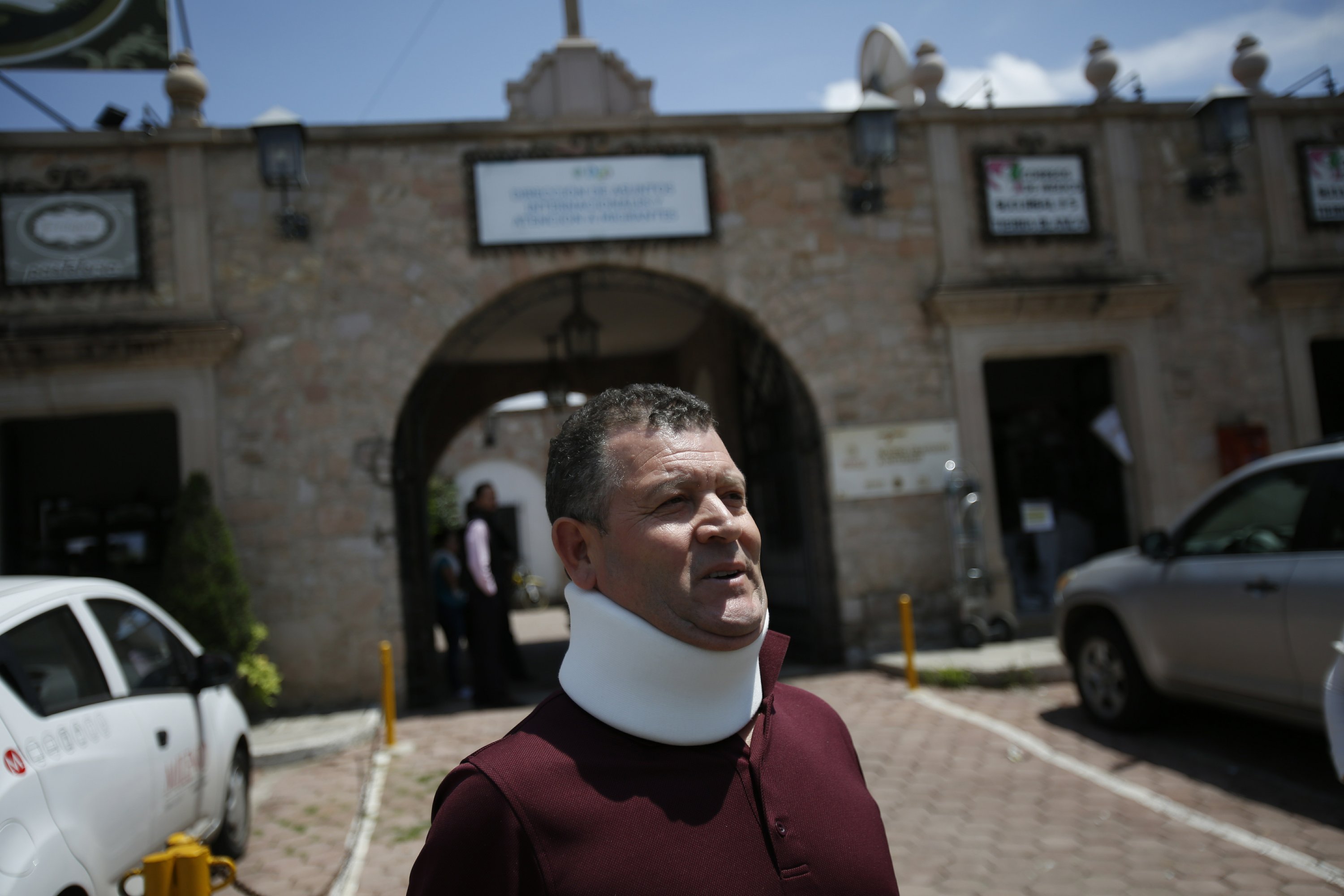 DURANGO, Mexico — Just a day after a harrowing escape from a crashed and burning Aeromexico jetliner, many of its 103 passengers and crew went to work on resuming their travel, with some even boarding new flights from the same airport in western Mexico.

Those who escaped serious injury scrambled to find clothing Wednesday, having lost their suitcases the previous afternoon when the plane plowed into a field shortly after takeoff during a violent storm. U.S. citizens who lost their passports met with consular officials who came to Durango to assist.

Some passengers spoke of one survivor who had sworn to never get on another plane and planned to buy a car and drive back to the United States. 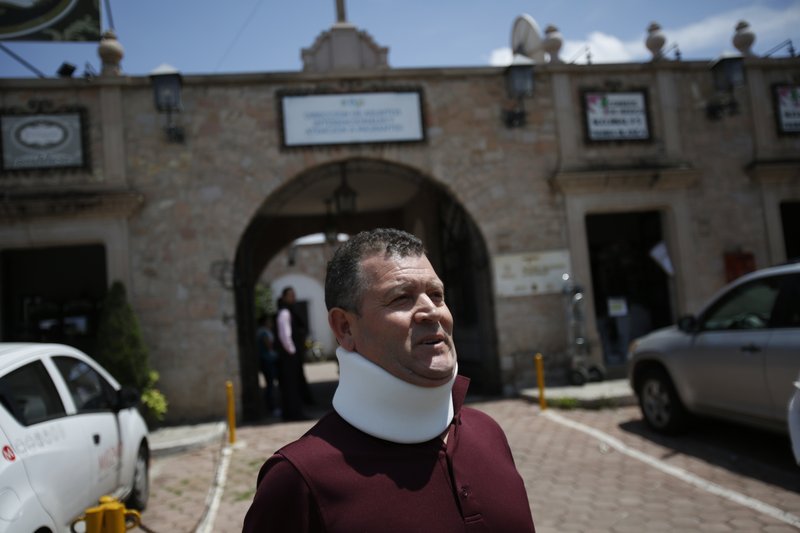 Jose Luis Corral, a 52-year-old business owner from Portland, Oregon, still wore a neck brace from injuries he suffered in the crash.

“It’s so fast, terrifying to see all the people screaming,” recalled Corral, who was one of four people who helped the plane’s badly injured pilot escape the blaze.

The pilot suffered a serious neck injury and was in the hospital. Forty-eight others were also injured, and 22 remained hospitalized Wednesday. Miraculously, no one died. 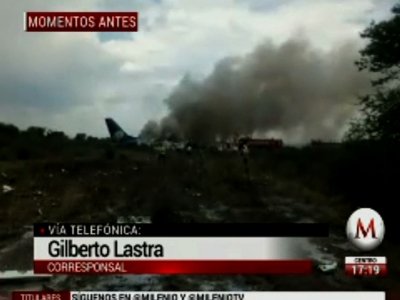 An Aeromexico jetliner taking off in a blustery storm in northern Mexico smashed down into a nearby field but skidded to a stop virtually intact. All 103 people aboard were able to escape advancing flames before fire engulfed the aircraft. (Aug. 1)

Aeromexico CEO Andres Conesa said late Wednesday that the pilot couldn’t feel his feet when he was removed through a cockpit window, but after surgery had regained feeling throughout his legs.

Alberto Herrera, a 35-year-old webpage engineer from Chicago, said the violent storm shook the plane as it took off and seemed to come from nowhere.

“When we were sitting on the plane there was a little drizzle, but nothing to worry about. It was just a little light rain, super light, like barely hitting the windows,” Herrera said.

But another passenger, Ramin Parsa, 32, of Los Angeles, said the weather was ominous even before takeoff.

“The airplane actually was shaking before we even moved so I knew it was dangerous weather,” he said. “I thought that we were going to have a delay until the weather clears up, but the pilot began to move, so I thought that he knows what he is doing.”

“I think it was a mistake by the pilot. He should not have taken off,” Parsa said. 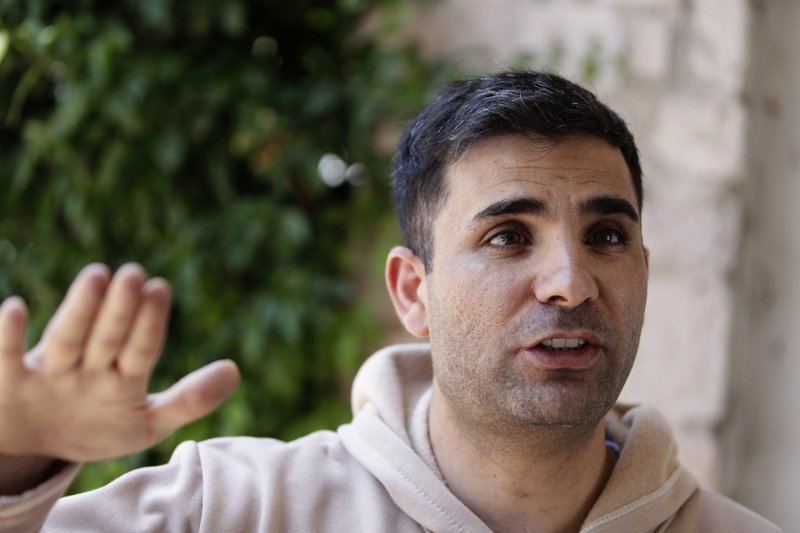 Durango state Gov. Jose Aispuro said it was too soon to speculate on the cause of the crash. Mechanical failure and human error could be factors, but certainly the weather wasn’t favorable.

Herrera said the takeoff went wrong seemingly in an instant.

“You start gaining speed and as soon as you start taking off all of the sudden the plane starts struggling and it’s getting hit with hail. The higher up we went into the storm, the heavier the hail got and more wind got to us,” Herrera said.

“Then all of a sudden the plane starts rocking and it starts seriously, seriously moving around and then hitting the ground,” he said. “We skidded and hit a second time and you saw the flames. …You’re like ‘This might be bad.'”

Herrera had braced for impact and yelled for others to do the same. The woman seated next to him was able to hold onto her toddler, though the little girl suffered some scratches and may have hit her head on a seat. 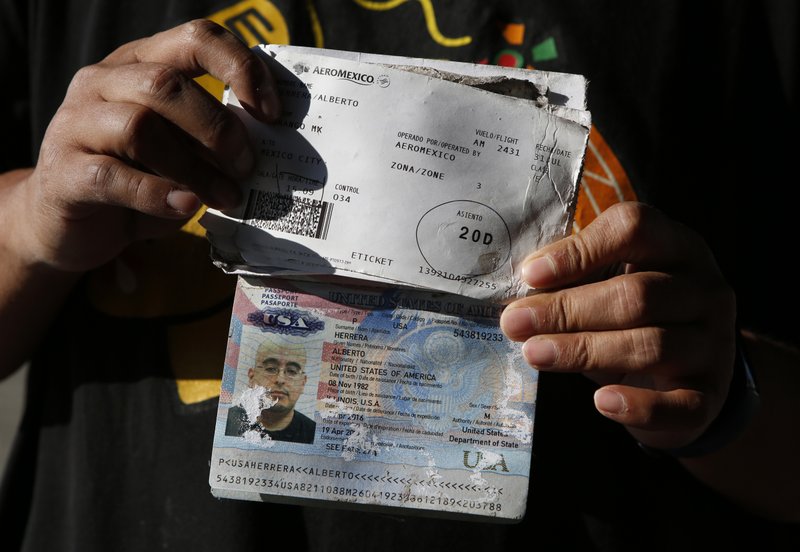 Officials said the impact ripped both engines off the Embraer 190 jetliner, and fire immediately broke out in the wings.

“My window turned red because of the flames,” Parsa said.

He said he tried to kick out a window but couldn’t. He searched for an exit and at first couldn’t find one because of all the smoke. Then suddenly he felt fresh air on his face. He was in front of the exit.

“Imagine you put 100 people in a room, in a dark room, pitch dark, filled with smoke and there’s a small door, everybody’s trying to find it. That’s what the situation was,” Parsa said.

At the back exit, Herrera said the emergency slide deployed but the fuselage was at an odd angle, so it was unusable and people had to jump to the ground.

The passengers walked back across the muddy field to the end of runway and waited there for emergency vehicles.

Herrera credits the good outcome to both the pilot and to the fact that the plane had not gained much altitude when the storm broke.

“The pilot had to execute a maneuver correctly and then we hit the storm at its peak while we were going up, and not while we were up in the air,” he said. 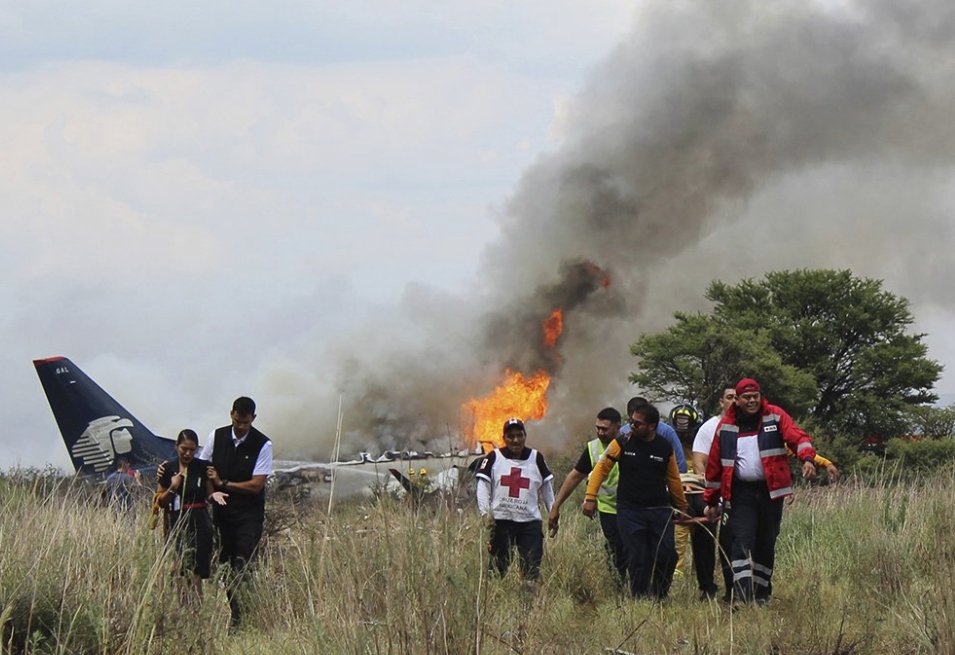 Red Cross workers carry an injured person on a stretcher as airline workers walk away from the site where the airliner crashed. (Red Cross Durango via AP)

Mexico’s Transport Department said the U.S. National Transportation Safety Board was sending two investigators to assist in the investigation, and the plane’s manufacturer would also participate.

The department did not immediately answer questions about whether the airport was equipped with a Low Level Wind Shear Alert System that can detect weather conditions like severe downdrafts or microbursts.

Herrera got to the departure gate Wednesday evening just as a delay in his new flight was announced. Asked how he felt, he said: “Pure anxiety.”

He had sought to limit his waiting at the airport by arriving close to departure time. He was flying to Mexico City on a plane that also carried seven other survivors, then catching a red-eye flight home to Chicago.

Yet the normally jovial Herrera also joked about his situation. He noted he had seen one Mexican television station calling the crash “El Milagro de Durango — the Miracle of Durango.

“That’s going to be the hashtag for the rest of my life,” he said.