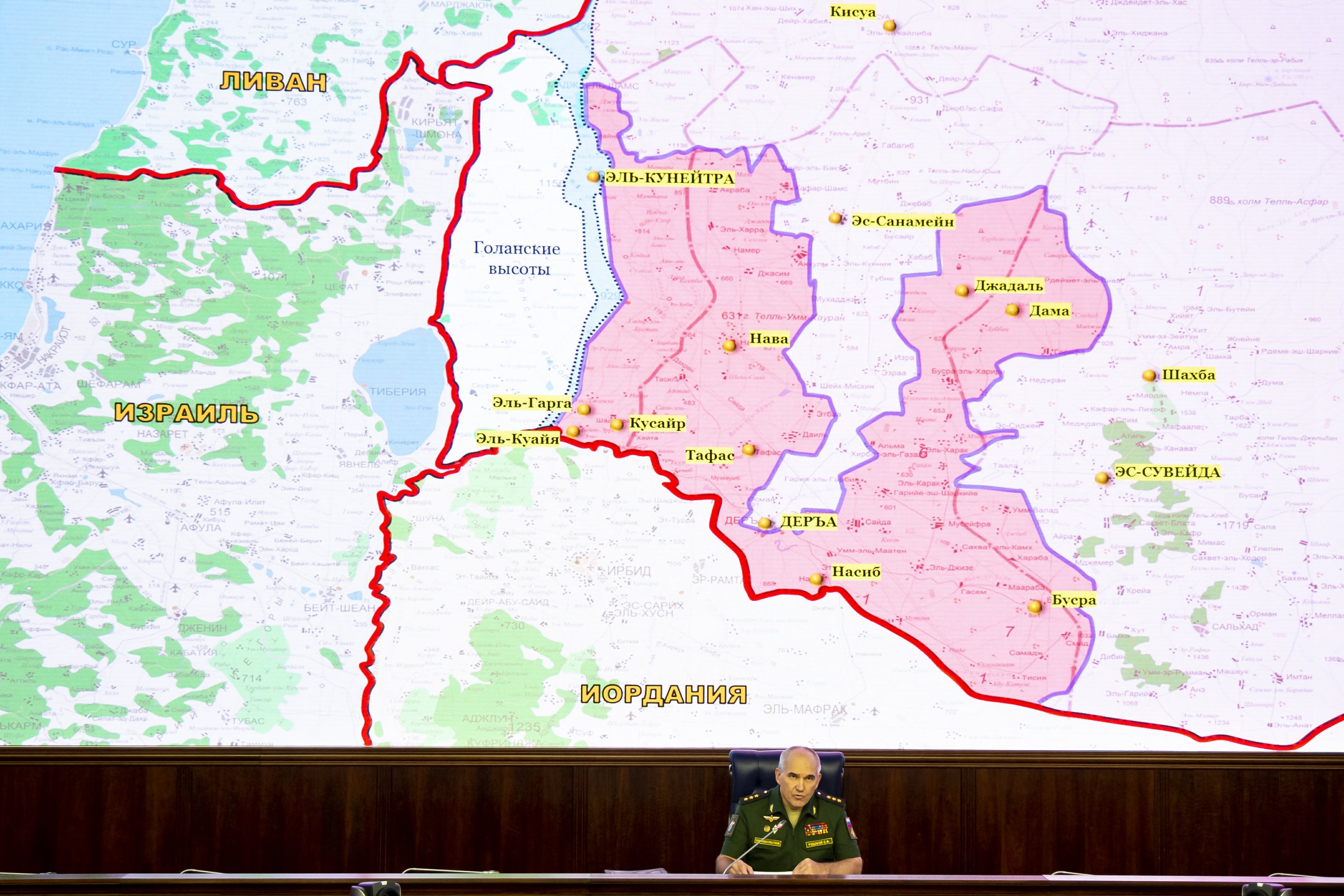 MOSCOW — U.N. peacekeepers returned on Thursday to patrol the frontier between Syria and the Israeli-occupied Golan Heights, years after an escalation in fighting and abduction of U.N. troops had prompted them to withdraw, Russia’s Defense Ministry announced.

For the first time, Russian forces joined the peacekeepers — a sign of Russia’s deepening involvement as a mediator between Israel and Syria.

Israel for its part acknowledged a return to normalcy along the frontier, which had become particularly volatile in recent months amid a Syrian government offensive to retake territories along the border.

Col. Gen. Sergei Rudskoy of the Russian General Staff told reporters at a press conference in Moscow that Russian military police accompanied the U.N. peacekeepers in the mission. The peacekeeping mission was halted in 2014 amid the violence in Syrian’s civil war over security concerns.

Syria has seen spells of fighting between rebels, government forces, and Islamic State militants along the Golan Heights since the civil war erupted in 2011.

On Thursday, Israeli Defense Minister Avigdor Lieberman said the situation on the Syrian side of the boundary had returned to its pre-2011 state after Syrian government forces, supported by Russia’s military, regained control of the region.

Lieberman said Israel will have “no cause to intervene or operate in Syrian territory” if Damascus respects a 1974 disengagement agreement between the two sides — and as long as Syria doesn’t become a staging ground for Iranian forces to attack Israel or transfer arms to Hezbollah in Lebanon.

Russia announced Wednesday it had reached an agreement to keep Iranian forces 80 kilometers (50 miles) from the Syrian-Israeli frontier.

Still, in related violence, Israel’s military said Thursday that its aircraft fired on “several armed terror operatives in the southern Syrian Golan Heights” overnight and that troops were on high alert.

In Moscow, Rudskoy said Russia’s military police would establish eight of its own monitoring posts at the edge of the U.N. disengagement zone at the frontier.

“As the situation stabilizes, these posts will be handed over to Syrian government forces,” Rudskoy told reporters.

The U.N. peacekeeping forces first deployed along the frontier in 1974 to separate Syrian and Israeli forces after Israel occupied the Golan Heights in the 1967 war.

After Syria’s conflict erupted, clashes broke out between Syrian President Bashar Assad’s forces and rebels inside the disengagement zone. In 2014, al-Qaida militants in the area kidnapped 45 U.N. peacekeepers before releasing them after two weeks. The U.N. withdrew from many of its positions shortly after that incident.

Israel’s military spokesman, Lt. Col. Jonathan Conricus, said in a telephone briefing with reporters that he could not immediately comment on the deployment on the Syrian side of the border.

Conricus said the Israeli military targeted and killed seven “armed terror operatives” who had crossed into Israeli territory in the southern Golan Heights.

Israel tracked the armed infiltrators who approached the border on Wednesday night and a military aircraft struck as they attempted to cross a security fence on the Israeli side of the frontier.

A subsequent search of the area yielded several assault rifles and explosives, Conricus added. He said a preliminary assessment was that the infiltrators were Islamic State militants.

In Amman, Jordan’s Foreign Minister Ayman Safadi said that the Syrian government has not officially requested to open the Syria-Jordan border, after government forces recaptured its side of a crossing from rebels last month.

Jordan has been in discussion with Russian authorities, Safadi said, and will respond to Syria’s request “positively,” in a way that supports Jordanian and Syrian interests.