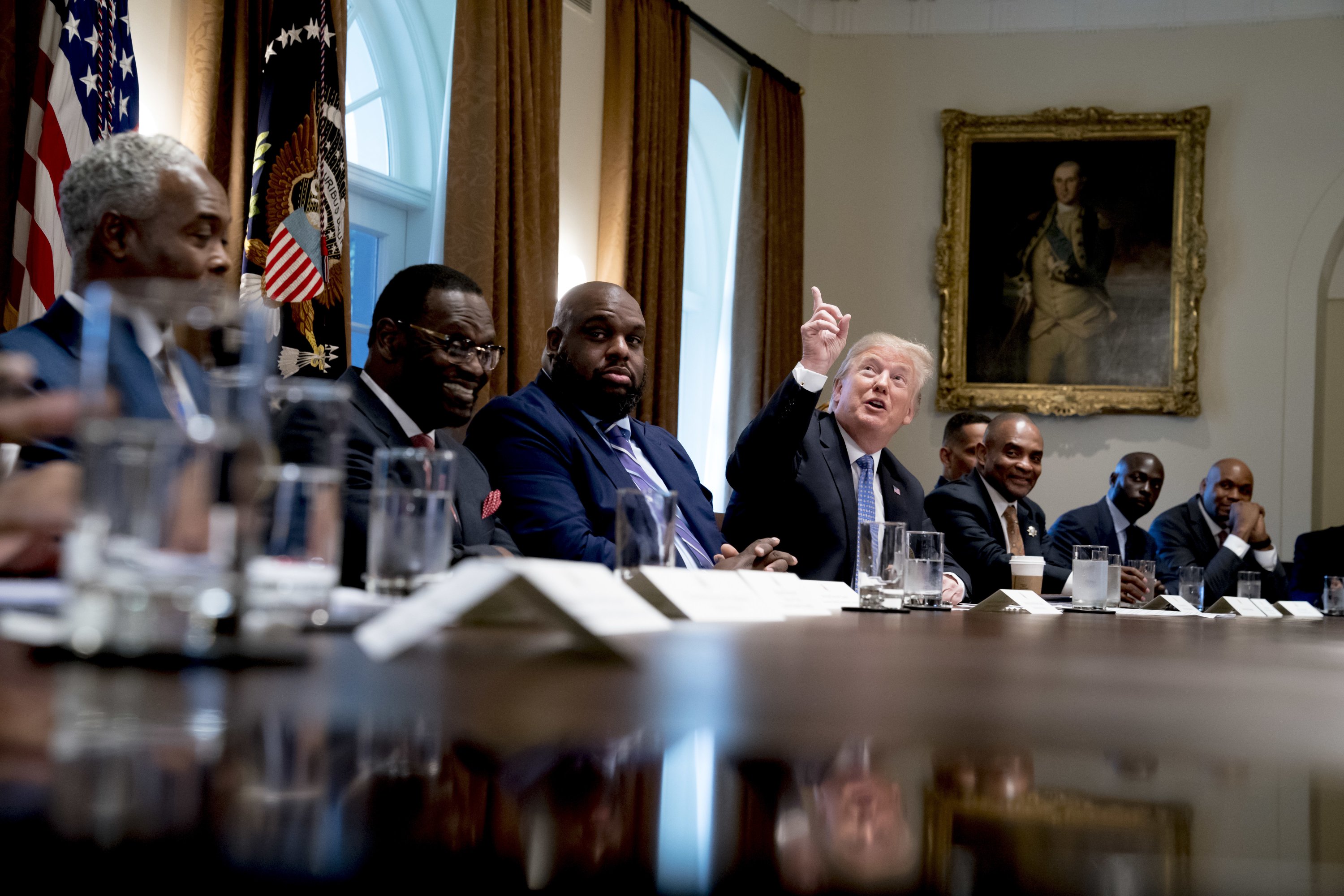 WASHINGTON — President Donald Trump bluntly declared his attorney general should terminate “right now” the federal probe into the campaign that took him to the White House, a newly fervent attack on the special counsel investigation that could imperil his presidency. Trump also assailed the trial, just underway, of his former campaign chairman by the special counsel’s team

White House press secretary Sarah Huckabee Sanders scrambled to explain that Trump’s tweet Wednesday was “not an order” and the president was not directing his attorney general to do anything.

“It’s the president’s opinion,” she said.

But Trump’s early morning tweetstorm again raised the specter that he could try to more directly bring special counsel Robert Mueller’s Russia-Trump election-collusion probe to a premature end. And it revived the idea that the president’s tweets themselves might be used as evidence that he is attempting to obstruct justice.

Meanwhile, Trump attorney Rudy Giuliani said negotiations are continuing to have Trump sit down for questions from Mueller, though the lawyer said, “I’m not going to give you a lot of hope that it’s going to happen.” He said both sides had exchanged proposals for conditions for such an interview, “and yesterday we got a letter back from them and now we’re in the process of responding.” 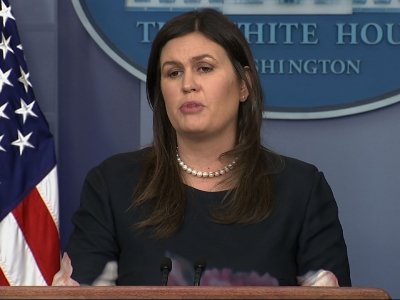 The White House says that President Donald Trump’s criticisms of the special counsel’s Russia probe is not obstruction. (Aug. 1)

Trump has raged privately in recent days that both the forces of government and the media are trying to undermine him. That includes trumped-up charges against his former campaign chairman, Paul Manafort, and distorting the outcome of the Helsinki summit to make it appear he was beholden to Russia, according to two Republicans close to the White House not authorized to speak about private conversations.

Trump was closely monitoring news coverage of the Manafort proceedings, which provoked the spate of incendiary tweets, according to the two Republicans and two White House officials.

“The president’s not obstructing, he’s fighting back,” said Sanders, dismissing the idea Trump’s tweets could be tantamount to obstruction of justice.

The most inflammatory of Trump’s tweets said, “This is a terrible situation and Attorney General Jeff Sessions should stop this Rigged Witch Hunt right now, before it continues to stain our country any further. Bob Mueller is totally conflicted, and his 17 Angry Democrats that are doing his dirty work are a disgrace to USA!”

The president’s anger came the day after the start of the trial of Manafort, who is facing federal charges of bank fraud and tax evasion. And while Mueller did not bring any election-related charges against Manafort, the specter of the Russian investigation is hanging over the Alexandria, Virginia, courthouse. And Trump’s White House.

“Paul Manafort worked for Ronald Reagan, Bob Dole and many other highly prominent and respected political leaders,” Trump tweeted. “He worked for me for a very short time. Why didn’t government tell me that he was under investigation. These old charges have nothing to do with Collusion – a Hoax!”

Later the president invoked one of the nation’s most notorious criminals, 1920s gangster Al Capone, and posed the question “who was treated worse” while airing his grievance about Manafort being held in solitary confinement ahead of a conviction. Manafort is in detention after having his bail revoked because of allegations that he was attempting to tamper with witnesses in his case. Federal prosecutors revealed last month that he was afforded unusual privileges while in detention.

Trump has spent more than a year trying to distance himself from his one-time top political aide, and to minimize the role Manafort played in his campaign. Trump’s protestations aside, Manafort worked on the campaign during a critical six-month period in 2016, during which he led the effort to ensure Trump won the Republican nomination. He oversaw the early days of the general election effort.

Sanders said Trump wants Mueller’s investigation concluded swiftly without intervention, though Trump has publicly mused as recently as May about interfering in the Department of Justice’s oversight of the probe. “At some point I will have no choice but to use the powers granted to the Presidency and get involved!” he tweeted then.

Trump has repeatedly belittled the probe as “a hoax,” as those close to him suggest he feels that any talk of Russian interference tarnishes his electoral victory and delegitimizes his presidency.

One of the president’s confidants deemed Trump in “a dark place,” seething about the longlasting probe and the media’s depiction of his White House under siege. Though long antagonistic toward the press, Trump’s anger toward the media has only grown over the past month, as he has berated coverage of his Singapore and Helsinki summits, the possible prosecutorial cooperation of his former legal “fixer” Michael Cohen and the Mueller probe.

After complaining about the tough questions he received from American reporters in Finland, Trump has largely steered clear of the mainstream media, instead opting for safer spaces like an interview with ally Rush Limbaugh this week. From the White House briefing room podium on Wednesday, Sanders declined to denounce the harassment of a CNN reporter during a Trump rally in Florida on Tuesday.

The president’s social media outburst renewed discussion of the significance of his tweets.

Rudy Giuliani, the president’s lawyer, stressed that Trump was just issuing an opinion, though he also said the White House believes “the investigation should be brought to a close.”

“I guess, if we were playing poker — we’re not — put up or shut up, what do you got?” Giuliani said. “We have every reason to believe they don’t have anything.”

When pressed by reporters on how she tells the difference between a presidential order or an opinion, Sanders said Trump makes his intentions “pretty clear.”

But the line between registering an opinion or governing by tweet has bedeviled the White House from the start, even when former press secretary Sean Spicer declared tweets could be official White House statements. Earlier this year, Trump blindsided the Defense Department when he tweeted out a transgender ban for the military, prompting the Pentagon to slow walk the program.

Mueller already is interested in some of Trump’s tweets to the extent they raise obstruction of justice concerns. Though experts believe obstruction by tweet is possible, prosecutors have to prove beyond a reasonable doubt that a particular act got in the way of an investigation and that the person who did it intended to obstruct.

The president’s tweets on Wednesday were greeted warily on Capitol Hill, with most lawmakers, regardless of party, urging Trump to let the probe run its course.

No. 3 Senate GOP leader John Thune of South Dakota said, “The idea that they should truncate it doesn’t make sense to me.” Democratic Sen. Richard Blumenthal of Connecticut went much further, declaring. There is now highly credible evidence that the president of the United States is committing obstruction of justice in real time, right before our eyes.”