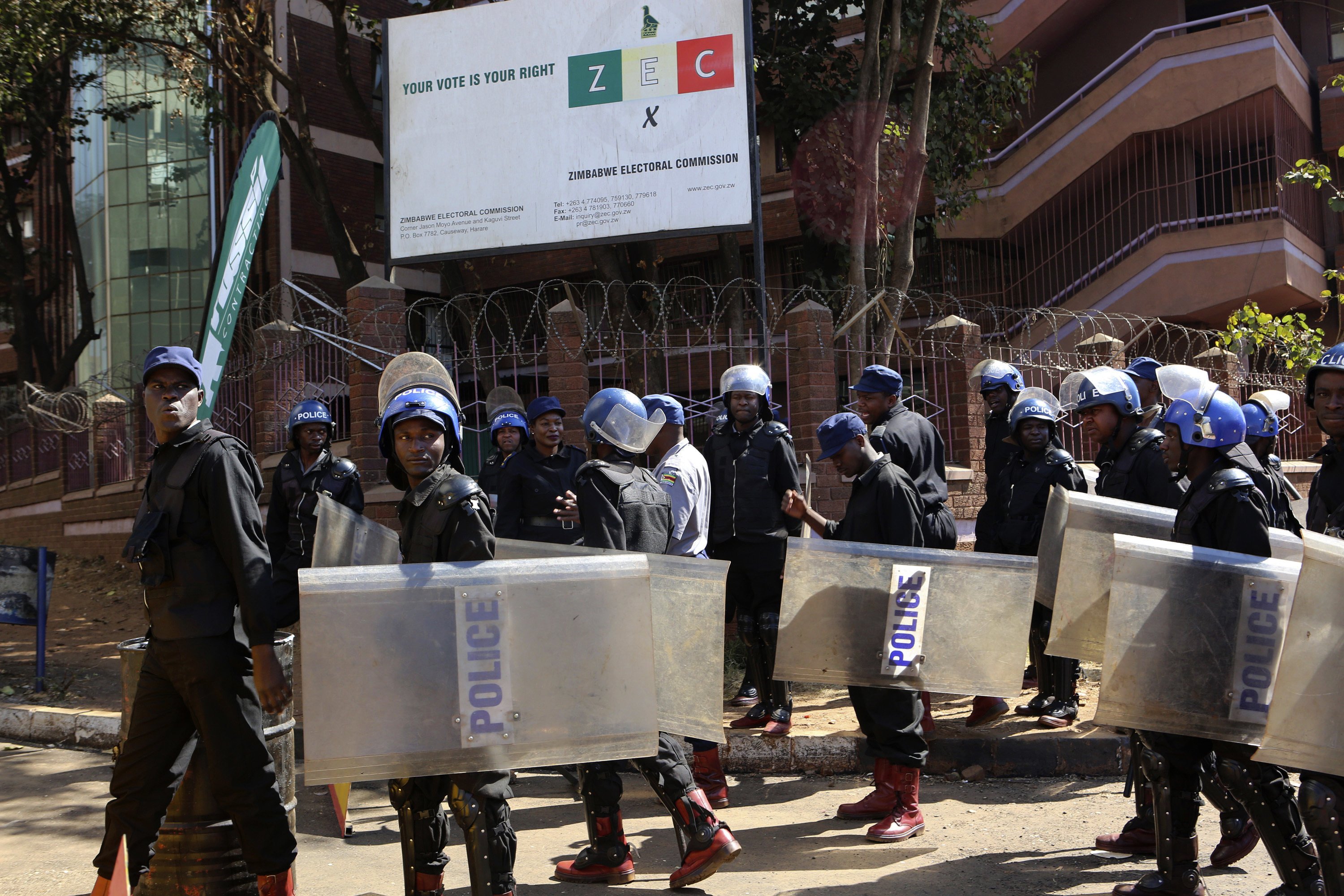 HARARE, Zimbabwe — Zimbabwe’s president said Thursday his government has been in touch with the main opposition leader in an attempt to ease tensions after deadly election-related violence, a day after he accused the opposition of inciting it.

Soldiers cleared people from the streets of downtown Harare after they swept in and used gunfire on Wednesday to disperse protesters angry over alleged vote-rigging in Monday’s peaceful election, the first without longtime leader Robert Mugabe on the ballot.

The Commonwealth joined other election observers in urging Zimbabwe to release results of the presidential vote as soon as possible to reduce the tensions, saying delays will increase speculation that results were manipulated. The electoral commission said the results would come “very soon.”

By law the commission has five days from the vote to release them, but both observers and the opposition have asked why presidential results were counted first but are being released last.

In a series of posts on Twitter, President Emmerson Mnangagwa said “we have been in communication” with challenger Nelson Chamisa and that “we must maintain this dialogue in order to protect the peace we hold dear.”

The conciliatory remarks came a day after soldiers shot live rounds and beat demonstrators, many of whom threw rocks and set fires to protest alleged election fraud. The government has said three people were killed.

The violence erupted after the Zimbabwe Electoral Commission said the ruling ZANU-PF party won a majority in parliament. The commission has said the vote was free and fair.

A credible vote is crucial to the lifting of international sanctions imposed on Zimbabwe so that its collapsed economy can recover. Elections under Mugabe’s 37-year rule were marked by violence against the opposition and alleged fraud.

Mnangagwa called for an “independent investigation” into the violence in Harare, saying those responsible “should be identified and brought to justice.”

Human rights activists and some international observers, meanwhile, criticized the military for opening fire on unarmed civilians in what they said was a disproportionate reaction to the protests and rioting.

Soldiers fired “randomly” and beat up bystanders who were not involved in the protests, said the Zimbabwe Human Rights NGO Forum.

“Yesterday’s events leave ordinary citizens with serious doubts that this government is any different from its predecessor, if not worse,” the forum said, referring to the long rule of Mugabe, who resigned in November under military pressure.

The head of the Commonwealth election observers in Zimbabwe, former Ghana leader John Dramani Mahama, condemned what he called the “excessive use of force” against protesters and said all sides should act with restraint.

Britain’s minister for Africa, Harriett Baldwin, said she was “deeply concerned” about the deadly violence and urged political leaders to ensure calm and restraint “at this critical moment.”

There was a heavy police presence around the headquarters of Chamisa’s opposition Movement for Democratic Change party.

The military deployment was the first time that soldiers had appeared in the streets of the capital since Mugabe’s departure in November. At that time, thousands of jubilant residents welcomed the soldiers as liberators.

Now some Harare residents, standing amid the shattered windows of Wednesday’s violence, expressed frustration and exhaustion.

Another resident, 29-year-old Sifas Gavanga, said: “We are a peaceful nation. We don’t deserve the death we saw that happened yesterday.”

Zimbabwean authorities now say the military will remain in the capital until “this situation is over.”