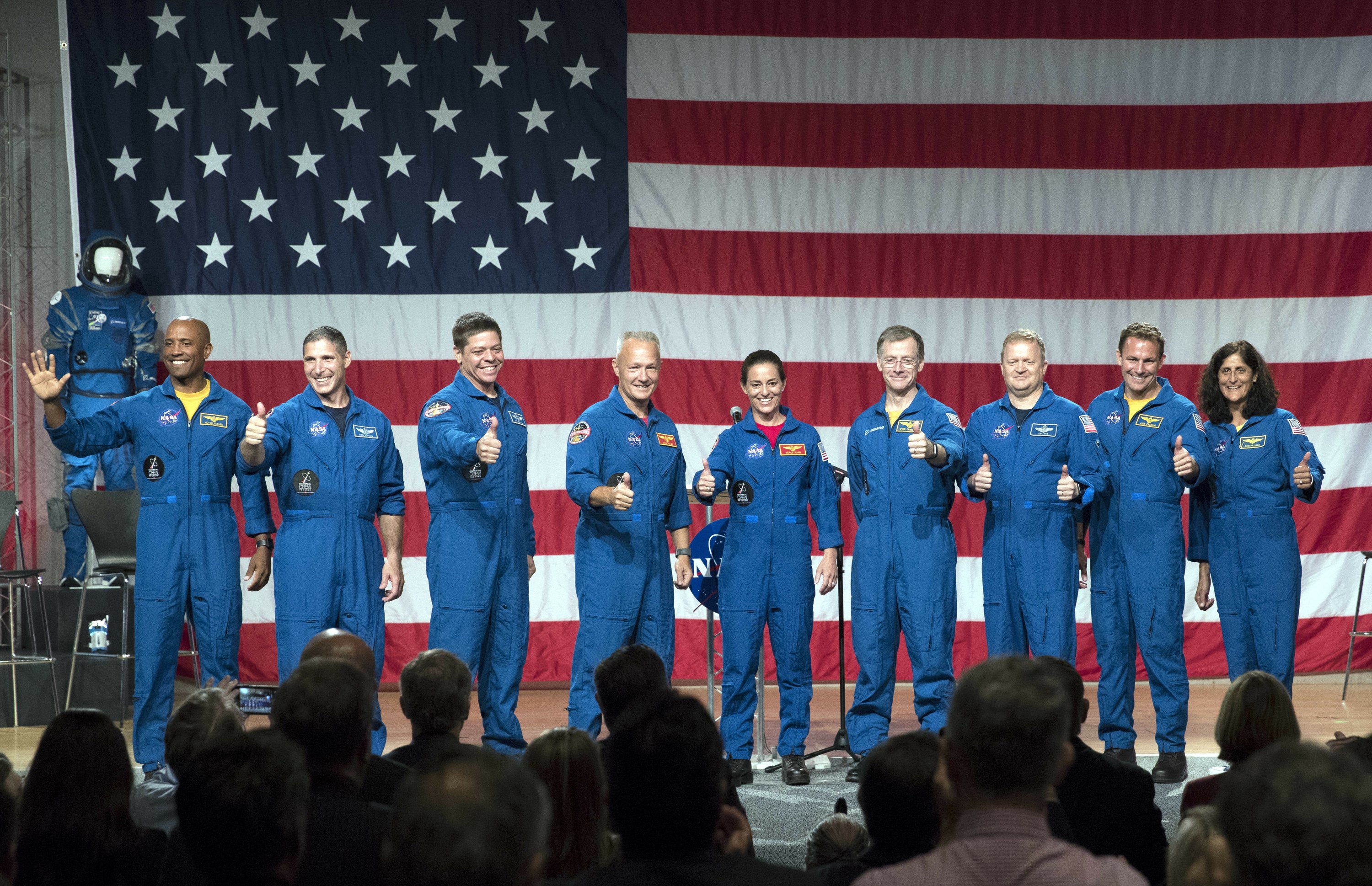 CAPE CANAVERAL, Fla. — NASA on Friday assigned the astronauts who will ride the first commercial capsules into orbit next year and bring crew launches back to the U.S.

SpaceX and Boeing are shooting for a test flight of their capsules by the end of this year or early next, with the first crews flying from Cape Canaveral, Florida, by next spring or summer.

Nine astronauts were named to ride the SpaceX Dragon and Boeing Starliner capsules — five on the first crew flights and four on the second round of missions to the International Space Station.

“For the first time since 2011, we are on the brink of launching American astronauts on American rockets from American soil,” said NASA Administrator Jim Bridenstine, who made the introductions at Johnson Space Center.

U.S. astronauts now take Russian capsules to the space station, with NASA paying as much as $82 million a seat.

Boeing’s first Starliner crew will include a former NASA astronaut who commanded the last shuttle flight in 2011, Chris Ferguson, who’s now a Boeing employee. The other commercial crew members are still with NASA. All have a military background.

The seven men and two women pumped their fists in the air and gave thumbs-up as they strode onto the stage to cheers from the crowd.

“As a test pilot, it doesn’t get any better than this,” said astronaut Nicole Aunapu Mann, a Naval aviator who will make her first trip into space on the first Starliner crew.

She later said the energy in the packed auditorium was incredible.

NASA has been paying billions of dollars to SpaceX and Boeing to develop the crew capsules to pick up where the shuttles left off, while also paying billions for cargo deliveries to the space station by SpaceX and Northrop Grumman. The cargo missions started in 2012. The crew missions have been delayed repeatedly because of the technical challenges and difficulties of making spacecraft safe for humans. A recent abort test by Boeing resulted in leaking engine fuel.

Astronaut Doug Hurley, who will be on the first crew of the SpaceX Dragon, hinted at the delays when he noted, “The first flight is something you dream about as a test pilot, and you don’t think it’s ever going to happen to you. But looks like it might.”

“Oh, it better,” Bridenstine chimed in.

SpaceX President Gwynne Shotwell took a photo of the astronauts before assuring them, “We won’t let you down.”

Boeing’s Starliners will soar on United Launch Alliance’s Atlas V rockets. Dragons, meanwhile, will fly on SpaceX’s own Falcon 9 rockets. The race to get astronauts to the space station first is real; a U.S. flag that flew on the first space shuttle flight in 1981 and the last shuttle flight in 2011, awaits the winner.

A white SpaceX launch suit and a blue Boeing launch suit stood on display behind the astronauts on stage.

Ferguson told the gathering that these new high-tech capsules will have a higher emphasis on safety than the shuttle did, with full abort systems. The group likened it to flying an iPhone, with a minimal number of switches compared with the 3,000 switches in the old shuttle cockpit.

As for being the only non-NASA guy on board, Ferguson explained later during a Reddit “Ask Me Anything” program that Boeing always uses company test pilots for first flights “and the Starliner is no exception.”

Ferguson noted he’s been involved with the Boeing capsule since the beginning.

By handing off crew and cargo runs to the space station — which will keep orbiting until at least 2024 — NASA has set its sight on the moon and Mars, developing the Orion capsule and the massive Space Launch System rocket.

“This is truly an exciting time for human spaceflight in our nation, and believe me, it’s only going to get better as we charge off into the future,” said Bob Cabana, a former shuttle commander who now heads Kennedy Space Center.