Bredesen, Blackburn win primaries in race for US Senate 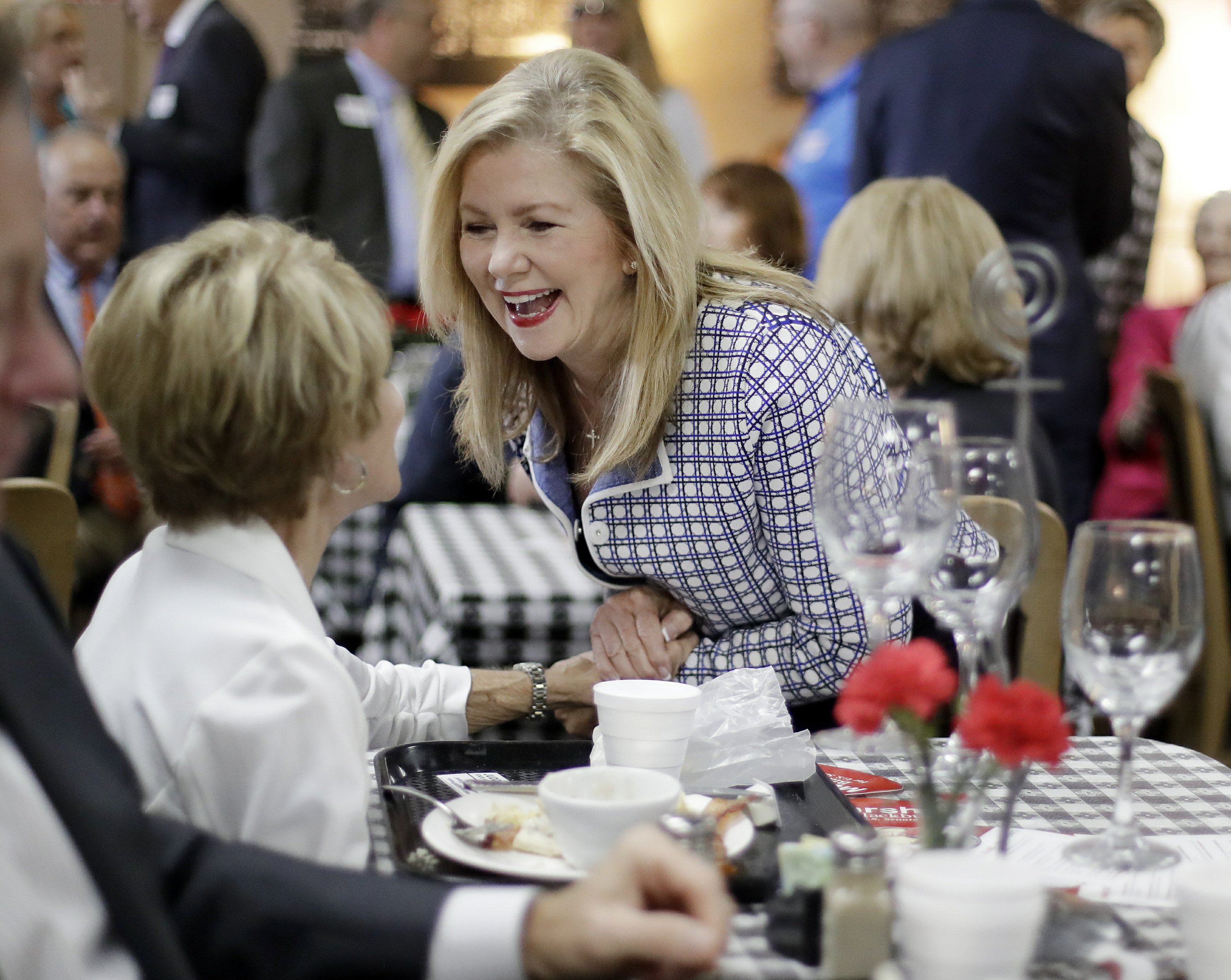 NASHVILLE, Tenn. — Former Tennessee Democratic Gov. Phil Bredesen and Republican U.S. Rep. Marsha Blackburn have been running their campaigns for a critical U.S. Senate seat like their matchup was assured.

Voters made it official Thursday.

Bredesen and Blackburn disposed of minimal opposition in their primary elections, kicking off what’s expected to a bruising, expensive fight that could determine Democrats’ chances of overturning the 51-49 Republican Senate majority.

A general election win would be historic for Blackburn, who would become the first female U.S. senator ever elected in Tennessee.

Voters faced a more competitive field in the race for the nomination to replace term-limited Republican Gov. Bill Haslam.

Taking a page from Bredesen’s playbook, Dean has touted himself as a leader who can break down partisan barriers and make divided government work during divisive political times.

Bredesen, who remains popular, is pledging to work across party lines, saying he will support Trump on policies that are good for the state, and oppose him when they aren’t.

He thanked his supporters Thursday night and vowed to be “the best damn senator you ever sent up to Washington.”

Blackburn is a strong Trump backer in a state that voted for the president by 26 percentage points in 2016. She has run in support of Trump’s agenda, including his wall-building immigration crackdown and his U.S. Supreme Court pick, Brett Kavanaugh.

“We know what Tennesseans say that they want to see in their next senator is somebody who is going to stand with President Trump to finish the agenda that they voted for when they elected him and sent him to Washington,” she told her supporters, some of whom were wearing T-shirts emblazoned “Marsha Marsha Marsha.”

Bredesen was the last Democrat to win statewide in Tennessee, where he clinched all 95 counties in his 2006 re-election as governor. He would again need to peel off support from moderate Republicans and independents in the red state. For Tennessee Democrats, it’s been an even longer drought in the Senate. The last to win was former Vice President Al Gore in 1990.

Blackburn has billed herself as a “hardcore, card-carrying Tennessee conservative” from the outset of her campaign. She has benefited from center-stage appearances alongside Trump and Vice President Mike Pence in public events and fundraisers in Tennessee.

Pence and Trump have already attacked Bredesen, saying he’s too liberal for Tennessee and would fall in line with Democratic Minority Leader Chuck Schumer.

Bredesen has countered that his record as governor shows he’s an independent thinker who won’t cave to party leaders.

Bredesen has separated himself from Trump on several policies, most notably on tariffs, which threaten an estimated $1.4 billion in Tennessee exports, according to the U.S. Chamber of Commerce, a longtime Republican ally. The exports are linked to more than 850,000 jobs in the state related to farming, steel, baked goods, car manufacturing, whiskey distillers like Jack Daniel’s, and more, the chamber said.

Blackburn has tried to distance herself from the White House carefully on tariffs amid a heightening trade war. She asked the commerce secretary to reconsider broad tariffs to avoid harm to Tennessee’s economy. She has expressed “grave concern” about the tariffs, but said she appreciates the administration’s goal of punishing bad actors like China.

Blackburn has opposed Corker’s proposal to require a congressional vote on tariffs issued in the name of national security, a move that fellow Tennessee GOP Sen. Lamar Alexander supports.

Tennessee has a history of electing centrist senators. Corker, for one, has further complicated the race by saying he’s supporting Blackburn but won’t actively campaign against Bredesen, whom he has called a friend.

Corker also has very publicly tussled with Trump, once saying he had turned the White House into an “adult day care center,” with the president tweeting in response that Corker “couldn’t get elected dog catcher in Tennessee.” Corker endured booing at a Trump-Blackburn rally in Nashville this spring.

Haslam, the popular two-term governor, threw his support behind Blackburn at a campaign event Thursday, telling her supporters that the race is about control of the Senate.

Heading into July, Blackburn maintained an early 2-to-1 cash advantage over Bredesen, with $7.3 million in her bank account. But Bredesen would be one of the wealthiest members of Congress if elected and has already loaned $3.5 million of his own money to his campaign.

There will be no shortage of campaign cash flowing through the contest, with so much at stake and outside groups yet to make much noise.