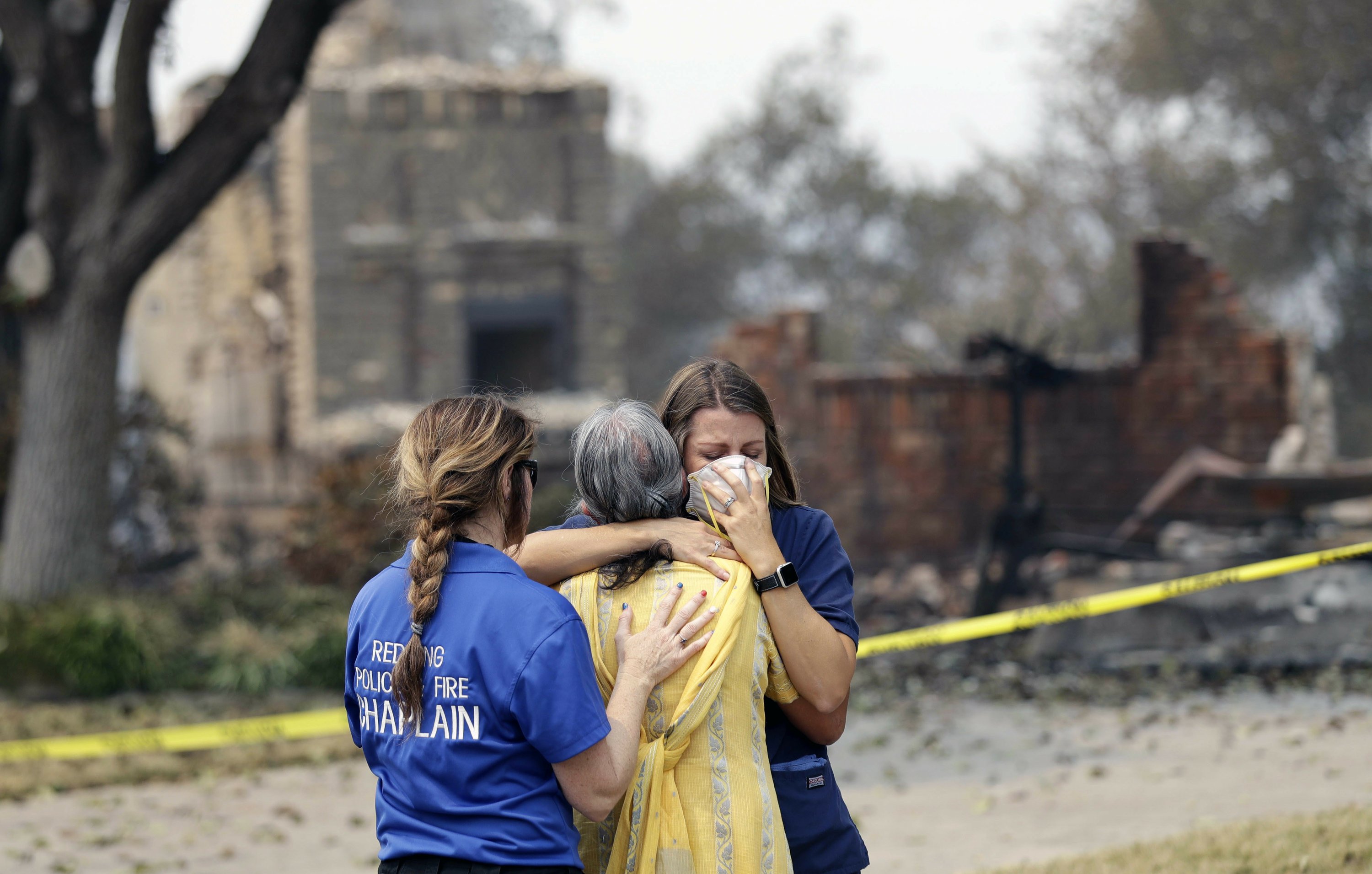 SAN FRANCISCO — A deadly Northern California wildfire burned so hot in dry and windy conditions that it birthed a record-breaking tornado of flame, officials said Friday.

They also warned of worsening conditions throughout the region.

Winds in the “fire whirl” created July 26 near Redding reached speeds of 143 mph (230 kph), a speed that rivaled some of the most destructive Midwest tornados, National Weather Service meteorologist Duane Dykema said. The whirl uprooted trees and tore roofs from homes, Dykema said.

The whirl measured a 3 on the five-level Enhanced Fujita scale, which scientists use to classify the strength of tornados, he said. California has not recorded a tornado of that strength since 1978.

That fire continues to burn about 100 miles (160 kilometers) south of the Oregon border as firefighters there and throughout Northern California brace for worsening conditions this weekend.

“This is a particularly dangerous situation with extremely low humidity and high winds. New fires will grow rapidly out of control, in some cases people may not be able to evacuate safely in time should a fire approach,” the weather service said in its bulletin for the Mendocino area north of San Francisco.

Forecasters said areas with the highest threat include the massive blaze near Redding and two fires burning next to each other around Clearlake about 100 miles (160 kilometers) north of San Francisco.

The Redding fire has grown to 206 square miles (533-square-kilometer) and has destroyed 1,060 homes and many other structures.

Two firefighters and four other people have been killed since the blaze, which ignited July 23, raced with extraordinary fury toward the region’s largest city. More than 1,300 homes remained threatened.

Wildfires typically create whirls but rarely of the strength of the one recorded July 26, Dykema said.

Whirls are created when hot air rises and twists tightly, he said. The hotter the fire, the faster the air rises and the tighter it twists until it takes off as a tornado.

To the southwest of Redding, new evacuations were ordered late Thursday at the Mendocino Complex, where twin fires have ravaged a combined 240 square miles (621 square kilometers), destroyed 41 residences and threatened 9,200 homes.

One of the fires rapidly expanded overnight.

In Sierra Nevada, firefighters achieved 41 percent containment of a 115-square-mile (298-square-kilometer) forest fire that has shut down Yosemite Valley and other adjacent portions of Yosemite National Park at what is normally the height of summer tourism.

The fire has reached into remote areas of the country’s third-oldest national park. Workers who live in Yosemite’s popular Valley region were ordered to leave Friday because of inaccessible roads.

A new report says the first firefighter, a California bulldozer operator, nearly slipped off a steep mountain trail three times before his vehicle finally rolled into a ravine and fatally crushed him.

Each earlier slip alone qualified as a “near miss” warning that the century-old mining trail could collapse, according to the Department of Forestry and Fire Protection’s preliminary report.

Braden Varney, 36, was working alone overnight July 14 fighting the wildfire while his assistant went to get a new hydraulic hose. Varney’s radio wasn’t communicating with headquarters, so his assistant relayed messages — until they lost contact.

The report says the death of the 10-year veteran highlights the need for better risk assessment, communication and supervision.

Officials have not said how the other three firefighters died fighting blazes near Yosemite and Redding.