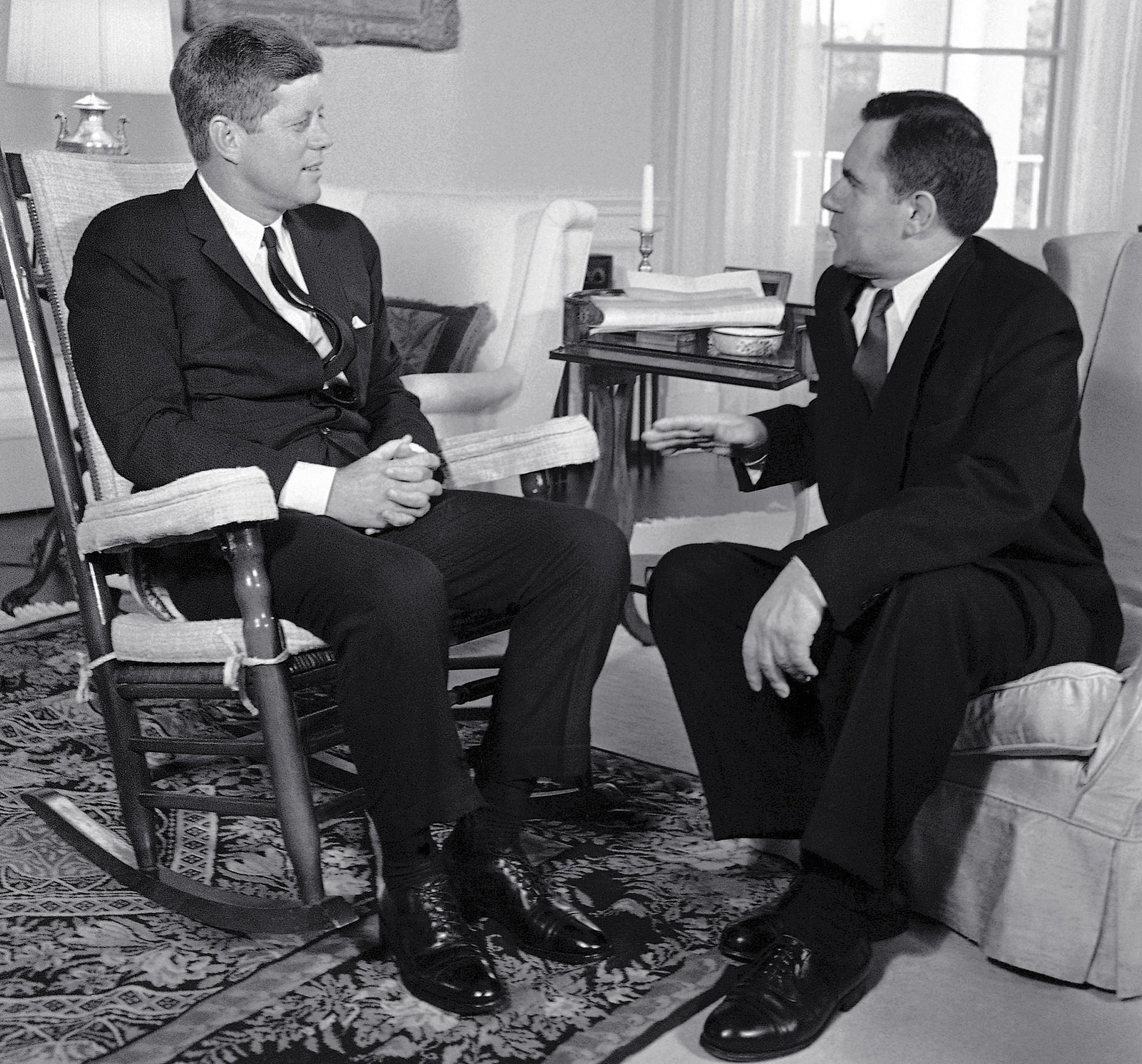 It’s probably too early to tell, but 55 years after President John F. Kennedy’s assassination, an auction of some of the most iconic items associated with the Kennedy White House fell well short of the pre-sale hype.

A rocking chair JFK used to meet with world leaders in the Oval Office sold for $50,000, and a collection of pens he used to establish the Peace Corps and sign a landmark nuclear treaty sold for $60,000 at Friday’s auction on Cape Cod, not far from the Kennedy compound in Hyannis, Massachusetts.

But a number of other intriguing items didn’t sell, including Kennedy’s last pencil doodles before his assassination in Dallas on Nov. 22, 1963, and a tie clip in the shape of the PT-109 torpedo boat Kennedy commanded during World War II.

Other items that didn’t get the minimum bid included a charcoal drawing done as a study for the slain president’s official White House portrait; handwritten notes he jotted about Vietnam around 1953; his letter opener and crystal ashtray; and his personal stereo and Jackie Gleason records.

“About half of it sold,” Josh Eldred, president of Eldred’s auction gallery in East Dennis, told The Associated Press. Buyers’ identities were not disclosed.

Even though the auction is over, buyers can still make offers, he said, adding that he’s confident the best of the memorabilia eventually will sell.

JFK’s worn, upholstered oak rocking chair had been expected to sell for up to $70,000. JFK often was photographed sitting in it while meeting with world leaders. The former president’s doctors urged him to use rockers to ease his chronic back pain.

The pens that sold were used not only to sign the Peace Corps into existence but the 1963 Nuclear Test Ban Treaty — an accord that helped steer the planet away from nuclear warfare a year after the Cuban Missile Crisis brought the U.S. and the Soviet Union to the brink.

His doodles of sailboats sold for $7,000. But his scribbles on Texas hotel stationery the day before the nation’s 35th president was shot didn’t sell.

“It may have been one of the last things he put on paper,” auction house vice president Bill Bourne said. “In fact, it probably was.”