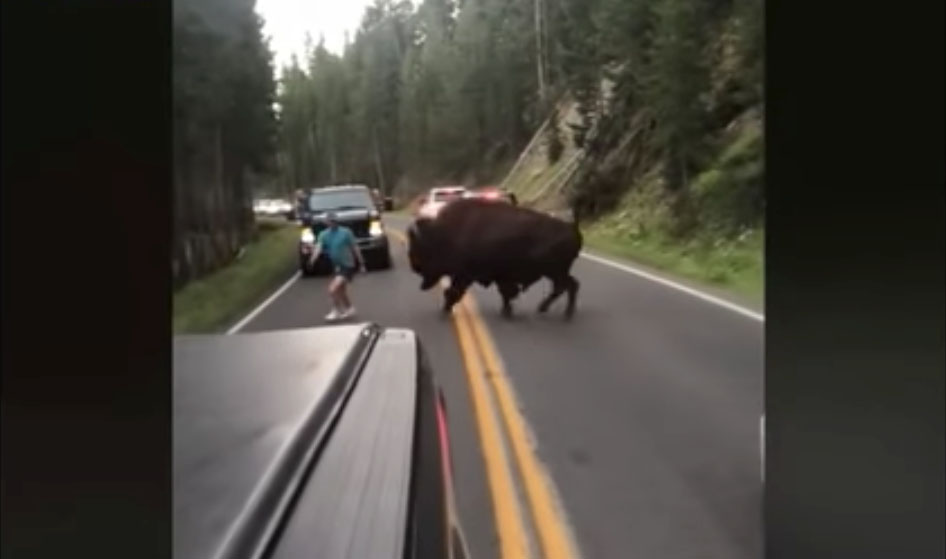 MAMMOTH HOT SPRINGS, Wyo. — An Oregon man who was caught on video harassing a bison in Yellowstone National Park was arrested in Glacier National Park in the third disturbance in less than a week at a national park, officials said Friday.

Rangers looking for Raymond Reinke of Pendleton, Oregon, found him causing a disturbance Thursday evening at the historic Many Glacier Hotel in the popular Montana park, the National Park Service said.

He remains jailed pending a hearing next week and has requested a court-appointed attorney. A message left at a phone listing for Reinke in Oregon was not immediately returned.

Reinke, 55, had been cited for drunken and disorderly conduct in a third national park, Grand Teton, last Saturday and was released on $500 bond that required him to follow the law and avoid alcohol.

Yellowstone rangers cited him three days later for not wearing a seat belt and noted that he appeared intoxicated, park officials said.

Reinke was later cited for harassing a Yellowstone bison, which another visitor captured on video. Rangers there didn’t know of his bond conditions.

After the video gained attention online and Yellowstone rangers learned of Reinke’s charges in Grand Teton, an assistant U.S. attorney asked that his bond be revoked. A warrant was issued for Reinke’s arrest.

He had told rangers he planned to travel to Glacier National Park. Rangers there were looking for his vehicle when they got a report about two guests arguing and creating a disturbance at Many Glacier Hotel.

Rangers identified one of the guests as Reinke, who was sent back to Yellowstone and appeared in U.S. court Friday.