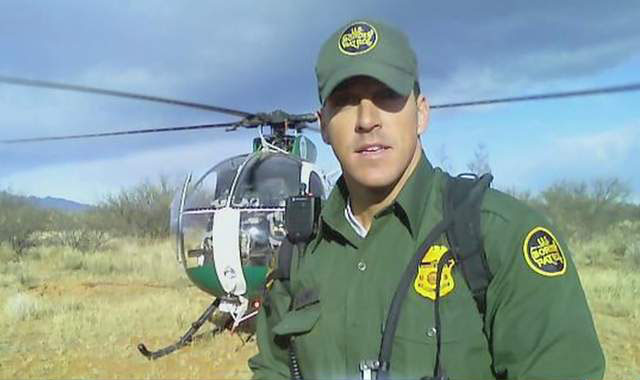 Mexican gang member Heraclio Osorio-Arellanes has been extradited from Mexico to the United States, where he faces charges including first-degree murder for the death of Border Patrol Agent Brian Terry, the Justice Department announced on Tuesday.

“The Department of Justice is pleased that the suspected killer of Border Patrol Agent Brian Terry has been successfully extradited to the United States and will now face justice for this terrible crime,” said Attorney General Jeff Sessions in a statement. “We are grateful for the efforts of the Federal Bureau of Investigation, U.S. Marshals Service and U.S. Customs and Border Protection as well as our law enforcement partners in Mexico. To anyone who would take the life of an American citizen, in particular an American law enforcement officer, this action sends a clear message: Working closely with our international partners, we will hunt you down, we will find you, and we will bring you to justice.”

According to the Justice Department, Agent Terry was shot and killed on December 14, 2010 when he and other U.S. Border Patrol agents encountered Osorio-Arellanes and four other members of a “rip crew” (a criminal gang that attempts to steal from drug and alien smugglers). Three members of the rip crew are already serving time in prison; the final member is in Mexico awaiting extradition. Two other men associated with the rip crew but who were not present at Terry’s death are also serving prison sentences.

Multiple media sources have alleged that the gun used by Osorio-Arellanes was trafficked into Mexico through gun-running programs such as President Barack Obama’s Fast and Furious program. The program, which was supposed to trace guns into Mexico as a way of stopping the smuggling, instead put high-powered guns into the hands of Mexican criminals. Liberals considered the program a failure, while some conservatives wondered if the U.S. government was abusing the situation as a way of passing gun control laws.

The Justice Department’s announcement of Osorio-Arellanes’ extradition is good news for the battle to secure our nation’s border. However, those government officials who facilitated the gun-running have never been charged. The Inspector General’s report on Operation Fast and Furious blames certain bureaucrats, but it does not blame anyone in the Obama administration whose job it was to lead and oversee the Executive Branch.