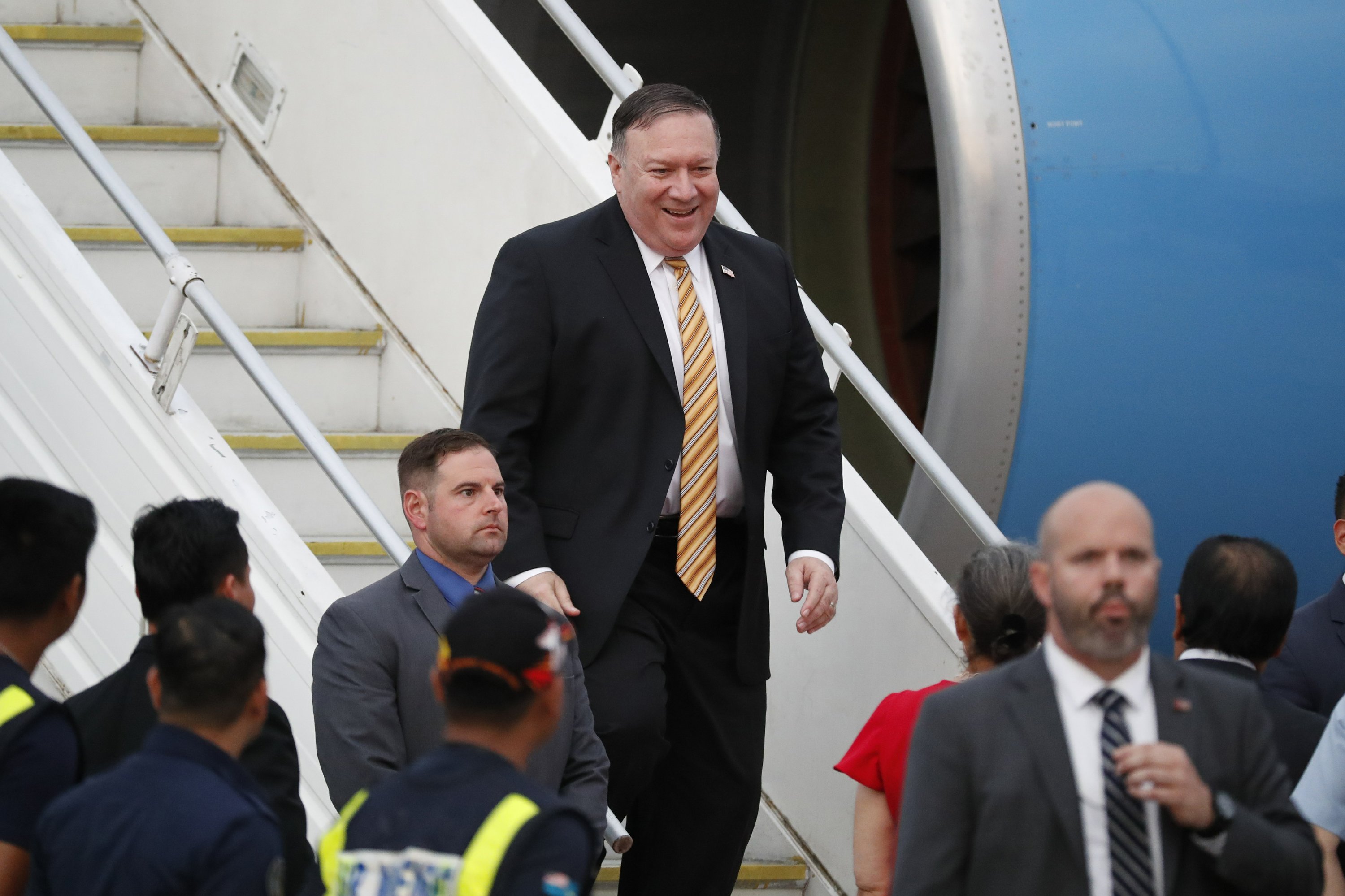 SINGAPORE — U.S. Secretary of State Mike Pompeo says North Korea is far from living up to its pledge to denuclearize and remains in violation of numerous U.N. Security Council resolutions.

Speaking Friday before he attends an Asian security forum with North Korea’s foreign minister, Pompeo told reporters in Singapore there was “still a ways to go before” achieving the goal of ridding the North of its nuclear weapons.

Pompeo’s comments came after the White House announced Thursday that President Donald Trump received a new letter from North Korean leader Kim Jong Un and responded quickly with a letter of his own. The correspondence, following up on their Singapore summit in June, came amid fresh concerns over Pyongyang’s commitment to denuclearization despite a rosy picture of progress painted by Trump.

Pompeo has taken the lead in negotiations with the North, having traveled to Pyongyang three times since April and accompanied Trump to the summit, will be in the same room on Saturday as his North Korean counterpart at the Association of South East Asian Nations annual regional forum. A separate meeting between the two was a possible, but not confirmed, according to State Department officials.

“Chairman Kim made a commitment to denuclearize,” Pompeo told reporters accompanying him to Singapore from Kuala Lumpur, Malaysia. “The world demanded that (he) do so in the UN Security Council resolutions. To the extent they are behaving in a manner inconsistent with that, they are in violation of one or both the UN Security Council resolutions, we can see we still have a ways to go to achieve the ultimate outcome we’re looking for.”

On Thursday, Trump tweeted his thanks to the North Korean leader “for your nice letter — I look forward to seeing you soon!”

The White House did not provide details on the specific content of the letter from Kim, received Wednesday, or of Trump’s reply. White House spokeswoman Sarah Huckabee Sanders said the letters addressed their commitment to work toward North Korea’s “complete denuclearization.”

Sanders said no second meeting is “locked in” as a follow-up to the Singapore summit in June, but they remain open to discussions.

Trump in his tweet expressed gratitude to Kim “for keeping your word” on the return of the remains of more than 50 American service members killed during the Korean War. Vice President Mike Pence and U.S. military leaders received the remains in Hawaii during a somber ceremony on Wednesday.

The latest letter from Kim arrived on the heels of concerns over North Korea’s ballistic missile program and commitment to denuclearization. Senior Trump administration officials have urged patience, cautioning that the process of denuclearizing North Korea and removing the threat of its long-range missiles will take time.

Trump has sought to show progress from his June 12 summit with Kim. He said during a Tuesday rally in Tampa, Florida, that the U.S. was “doing well” with North Korea and noted the return of detained Americans and Pyongyang’s ceasing of nuclear testing and missile tests. “A lot of good things are happening. No tests. No rockets flying. But we’ll see what happens,” Trump said.

The Washington Post on Tuesday reported that U.S. intelligence officials suspect that North Korea is continuing to build new missiles in the same research facility that manufactured the country’s ballistic missiles capable of reaching the United States.

The Post also reported that North Korean officials have talked about how they plan to deceive the U.S. about the size of their arsenal of missiles and nuclear warheads and facilities.