Sheriff: No motive, no 2nd shooter in Las Vegas massacre 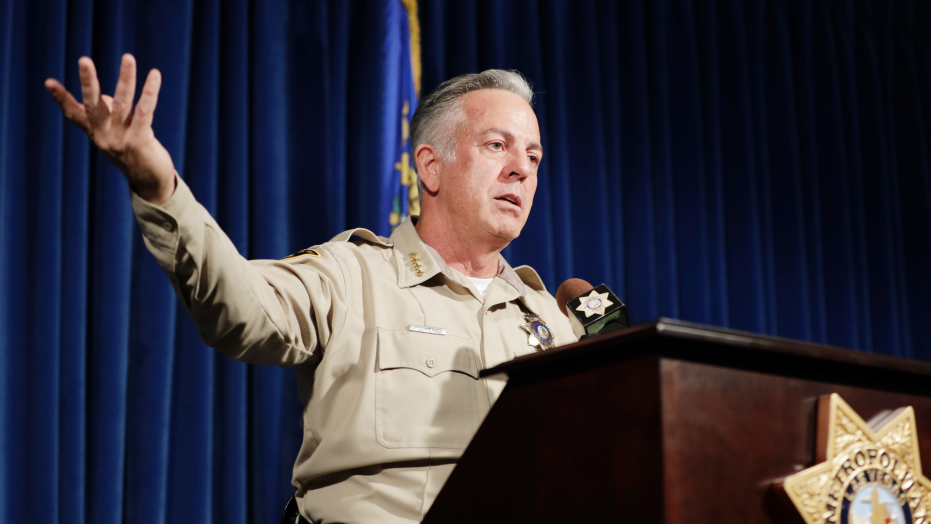 LAS VEGAS — More than 10 months after the deadliest mass shooting in modern U.S. history, police say they are closing their investigation without answering the key question: What drove a gunman to unleash a hail of gunfire that killed 58 people and wounded hundreds more?

But authorities say after hundreds of interviews and thousands of hours of investigative work, they are confident there is no evidence of a conspiracy or a second gunman.

Stephen Paddock was an “unremarkable man” who showed signs of a troubled mind leading up to the Oct. 1 shooting on the Las Vegas Strip, Clark County Sheriff Joe Lombardo said Friday. He also was a reclusive, high-stakes gambler who spent more than $1 million in the year leading up to the shooting.

Paddock, who fired across Las Vegas Boulevard from a room on the 32nd floor of the Mandalay Bay hotel into a concert crowd of 22,000 people, was the only gunman, the sheriff said.

Lombardo said that with the closure of the Las Vegas Metropolitan Police Department’s 10-month investigation, no one else will be charged in connection with the deadliest mass shooting in modern U.S. history.

Earlier this year, federal prosecutors brought criminal charges against a man who they say sold illegal armor-piercing bullets that were found in Paddock’s room. Douglas Haig has pleaded not guilty and maintains he sold tracer ammunition, which illuminate a bullet’s path.

Lombardo said that while authorities cannot answer Paddock’s motive, they are trying to leave “no stone unturned.” He said the FBI’s Behavioral Analysis Unit is expected to release a psychological profile of the gunman later this year.

Lombardo said interviews with Paddock’s doctor indicated he had a “troubled mind” but displayed no behavior leading up to the shooting that would have prompted someone to alert police.

One of the gunman’s brothers, Bruce Paddock, told investigators he had not spoken with his sibling for more than 10 years but believed he suffered from “mental illness and was paranoid and delusional,” according to a final report on the investigation. He also said he didn’t believe his brother was a “violent person” or abused drugs or alcohol.

Bruce Paddock speculated that his brother “would’ve had to be ‘very pissed off'” to carry out a violent attack, the report states.

Paddock didn’t leave a manifesto “or even a note” to answer questions about his motive, Lombardo said.

“Today it is still incredibly difficult to try to comprehend this senseless act of violence,” he said.

The report included a summary of 14 of Paddock’s bank accounts, which contained a total of $2.1 million in September 2015. By September 2017, the amount in the accounts had dropped to $530,000. Lombardo said Paddock “wasn’t as successful in the gambling as he was in the previous years.”

Investigators said over $600,000 had been paid to casinos and over $170,000 was paid to credit card companies. The analysis said Paddock also made nearly $95,000 in firearms-related purchases.

They have illustrated chaos, heartbreak and heroism from police, first-responders, concert-goers and more.

Body camera recordings made public earlier showed officers using explosives to blast through the door of a 32nd floor hotel suite to find Paddock dead on the floor from a self-inflicted gunshot. Assault-style weapons fitted with rapid-fire “bump stock” devices were strewn about the suite.

Lombardo said the department is still conducting internal reviews into individual officers’ actions on Oct. 1, including one veteran officer who froze in a hallway of the Mandalay Bay a floor below where Paddock was firing on the crowd, according to a police report and body camera footage.

Officer Cordell Hendrex acknowledged in a written police report that he was “terrified with fear,” and said, “I froze right there in the middle of the hall for how long I can’t say,” he wrote.

Body camera video shows Hendrex, a rookie officer and three Mandalay Bay security officers waiting in the hallway for about five minutes before moving to a stairwell toward the 32nd floor, where they remained for at least 15 minutes.

Officials have said the attack had no link to terrorism, but hotel owner MGM Resorts International last month invoked a provision of a federal law enacted after the Sept. 11 terror attacks.

The company wants federal courts to qualify the shooting as an act of terrorism and to declare the company has no liability to survivors or families of slain victims.