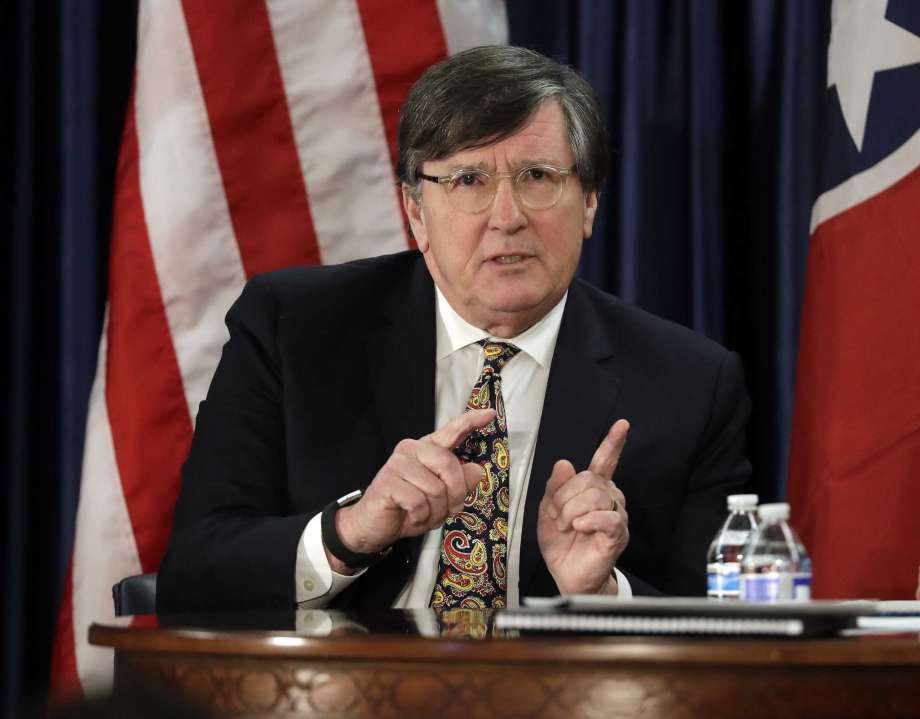 NASHVILLE, Tenn. — The Latest on the Tennessee primary election (all times local):

Lee topped U.S. Rep. Diane Black, ex-state economic development commissioner Randy Boyd and state House Speaker Beth Harwell in a race that cost more than $45 million. Much of that money came from the candidates themselves.

The candidates painted themselves as the most devoted to President Donald Trump and his tough-on-immigration priorities. They questioned each other’s allegiance to the president and his policies.

Lee called himself the race’s only conservative outsider and focused heavily on his Christian beliefs.

He ran ads saying attacking him isn’t what a leader does and some people will say or do anything to get elected.

At her primary victory party Thursday, Blackburn said Tennesseans want someone who will support the president and help him finish the agenda they elected him to implement.

She says securing the nation’s borders is crucial to stop human trafficking and gangs. She also railed against sanctuary cities.

Blackburn will face former Gov. Phil Bredesen. Bredesen rallied his supporters Thursday by telling them he’d be “the best damn senator you ever sent up to Washington.”

Dean had a huge advantage in campaign cash, outspending Fitzhugh $4.4 million to $984,800. The race was mostly cordial.

Dean has run as a moderate who says he’ll work across the aisle.

Democrats have a tough path to statewide success in Tennessee, where they need to attract moderate Republicans and independents in a state that favored President Donald Trump by 26 percentage points in 2016.

Dean even quoted Ronald Reagan in a Democratic debate.

He faces the winner of a four-way GOP primary that cost more than $45 million.

Blackburn easily advanced past minimal opposition in Thursday’s primary. She and Democratic former Gov. Phil Bredesen have long looked past the primary to an expected general election matchup.

Blackburn could become the first female U.S. senator elected by Tennessee voters. She calls herself a “hardcore, card-carrying Tennessee conservative” who would fight for President Donald Trump’s agenda.

Bredesen is running as an independent thinker who says he will work with Trump when his ideas make sense for Tennessee and oppose him when they don’t.

Former Tennessee Gov. Phil Bredesen has won the Democratic nomination for an open U.S. Senate that Democrats see as critical to their hopes of taking control of the Senate.

Bredesen blew past nominal opposition in Thursday’s primary, as expected. He and Republican U.S. Rep. Marsha Blackburn have been eying a November head-to-head matchup for months.

Bredesen is running as an independent thinker who says he will work with President Donald Trump when his ideas make sense for Tennessee and oppose the president when they don’t.

Blackburn has billed herself as a “hardcore, card-carrying Tennessee conservative” who would fight for Trump’s agenda in the Senate.

Four candidates who have spent tens of millions of dollars of their own wealth fighting over who is more devoted to President Donald Trump are facing off in the Republican primary for Tennessee governor.

The contest to succeed popular term-limited Republican Gov. Bill Haslam has attracted four leading Republicans. They include U.S. Rep. Diane Black, former state economic development chief Randy Boyd, businessman Bill Lee and state House Speaker Beth Harwell. Together, they have put some $40.2 million of their own money into the race and have spent a record $45.7 million total.

In the U.S. House, three Republican seats are open.