US wants ACLU to take lead on reuniting separated families 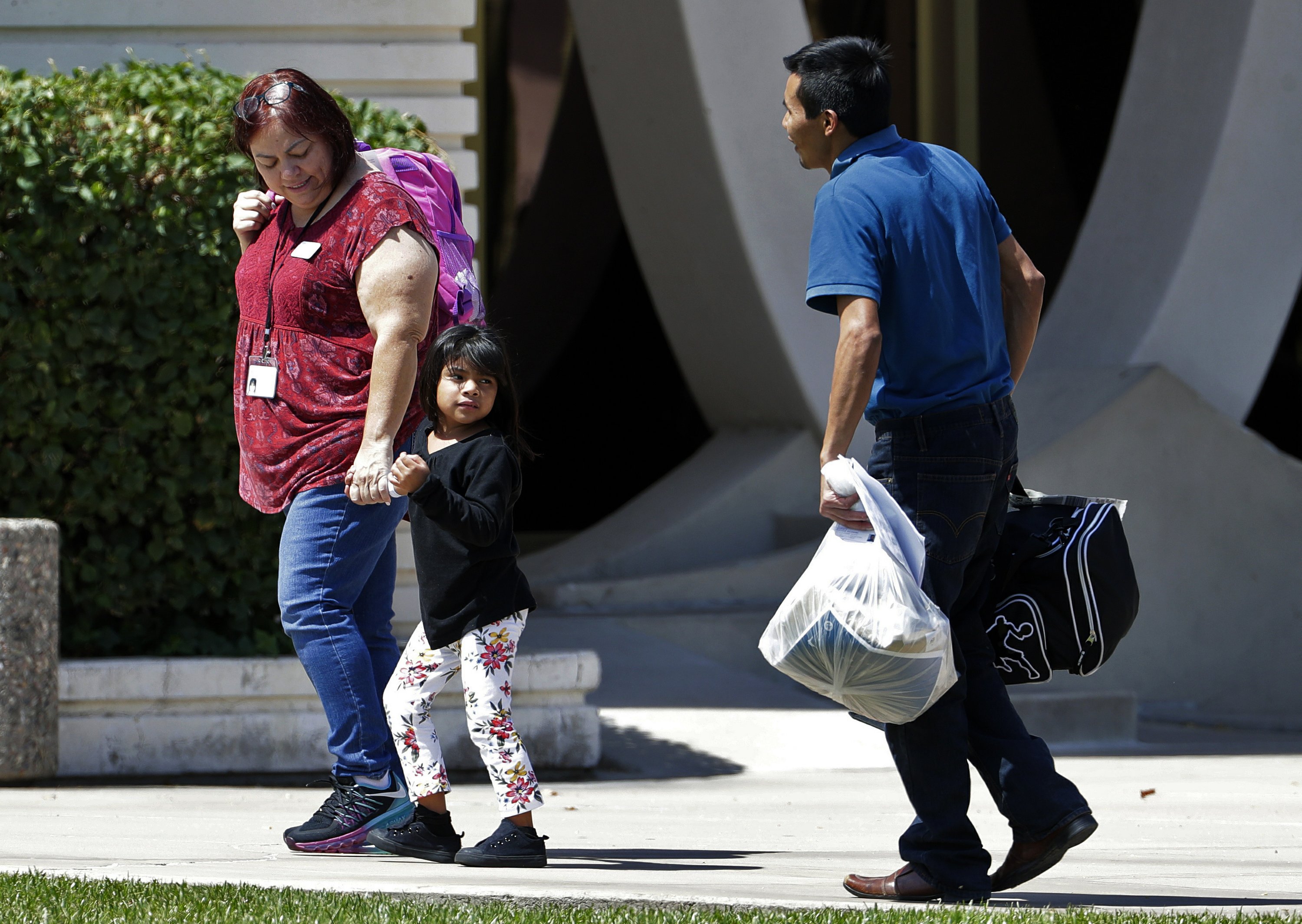 SAN DIEGO — The Trump administration and the American Civil Liberties Union on Thursday revealed widely divergent plans on how to reunite hundreds of immigrant children with parents who have been deported since the families were separated at the U.S.-Mexico border.

President Donald Trump’s administration puts the onus on the ACLU, asking that the organization use its “considerable resources” to find parents in their home countries, predominantly Guatemala, El Salvador and Honduras. The U.S. Justice Department said in a court filing that the State Department has begun talks with foreign governments on how the administration may be able to aid the effort.

The ACLU, which sued on behalf of separated parents, called for the government to take “significant and prompt steps” to find the parents on its own.

“Plaintiffs have made clear that they will do whatever they can to help locate the deported parents, but emphasize that the government must bear the ultimate burden of finding the parents,” the ACLU said in a filing, pinning blame for “the crisis” on the administration and arguing it has far more resources.

A decision on how to bridge the differences falls to U.S. District Judge Dana Sabraw, who has ordered that more than 2,500 children be reunited with their families. He was scheduled to speak with both sides in a conference call Friday.

As of July 26, 431 children whose parents were outside the country were in the custody of the U.S. Health and Human Services Department.

The ACLU said it takes “a degree of detective work” to track down contact information for deported parents, some of whom may be hiding from persecutors.

The group said the government provided home-country addresses in U.S. immigration databases with no useful information for about 120 parents. Other addresses had limited use — for example, some had “calle sin nombre” (“street without a name”) or six addresses connected to one Honduran child, all in the Mexican city of San Luis Potosi.

The proposals from both sides come a week after a court-imposed deadline to reunite more than 2,500 children who were separated from their families at the border.

The administration also asks that the ACLU consult each deported parent to determine if they wish to waive their right to be reunified with their child, a scenario that may occur if the parent wants the child to remain in the U.S. The U.S. would work with foreign governments “to determine how best to complete reunifications.”

The ACLU proposes that parents who want their children sent back home be reunited within a week and that those who want to return to the U.S. to pick up their kids be permitted under humanitarian parole, with round-trip transportation paid for by the government.

There are also differences about how to locate parents who were released in the U.S., but they appear less stark. The administration says it will meet with the ACLU to discuss what information it can provide, while the ACLU requests specific details — ranging from last known phone number and copies of birth certificates — as well as volunteers to help find the parents.

The government said last week that it had returned all 1,800-plus children to parents and sponsors who were “eligible” for reunification. But it said more than 700 adults were not eligible because they were in their home countries, have been released from immigration custody, had red flags for criminal records or other reasons, chose not to be reunited, or were still being reviewed.

Sabraw ordered the government to submit written updates every Thursday, indicating he plans to keep a close watch on the still-separated families. Each update will be followed by a telephone call the next day with both sides.

In late June, Sabraw set deadlines of July 10 to reunify dozens of children under 5 with their families and July 26 to reunify children 5 and older.