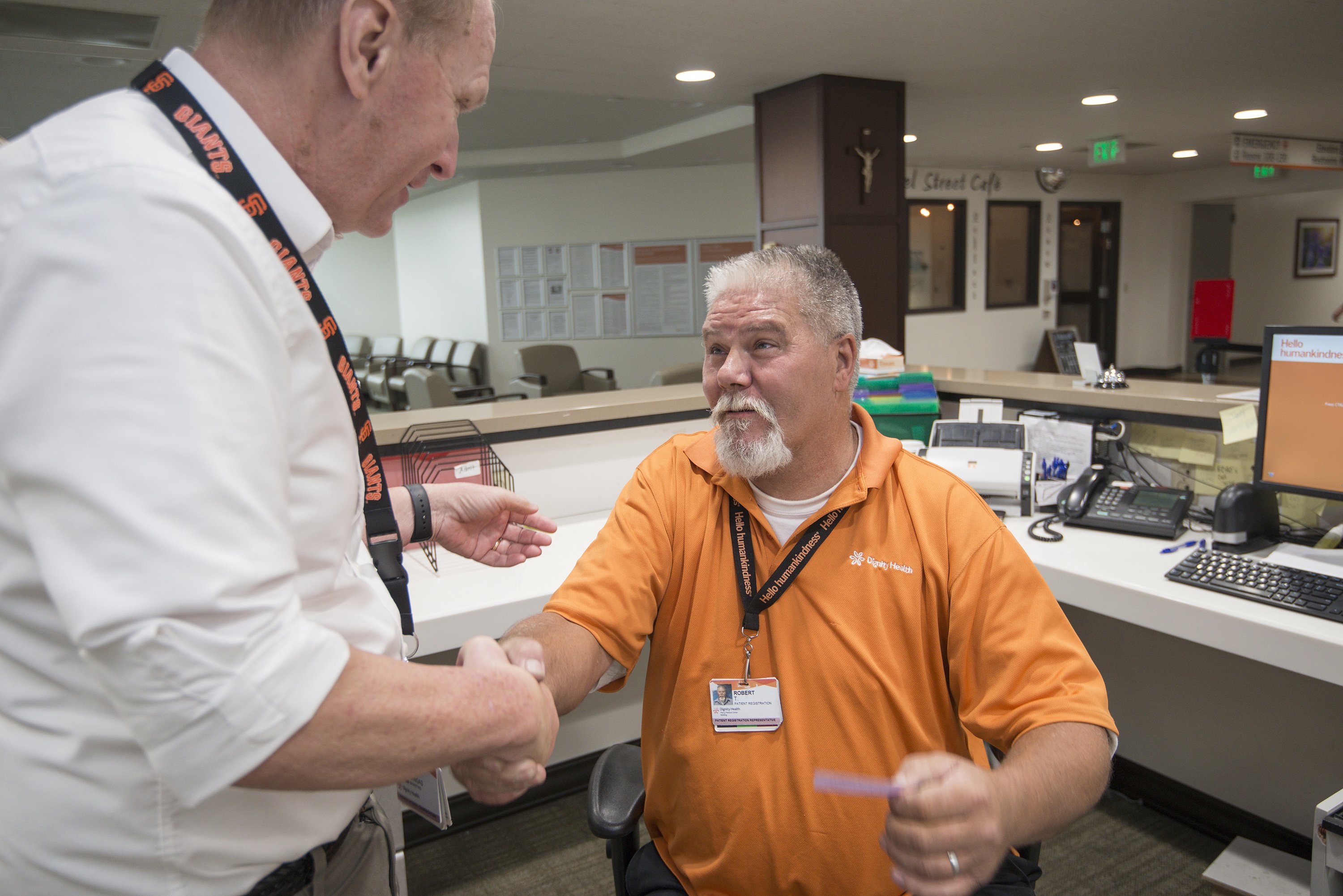 SAN FRANCISCO — For the past week Robert Tierney Jr. has been registering patients at a Northern California hospital in the mornings and checking out possible rentals after work, trying to count his blessings even though his house is one of the more than 1,000 destroyed in a deadly wildfire.

Tierney is among dozens of staff members, including doctors, nurses and others, at Dignity Health Mercy Medical Center in Redding keeping the hospital running despite losing their homes to the flames.

Tierney, 57, choked up briefly as he recalled the moment he learned from a kid on a bicycle that his house and belongings were gone, save for a wedding dress and several hampers of clothes he grabbed before leaving his neighborhood 225 miles (360 kilometers) north of San Francisco.

“I have to come to work. My wife is disabled and I have to make a living and I have a terrific job and it is my pleasure to be here, so I’m just real fortunate I have a job to come to at a time like this,” he said Thursday.

Mike Mangas, spokesman for Dignity Health North State, said 67 staff and volunteers at the hospital are without permanent shelter, their homes destroyed or too damaged to occupy. 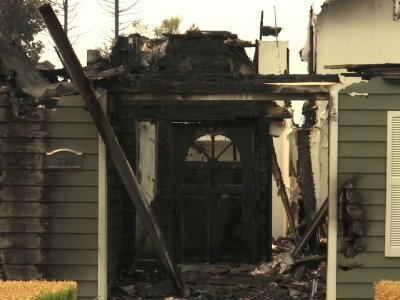 Some people in Northern California are returning to their neighborhoods to find their homes reduced to rubble. Firefighters are having some success, and officials began allowing some people to go home. (Aug. 2)

For many Californians, wildfire season has turned into a series of upheavals that starts with terror of approaching flames. The experience soon gives way to an anxious scramble for shelter, followed by tedious but tense days of waiting.

Police officers, physicians and emergency staff often don’t get much time to grieve as they deal with the chaos of evacuations and danger. The police chief in Redding and a sheriff’s deputy in Sonoma County are among those working in the wake of the sixth-most destructive fire in California history that killed six.

The damage to the region is so severe — roads are blocked by downed power poles, bridges are damaged and fires continue to burn — that more than 20,000 evacuees still have not been allowed to return to their homes.

So evacuees wait, often relying on the kindness of strangers, friends and relatives.

A young couple set up a gas grill on a Redding street corner and handed out hot dogs and hamburgers to victims. After a local radio station broadcast the couple’s good deed, the intersection soon turned into an impromptu gathering spot for evacuees and donations of additional grills, volunteers and food showed up.

Many worry when things will return to normal.

With the first day of school fast approaching, 16-year-old Samantha Barber has no idea where she will be living when her senior year starts on Aug. 15.

Barber and her mother were barred from returning to their home in tiny French Gulch last month and spent the first five nights in a hotel. They moved on to sharing a spare bedroom in a relative’s home.

“We pretty much had the clothes that were on our back,” said Barber. “It’s just breathtaking not being able to get anything, having to wash your clothes every night and go out and get laundry soap and have to buy dinner every night.”

Some residents who were spared from the destruction took in evacuees’ pets and livestock while offering recreational vehicles and spare bedrooms.

Carla DeLauder, 47, said she learned Thursday that roads to her Redding home are open. But her utility can’t verify whether power is back and she can’t risk a five-hour drive from where she and her husband are staying with the nine dogs and cats she grabbed when they fled a week ago.

The couple is staying at her parents’ home in Livermore, California, some 225 miles (360 kilometers) south of Redding but her husband, Rich King, needs to return to work. She’s had crying fits and bouts of frustration, but she’s also felt gratitude toward strangers who rescued her rooster Henry and found a temporary home for the flock she left behind.

“And all this is done by people I’ve never met,” she said. “I mean, chickens? I didn’t even consider that someone would go out to help my flock of chickens let alone rescue them.”

Area churches have thrown open their doors and the Red Cross has turned high schools into temporary shelters. Red Cross spokesman Stephen Walsh said the number of evacuees is dwindling at its five temporary shelters as firefighters get a handle on the flames, but many remain.

“People are very tired and anxious to get home,” Walsh said. “Those who have a home to go back are frustrated they can’t go home.”