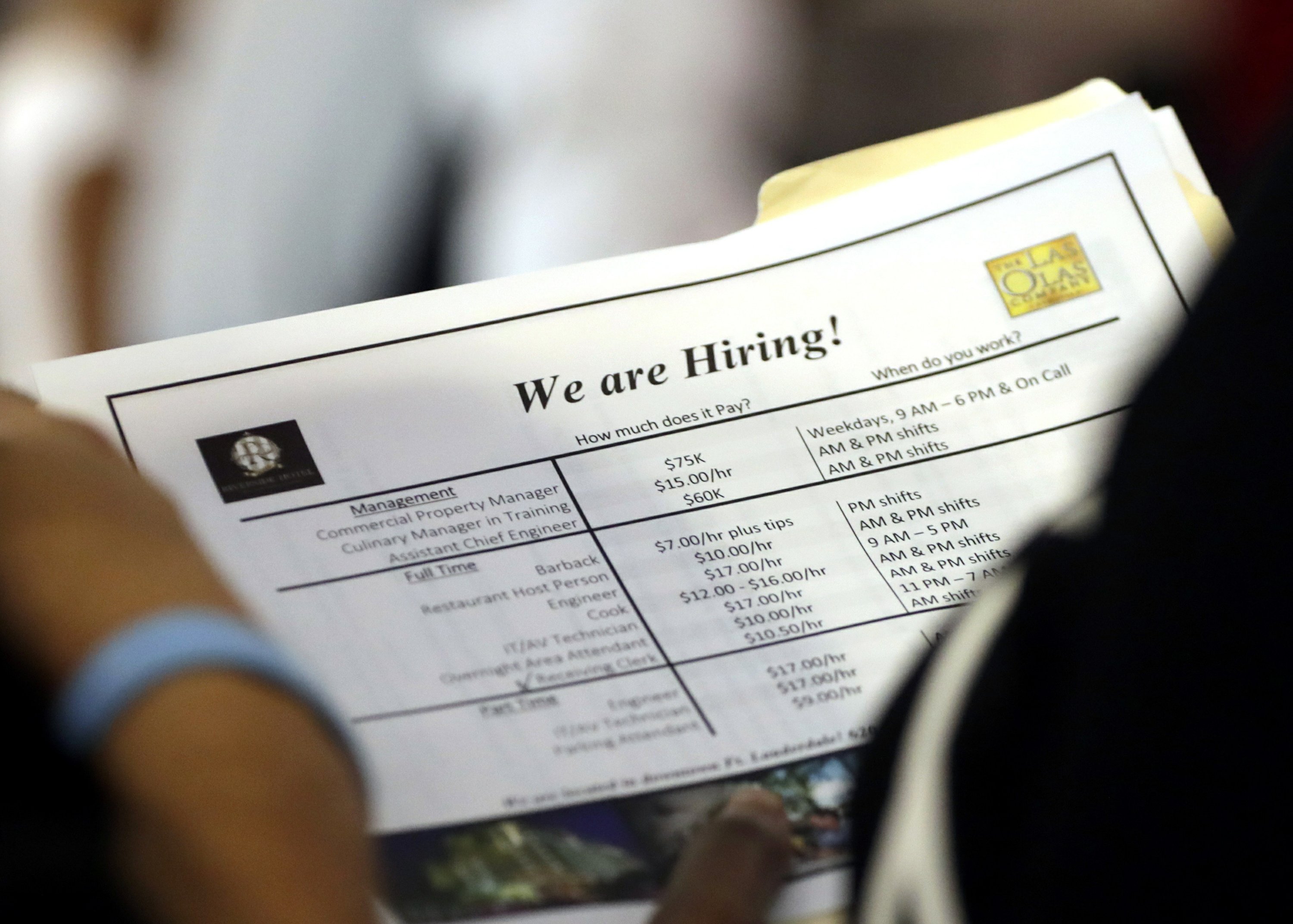 WASHINGTON — U.S. employers slowed their hiring in July, adding 157,000 jobs, a solid gain but below the healthy pace in the first half of this year.

The unemployment rate ticked down to 3.9 percent from 4 percent, the Labor Department said Friday. That’s near an 18-year low of 3.8 percent reached in May.

Employers added an average of 224,000 new workers in the first six months of this year, a faster pace than in 2017. The pickup has impressed many economists because it’s coming late in the economic expansion, which has entered its 10th year and is now the second-longest in U.S. history. 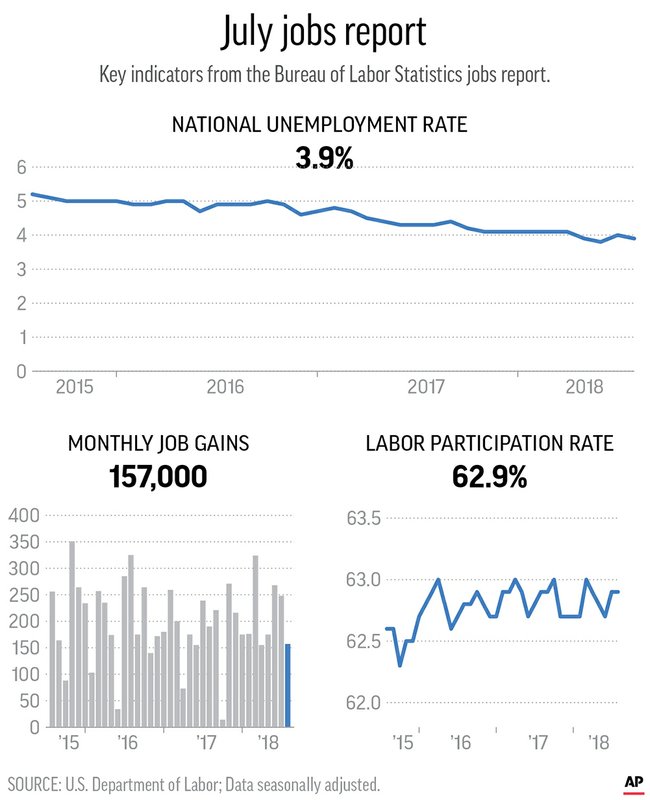 The slip in hiring last month may be temporary. Consumers are spending freely and businesses are stepping up their investment in buildings and equipment, accelerating growth. That’s raising demand for workers in industries ranging from manufacturing to construction to health care.

The economy expanded at a 4.1 percent annual rate in the April-June quarter, the strongest showing in nearly four years.

Average hourly pay gains remained modest, increasing 2.7 percent from a year earlier, the same as the previous two months. That has puzzled Federal Reserve Chairman Jerome Powell and many economists. Typically, when unemployment has fallen below 4 percent in the past, wages have increased at a faster pace.

One cloud on the horizon has been the Trump administration’s trade fights with China, the European Union, Canada and Mexico. The White House has slapped tariffs on steel and aluminum and on $34 billion of imports from China, and several companies have hit U.S. imports with retaliatory duties.

Yet the trade fights didn’t appear to impact hiring last month. Manufacturers, among the most directly affected by the import taxes, added 37,000 jobs, the most in seven months.

Manufacturers have likely benefited from oil and gas drillers nearly doubling their investment in drilling rigs and other structures this spring. That’s likely boosted factory output of steel pipe and other drilling equipment. The new spending follows a 60 percent jump in oil prices in the past year.

Companies say they are struggling to find workers, with job openings higher than the number of unemployed for the first time in decades. Many firms appear to be giving part-time workers longer hours. The number of part-time workers who would prefer full-time work has fallen nearly 13 percent in the past year and now stands at 4.6 million. That’s the fewest in 11 years.

And the underemployment rate — which includes discouraged workers no longer searching for work, as well as involuntary part-time workers — dropped to 7.5 percent, the lowest in 17 years, from 7.8 percent.

Lower-skilled workers are also benefiting from companies’ demand for labor. The unemployment rate for those without a high-school diploma fell to 5.1 percent, the lowest on record.

The economy is projected to grow at about a 3 percent pace for the rest of the year, which would likely mean that growth for all of 2018 would top 3 percent for the first time since 2005.

Strong demand from consumers and businesses sharply reduced the stockpiles of goods held on many store shelves and warehouses. Rebuilding those inventories will require additional factory output, potentially lifting growth in the third and fourth quarters.

One weak spot for economy, however, is the housing market. Sales of existing homes have fallen for three straight months and are now below a recent peak reached last November. Sales of new homes fell sharply in June.

With the economy healthy, more Americans want to buy homes, but there is a paucity of houses for sale. That has driven up home prices. Mortgage rates have also increased in the past year, lifting monthly payments and making many homes even less affordable.