Amid James flap, Melania Trump again charts her own course 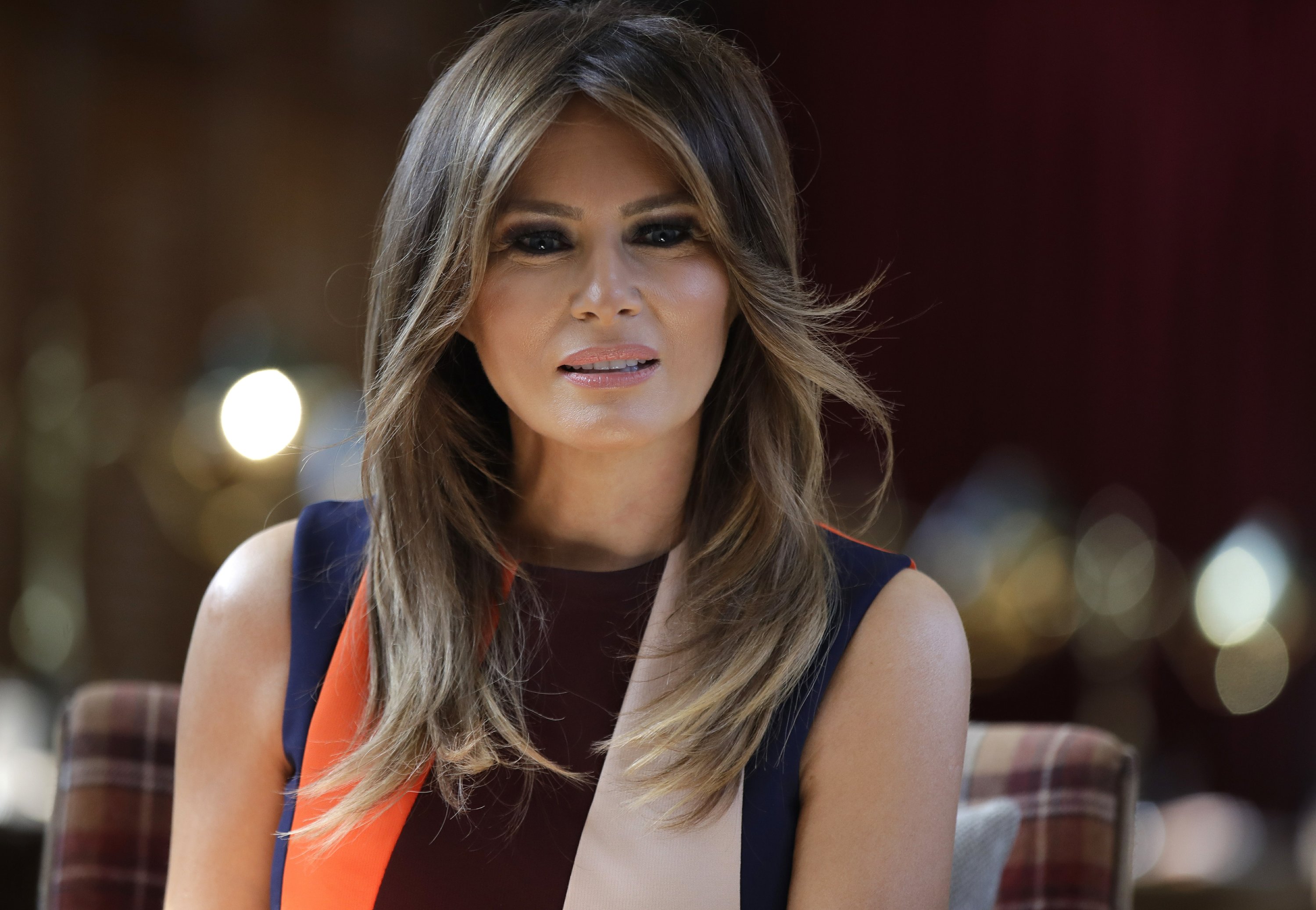 BRIDGEWATER, N.J. — A deliberately crafted statement. A conspicuous fashion choice. A sudden silence or withdrawal from the public eye.

First lady Melania Trump’s move to distance herself from President Donald Trump’s criticism of NBA superstar LeBron James was the latest instance of her quiet but seemingly concerted effort to subtly create space between herself and her husband, careful not to criticize him directly while making clear she does not agree with him.

If not full-fledged acts of defiance, the first lady’s moves to chart her own course have drawn attention and made her, to some on the left, an unlikely and hidden symbol of the “Resistance.” But to others, they translate as empty acts and do nothing to absolve her from her deep association with the president and his unpopular policies.

Her response to Trump’s broadsides on James was illustrative to the path she has more frequently taken. Trump, watching a replay of the Ohio native’s interview with CNN, derided the intelligence of one of the nation’s most prominent African-American men in a tweet. Trump has long denounced the media and rarely lets a slight go unanswered. But the attack on James, who was critical of Trump while being interviewed by another black man, to some resembled a racial dog whistle.

Melania Trump’s spokeswoman Stephanie Grisham quickly distanced the first lady from the criticism of James, responding to reporters Saturday afternoon with a statement that said it appeared James was “working to do good things on behalf of our next generation” and that the first lady would be open to visiting his new Akron school for at-risk children.

The statement was clearly meant to differentiate her views from the president’s, but a careful reading revealed an omission: It did not contain any criticism of the president or even mention his name. A White House official said Sunday that Mrs. Trump was not deliberately picking sides but rather emphasizing her priority to use her role to help children.

The fate of children was also at the heart of Mrs. Trump’s previous break from the president. In June, the ever-responsive Grisham told reporters that the first lady “hates to see children separated from their families,” a statement issued during the throes of the firestorm created by the Trump administration’s enforcement of a policy that was tearing migrants’ families apart at the southern border.

Mrs. Trump, who urged a legislative solution but said the country needed to be one that “governs with heart,” then visited kids at the border twice. The first trip was somewhat overshadowed by a curious fashion choice, as the former model sported a jacket that read “I REALLY DON’T CARE, DO U?” And then, as the controversy grew, she wore it again on the way home.

The president declared the jacket was about the “Fake News Media.” Grisham said: “It’s a jacket. There was no hidden message.”

But the East Wing of the White House, where the first lady’s office is located, has made a point, at times, to make sure that it is viewed differently than the other side of the executive mansion. After The New York Times last month reported that Trump was irate that his wife’s TV aboard Air Force One was tuned to CNN, her office chose not to ignore the piece of gossip, with Grisham instead issuing a statement that Mrs. Trump watches “any channel she wants.”

The first lady has also been unafraid to smack down some of her president’s closest allies. Earlier this year, after Trump’s attorney Rudy Giuliani said that Mrs. Trump believed her husband about Daniels, an East Wing statement rang out: “I don’t believe Mrs. Trump has ever discussed her thoughts on anything with Mr. Giuliani.”

Some observers believe that her motives are calculated.

“It’s a wink-wink strategy,” said former political adviser Tobe Berkovitz, now a professor of communications at Boston University. “It obviously helps the first lady because it shows her as thoughtful and independent, but it also helps him keep something he wants in the news.”

Paolo Zampolli, a businessman and longtime friend of Mrs. Trump, said in a telephone interview: “Our first lady is very strong. Americans are proud that our first lady has her own opinions.”

Mrs. Trump, the president’s third wife, has long been an unlikely political spouse.

A model who emigrated from Slovenia, she largely avoided the spotlight of the campaign trail and, according to confidants, did not expect her husband to win. The couple is not joined at the hip like some of their predecessors, such as Ronald and Nancy Reagan, and Mrs. Trump continued to live in New York during the opening months of the administration so their son could finish the school year. A portion of her signature pro-children initiative, BeBest, is to cut down on cyber-bullying, a laughable concept to some since her husband has weaponized his Twitter account to go after his foes.

Mrs. Trump, who went 24 days without a public appearance after undergoing kidney surgery in May, also has eschewed some of the traditional first lady duties and public appearances. Moreover, she has never commented on her husband’s alleged affairs. During the height of the Daniels saga in January, she abruptly pulled out of the president’s trip to Davos, Switzerland.

That time, in a break with recent patterns, the first lady’s office declined to give a reason why she did not appear, allowing observers to draw their own conclusions.