Tanker truck explosion in Italy kills 2, injures up to 70 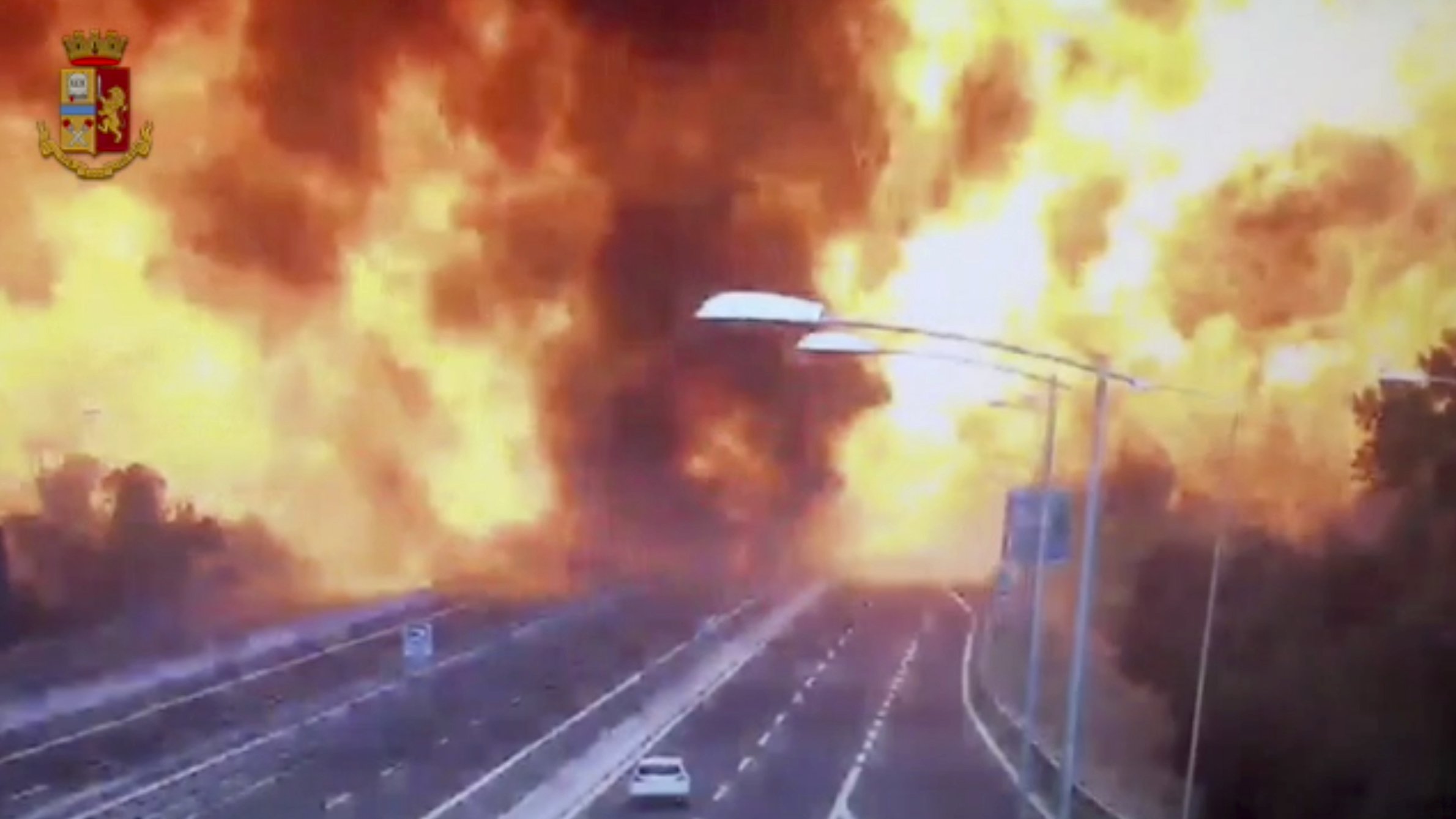 MILAN — A tanker truck carrying flammable material exploded Monday after rear-ending a stopped truck on a crowded highway near the northern Italian city of Bologna, killing at least two people, injuring up to 70 and causing part of the raised expressway to collapse.

Italian police said between 60 and 70 people were injured, some with severe burns, during the midday accident on the highway north of the city. The Carabinieri paramilitary police said some officers were injured by flying glass when the explosion caused windows in a nearby barracks to burst.

The Italian news agency ANSA reported the truck was carrying liquefied petroleum gas but officials said they could not confirm that.

A police video showed the tanker failing to break and plowing into the rear of a truck stopped in traffic, with flames exploding on impact. Another truck appeared to hit the tanker from behind. After an unspecified time lapse, during which the highway was cleared of most other vehicles, there was a second, enormous explosion, which spanned eight lanes of the highway and beyond.

Flames shot up into the air, followed by a thick black cloud of smoke. Aerial photos showed a gaping hole left in the raised highway.

The Italian television Sky TG24 said flames from the explosion set off secondary blasts in a new car lot below.

A woman living a kilometer (.6 miles) from the blast site said many residents had to leave due to the black smoke.

“I was in the house and I heard a huge bang and screams from the window. I saw a huge plume of smoke,” Crisina Felicani told Sky TG24. “There was panic in the neighborhood, because it wasn’t clear what happened.”

Several hours after the explosion, firefighters said they had extinguished the flames, ANSA reported.

Italy’s infrastructure and transport minister, Danilo Toninelli, said authorities were working to ensure that traffic would be able to move smoothly “on such a critical stretch.”

In a separate accident in the southern Italian region of Puglia, 12 farm workers were killed Monday when the van they were traveling in collided with a truck and overturned, ANSA reported.

The accident was similar to one on Saturday, when a truck laden with tomatoes crashed into a white van and four migrants died.