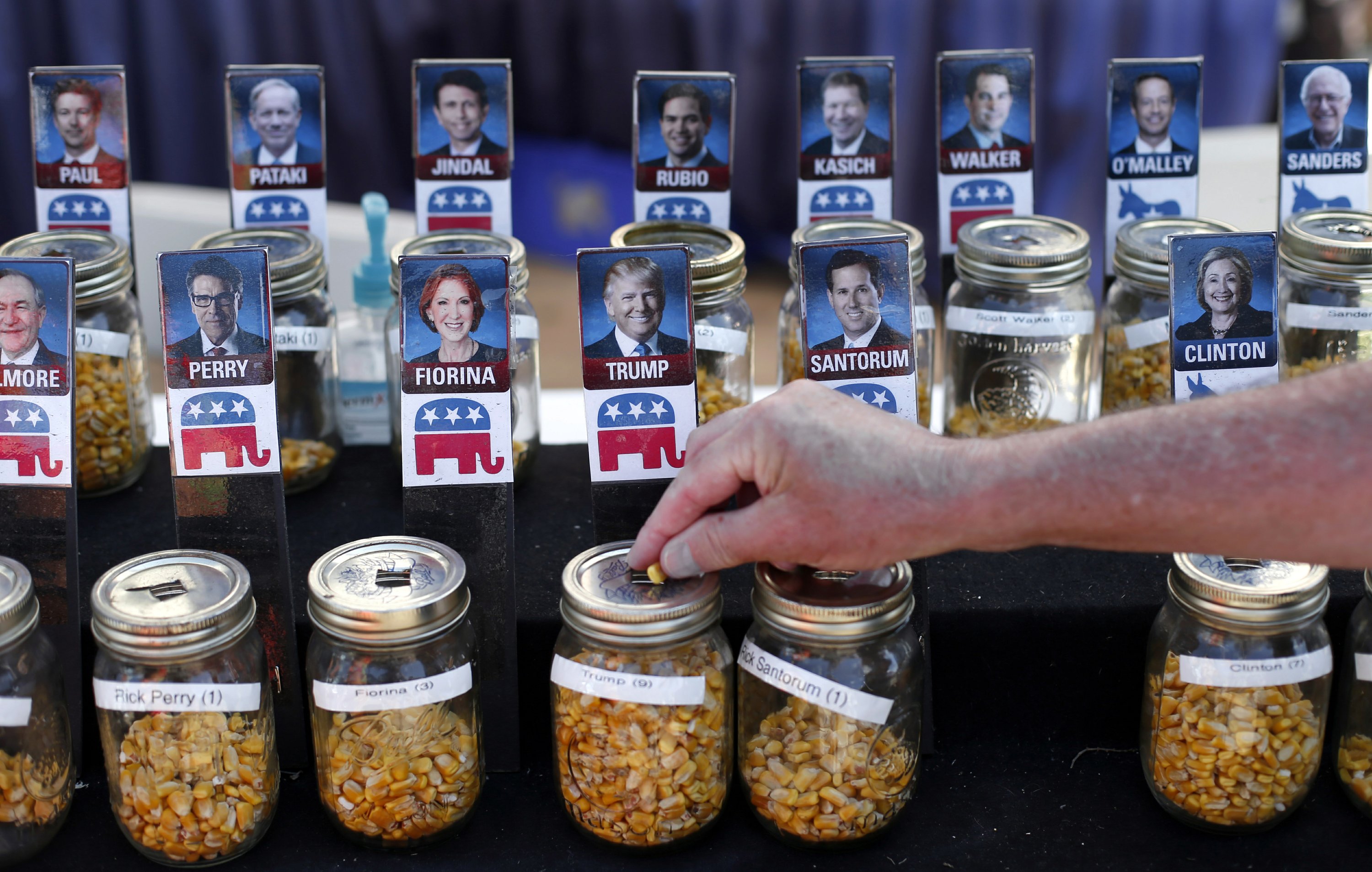 DES MOINES, Iowa — The Iowa State Fair opens this week, complete with its signature deep-fried Oreos and prize hog judging. Country star Reba McEntire will be on the grandstand, but another type of celebrity will be missing: marquee names eyeing the White House.

The fair’s time-honored mix of late-summer family fun and high-wattage political pageantry will instead feature the Democratic backbench of presidential hopefuls, including Montana Gov. Steve Bullock, former Housing and Urban Development Secretary Julian Castro and Ohio Rep. Tim Ryan. The visit generating the most buzz this week is Michael Avenatti, the lawyer for the adult-film actress suing Trump who is attending the state Democratic Party’s annual summer fundraiser.

The Democratic Party’s top stars have their reasons. Several say they are focused on ensuring the party is successful in regaining control of at least one chamber of Congress in the midterm elections. Some will be on the ballot themselves in November so they must lock down their own victory before being so bold as to go to Iowa.

Still, their absence surprises veteran Democratic activists and stokes the perennial worry about the future of the state’s early status.

The anxiety isn’t entirely misplaced. The case for giving the overwhelming white, rural state a prized role in picking the Democratic nominee has become more complicated as the party’s base becomes less white and rural. Meanwhile, other states have been challenging it on influence and candidate appeal. For aspiring politicians, the place to make an impact this cycle is Georgia, which has a hot governor’s race and a sizable African-American population.

The quiet has been observed by Iowans with typical understatement.

“It’s not as busy as I would have expected it to be,” said former Iowa Gov. Tom Vilsack, a Democrat.

“I’ve never seen us three months away from the midterms where we haven’t had people like that here,” said Sue Dvorsky, a longtime Democratic activist in Democrat-heavy Iowa City and a former state party chairwoman.

The positioning that is happening in Iowa ahead of 2020 is largely playing out in private.

Warren has spoken with Vilsack by phone several times this year, the former governor said. He has also fielded regular calls from other 2020 presidential prospects.

Biden has kept in touch with Dubuque-area Democrats, notably ahead of his June endorsement of a congressional candidate.

Sanders visited Iowa in February as a favor to his former caucus campaign director Pete D’Alessandro, who lost a June primary for a Des Moines-area House seat. He has been less guarded than his potential 2020 rivals, arguing amid his travels that the party needs to broaden its appeal everywhere.

Most others have played down any Iowa contact, except in pursuit of midterm goals.

Harris “has been very clear that her top political priority this cycle is to elect and protect more Democrats in the Senate,” said her spokeswoman, Lily Adams. “She has also made sure to put her support behind candidates who share her values and to make statehouses look more like the population of this country.”

Still, some potential candidates are dipping their toes in other early voting states. In June, Warren headlined the state Democratic Party convention in Nevada, which has the cover of a close Senate race this year. Biden endorsed his friend, South Carolina lawyer Dick Harpootlian, for state House last week.

Previous presidential prospects have often set up at least skeleton Iowa organizations by this point, in part to sow goodwill with activists who can be crucial to victory in the caucuses.

Then-Vice President Al Gore began visiting Iowa more than a year ahead of the 1998 midterms to lay down a marker that kept all but New Jersey Sen. Bill Bradley from challenging him in the 2000 caucuses.

At the same time, presumed Democratic powerhouse Hillary Clinton stayed away from Iowa during the 2006 midterm campaign while then-Sen. Evan Bayh and former Virginia Gov. Mark Warner, now a senator, tried to establish themselves early as viable challengers. They visited often in early 2006 and financed campaign staff for 2006 Iowa races.

That campaign produced the unexpected dynamic of two party superstars, as Barack Obama, then a freshman Illinois senator, decided late in 2006 to explore running for president. His rock-star reception at a September Democratic fundraiser in Iowa that year foretold the head-to-head clash of the two stars.

After losing the 2008 caucuses and the nomination to Obama, Clinton returned to Iowa in September 2014 and became the early target of Sanders, who would narrowly lose to Clinton in the 2016 caucuses and dog her throughout the primaries.

“It’s hard to be first,” Vilsack said. “You put yourself out there, and the analyzing and criticizing starts.”