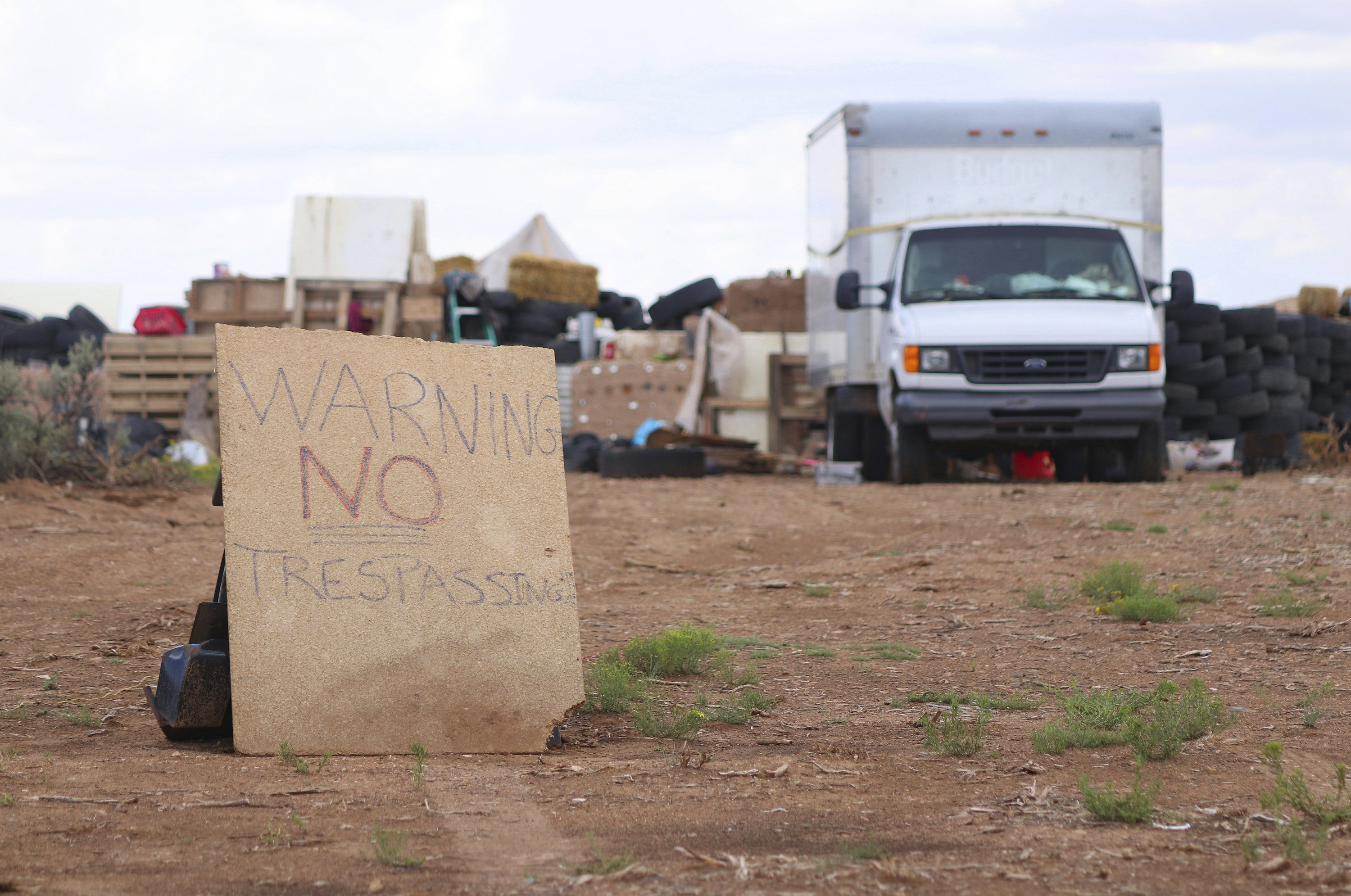 ALBUQUERQUE, N.M. — A plea for help and the search for a missing boy drew sheriff’s deputies to a desolate New Mexico compound, walled off by stacks of old tires, wooden pallets and other debris. Just past the crude “no trespassing” sign, the officers found 16 people — including 11 children — living in squalid conditions.

Children ages 1 to 15 were rescued Friday from the compound that had been under investigation for months. However, the boy reported missing from Georgia was not among them and authorities haven’t released many details about their search for him.

Authorities staged a raid after someone believed to have been in the compound sent out a message for help that said: “We are starving and need food and water.”

It wasn’t clear who sent the message or how it was communicated. Georgia detectives forwarded the message to the Taos County Sheriff’s Office.

Wahhaj was scheduled to appear in court Tuesday on a warrant from Georgia that seeks his extradition to face a charge of abducting his son, Abdul-ghani, from that state last December.

According to the extradition warrant, Wahhaj told the boy’s mother that he wanted to perform an exorcism on the child, who suffered from seizures, because he believed the 3-year-old was possessed by the devil. The mother told police that Wahhaj took the boy for a trip to a park and never returned.

Abdul-ghani was believed to have been at the Amalia compound as recently as several weeks ago, Hogrefe said.

The warrant said the boy suffered from severe medical issues including hypoxic-ischemic encephalopathy, a defect caused by lack of oxygen and blood flow around the time of birth.

Wahhaj was armed with several guns, including a loaded AR-15 assault rifle, when he was taken into custody without incident at the compound, the sheriff said.

The other man, Lucas Morton, was taken into custody on suspicion of harboring a fugitive.

The women, believed to be mothers of some of the children, have been identified as 35-year-old Jany Leveille, 38-year-old Hujrah Wahhaj, and 35-year-old Subhannah Wahhaj.

The adults each are facing 11 charges of child abuse. It wasn’t clear whether they had retained attorneys.

The public defender’s office in Taos County did not immediately return a telephone message from The Associated Press seeking comment Monday.

The sheriff said FBI agents surveilled the area a few weeks ago but did not find probable cause to search the property.