Star witness against Manafort admits embezzling from him 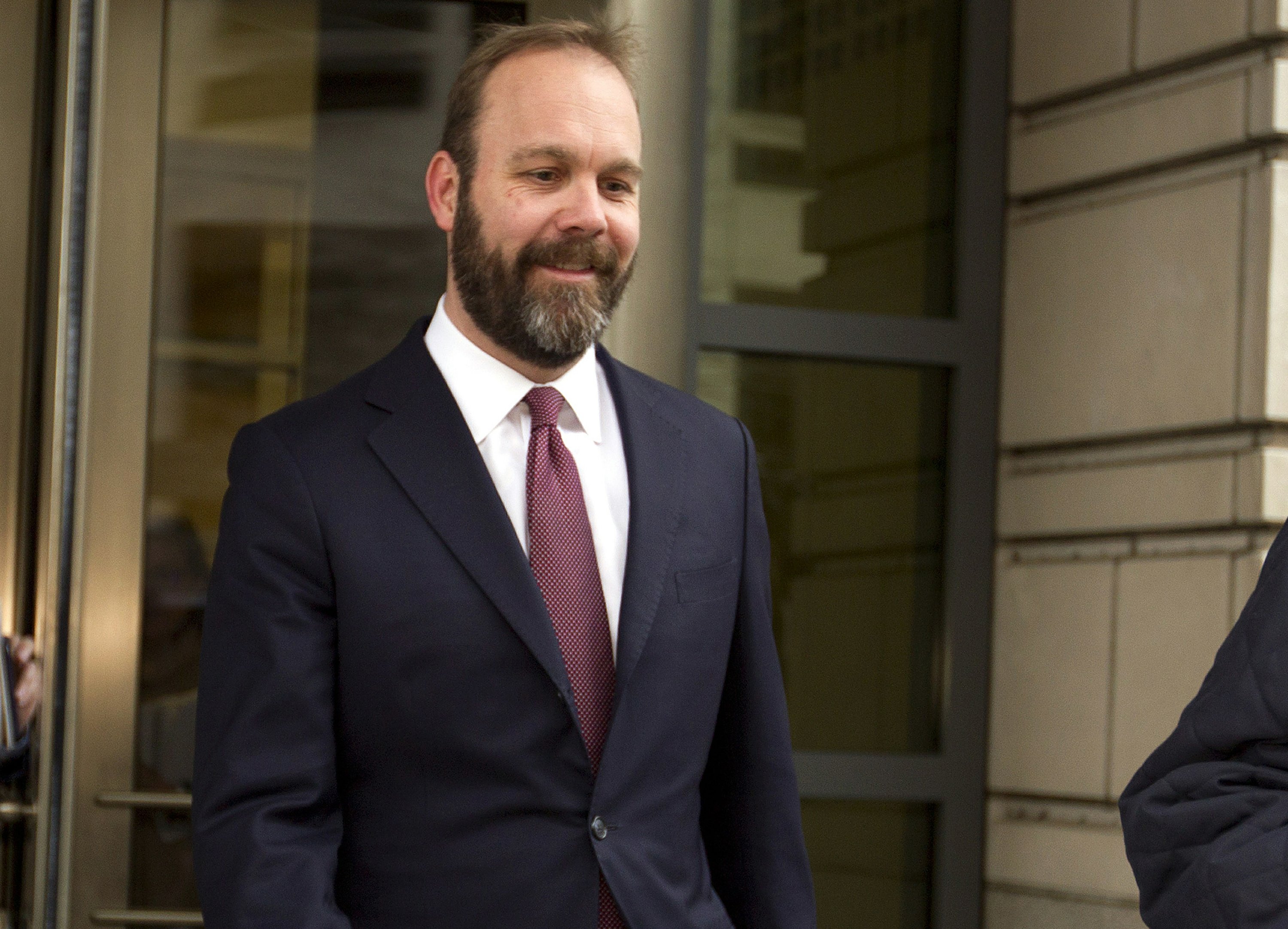 ALEXANDRIA, Va. — One day after coming face-to-face in federal court with his longtime boss, Rick Gates returns to the witness stand as the government’s star witness in the financial fraud trial of President Donald Trump’s former campaign chairman.

Gates, in hours of hugely anticipated testimony, calmly acknowledged having embezzled hundreds of thousands of dollars from Paul Manafort and said the two had committed crimes together by stashing money in foreign bank accounts and falsifying bank loan documents.

Prosecutors summoned Gates, described by witnesses as Manafort’s “right-hand man,” to give jurors the direct account of a co-conspirator they say carried out an elaborate offshore tax-evasion and fraud scheme on behalf of his boss.

Manafort and Gates were the first two people indicted in special counsel Robert Mueller’s investigation into potential ties between Russia and the Trump campaign. But Gates pleaded guilty months later and agreed to cooperate in Mueller’s investigation of Manafort, the only American charged by the special counsel to opt for trial instead of a guilty plea.

Gates is expected to continue testifying for several hours Tuesday and is expected to face a bruising cross-examination as defense lawyers try to undercut his credibility and pin the blame on him. His testimony, given in short, clipped answers as Manafort rarely broke his gaze from the witness stand, follows that of vendors who detailed Manafort’s luxurious spending and financial professionals who told jurors how the defendant hid millions of dollars in offshore accounts.

Gates, who is awaiting sentencing, told jurors that he siphoned off the money without Manafort’s knowledge by filing false expense reports. He also admitted to concealing millions of dollars in foreign bank accounts on Manafort’s behalf and to falsifying loan applications and other documents to help Manafort obtain more in bank loans.

“We didn’t report the income or the foreign bank accounts,” Gates told jurors, noting that he knew he and Manafort were committing crimes each time.

Gates, who also served in a senior role in Donald Trump’s presidential campaign, read off the names of more than a dozen shell companies he and Manafort set up in Cyprus, St. Vincent and the Grenadines and the United Kingdom to stash the proceeds of Manafort’s Ukrainian political consulting work.

Gates, who also served in a senior role in Trump’s presidential campaign, said he repeatedly lied to conceal the bank accounts and, at Manafort’s direction, would classify money that came in as either a loan or income to reduce Manafort’s tax burden.

The criminal case has nothing to do with either man’s work for the Trump campaign and there’s been no discussion during the trial about whether the Trump campaign coordinated with Russia — the central question Mueller’s team has tried to answer. But Trump has shown interest in the proceedings, tweeting support for Manafort and suggesting he had been treated worse than gangster Al Capone.

U.S. District Judge T.S. Ellis III, who repeatedly interrupted prosecutors last week as they tried to present evidence about Manafort’s lavish life such as $900,000 in expensive suits and a $15,000 ostrich jacket, clashed again with prosecutor Greg Andres on Monday when Andres delved into the status and identities of the Eastern Europeans who made payments to Manafort.

Ellis said all that’s relevant is that Manafort was paid and whether he hid the income from the IRS.

“It doesn’t matter whether these are good people, bad people, oligarchs, Mafia. … You don’t need to throw mud at these people,” Ellis said.

Andres said he was entitled to show the jury why Manafort was getting tens of millions of dollars in payments.

“When we try to describe the work, Your Honor stops us and tell us to move on,” he said.

Prosecutors say Manafort used those companies to stash millions of dollars from his Ukrainian consulting work, proceeds he omitted year after year from his income tax returns. Later, they say, when that income dwindled, Manafort launched a different scheme, shoring up his struggling finances by using doctored documents to obtain millions more in bank loans.

All told, prosecutors allege that Manafort failed to report a “significant percentage” of the more than $60 million they say he received from Ukrainians. They aimed to show jurors how that money flowed from more than a dozen shell companies used to stash the income in Cyprus.

On Friday, a tax preparer named Cindy Laporta admitted that she helped disguise $900,000 in foreign income as a loan to reduce Manafort’s tax burden. Laporta, who testified under an immunity deal with the government, acknowledged that she agreed under pressure from Gates to alter a tax document for one of Manafort’s businesses.

Under cross-examination Monday, defense attorney Kevin Downing pressed Laporta on the complexities of Manafort’s finances as he worked to paint a picture of a political consultant who left the details to professionals and, in particular, to Gates.

Downing also accused Gates of embezzling “millions,” a higher amount than Gates later admitted to in his testimony.

Laporta said she had grown to distrust the information Gates was providing her, though she didn’t know about the embezzlement.

But she said she believed Manafort was directing Gates’ efforts to disguise loans and conceal income, noting that Manafort was copied on her email traffic with Gates.

“In most instances, it was clear that Mr. Manafort knew what was going on,” she said.