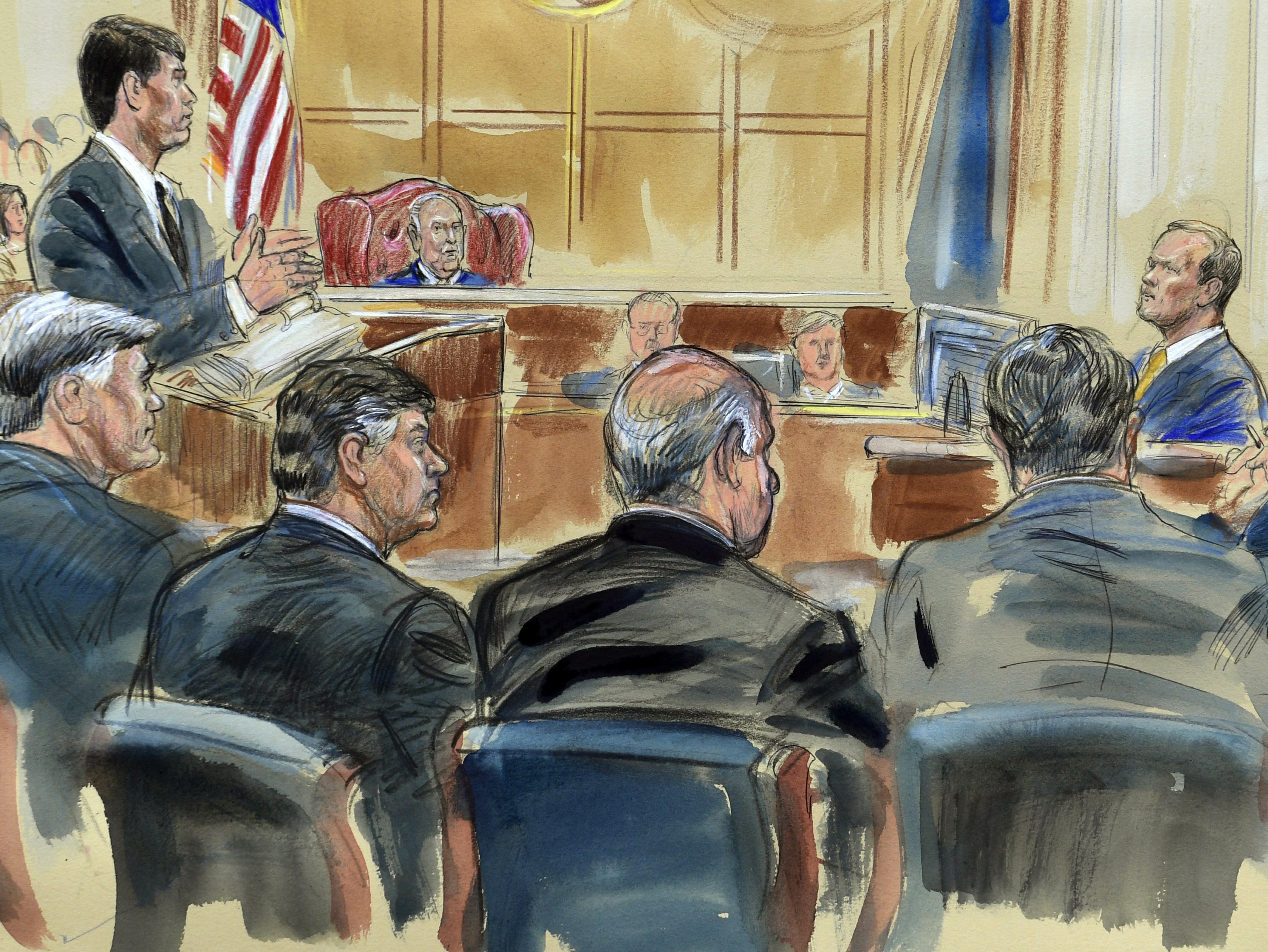 ALEXANDRIA, Va. — Paul Manafort and Rick Gates shared a long business partnership that took them to the helm of Donald Trump’s 2016 presidential campaign.

Now the former mentor and his protege are facing off 10 feet apart in a packed federal courtroom as Manafort, Trump’s onetime campaign manager, stands trial on financial fraud charges, with Gates the government’s star witness against him.

Some scenes from the courtroom:

The criminal case isn’t about Trump or either man’s work for the campaign. Still, Trump hovers over the trial — literally at one point, when prosecutors magnified a portion of a memo that included Trump’s name. And Trump has shown interest in the proceedings, tweeting support for Manafort.

THEY MET AT 1995 CHRISTMAS PARTY

Gates said he first met Manafort at a Christmas party in 1995 when Gates was an intern at the lobbying firm, Black, Manafort, Stone and Kelly, where Manafort was a partner. Gates said he didn’t know Manafort well then, but a decade later, the two started a close business relationship that he says morphed into a criminal scheme.

The two came face-to-face in U.S. District Court on Monday. Clean-shaven and attired in a dark blue suit, Gates avoided eye contact with Manafort as he matter-of-factly described how they had committed crimes together — and how Gates had embezzled hundreds of thousands dollars from his former boss.

Manafort’s gaze bored into his former protege from just a few feet away.

Even as he testified against him, Gates still praised Manafort, describing his former boss as “one of the most politically brilliant strategists I’ve ever worked with.”

The scene was less tense Tuesday when Gates resumed his testimony and Manafort’s lawyers prepared to grill him on cross examination. This time, as Gates fielded questions from prosecutor Greg Andres, Manafort sometimes looked at Gates but also appeared to stare intently at documents displayed for the jury.

Their partnership took them to the Trump campaign in 2016, with Manafort as chairman and Gates as his deputy. Gates was copied in on Manafort’s emails, attended events in Manafort’s place and generally carried out his boss’ wishes.

After Manafort left the campaign, Gates stayed on in an under-the-radar role, even helping to organize Trump’s inauguration festivities.

But that was a short-lived success. A federal investigation was soon to come.

Before the campaign, according to Gates’ testimony, the two had quietly committed crimes in a scheme spanning continents and featuring faked invoices, fancy suits and at least one Ukrainian oligarch.

Gates testified that Manafort was paid for Ukrainian political consulting work, but that the money was classified as loans instead of income to decrease taxable income. Gates says he didn’t report the money as income.

Trump’s name surfaced — in a subtle way — during Gates’ testimony.

Prosecutors introduced a March 2013 document that Gates said was a business agenda for a weekly meeting he had with Manafort, his boss at DMP International, Manafort’s consulting firm.

One subheading was titled “Yanks” — a reference to Manafort’s New York Yankees season tickets — and said “tickets going to Trump next week.”

Prosecutors put the memo on the screen for jurors to see, and the portion with Trump’s name was blown up for less than a minute. It was unclear if the document referred to the president or to his namesake tower in Manhattan where Manafort owned an apartment.