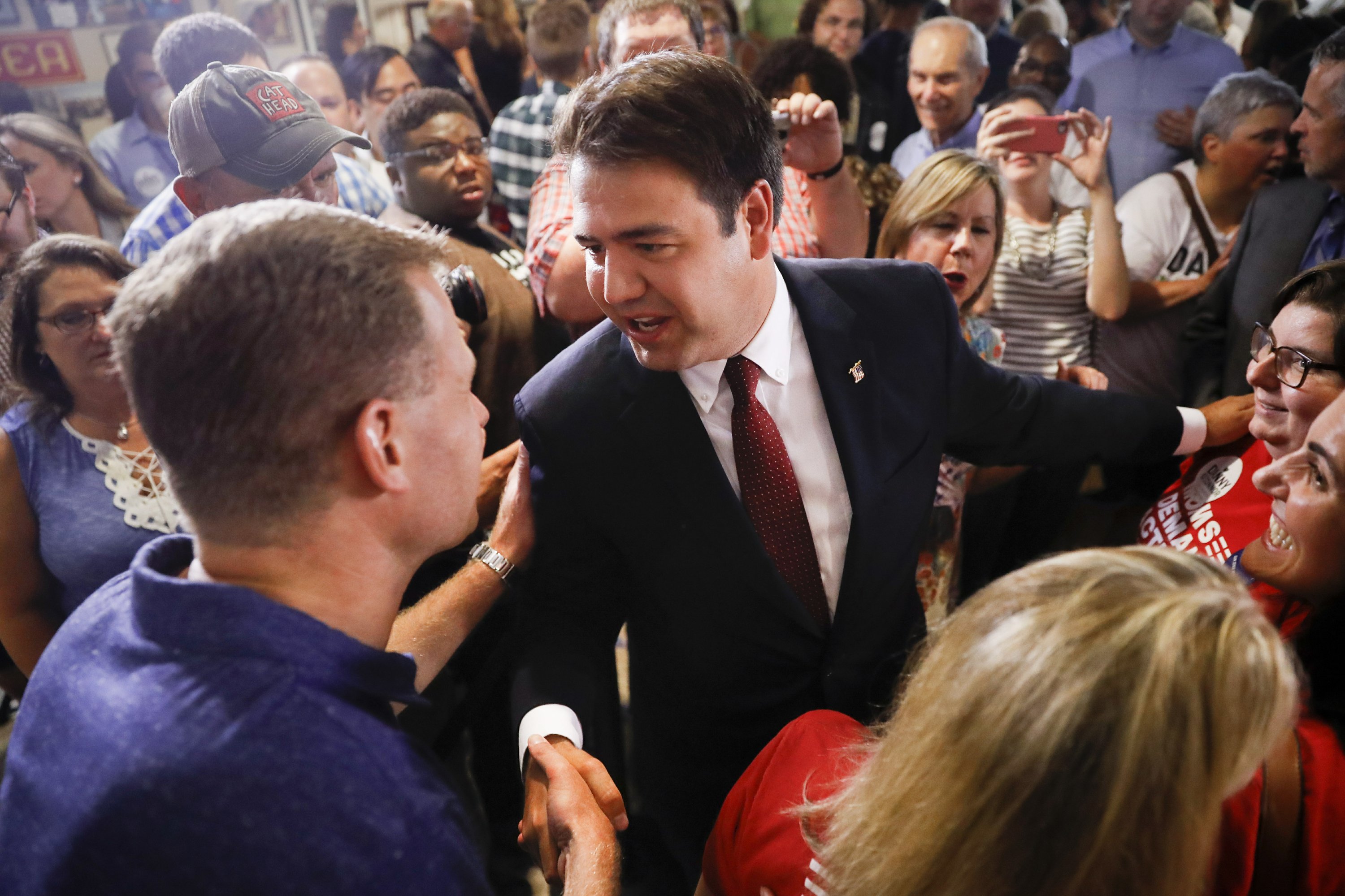 Democrats didn’t walk away with a clear win Tuesday night. But they didn’t have to. They essentially battled Republicans to a draw in a central Ohio congressional district that should have been an easy win for the GOP. Even a too-close-to-call result was a sign of Democratic momentum and offered clues for how to run in November.

Some takeaways from another round of voting ahead of the fall midterm elections:

Democrat Danny O’Connor’s strong showing in Ohio’s 12th Congressional District offers his party a roadmap to the House majority: Galvanize suburbanites to join the party’s urban base and offset the Republican advantage in rural areas.

O’Connor came close to upsetting Republican Troy Balderson by running up his numbers closest to Columbus, performing better than Democrats recently have in the district’s suburban core, and even managing to dent the GOP advantage in rural areas. O’Connor won 65 percent of the vote in precincts closest to heavily Democratic Columbus. He ran ahead of Hillary Clinton’s 2016 presidential marks across the district: about 6 percentage points ahead of her mark in vote-rich Delaware, small-town Licking and rural Morrow counties.

Far from the city, Balderson answered with his own wide margins, peaking at 69 percent in rural Morrow County. In suburban Delaware County, Balderson led by 8 percentage points.

Many of the districts Democrats are hoping to flip in November are more favorable to them than the Ohio 12th. If they can compete there, they’re well positioned in the key battlegrounds.

The tight outcome also underscores lingering questions about President Donald Trump’s value — or liability — to Republicans in the districts that will determine whether the party maintains its control of Congress. Trump won the district by 11 percentage points in 2016, and he rallied on Balderson’s behalf ahead of Tuesday’s vote. While Trump declared Balderson the winner, the close margin, several thousand provisional votes and absentee ballots, and Ohio law putting off a final count means it will be weeks before the outcome is known.

THE YEAR OF WOMEN CONTINUES

There will be at least eight Democratic women running for governor in November.

Gretchen Whitmer of Michigan and Laura Kelly of Kansas joined the list Tuesday. Both will face Republican men. Unlike some of their fellow Democratic nominees in other states, neither would become their state’s first female governors. Whitmer and Kelly both have extensive records as legislative leaders and pitch themselves as get-it-done pragmatists. That’s not in line with some of the headliners of the #MeToo era and the anti-Trump resistance movement, but it may be Democrats’ best shot to flip two governor’s mansions that Republicans have held since 2011.

DEMS HAVE THEIR ANTI-TAX LAW PLAYBOOK

The narrow results in Ohio leave Democrats confident that they can win voters by running full-force against the GOP tax plan.

O’Connor watched Republican outside groups outspend him as they poured millions into the race. But the GOP barrage mostly steered clear of touting the tax cuts that Republicans once said would be the key to maintaining control of Congress. Instead, they dusted off their well-worn approach of tying Democratic nominees to unpopular national party leaders like House Minority Leader Nancy Pelosi.

O’Connor, meanwhile, hammered the tax law as a threat to Social Security and Medicare. It’s a similar argument to what Democratic Rep. Conor Lamb of Pennsylvania used earlier this year to win a special election in heavy GOP territory.

Republican incumbents still insist that they’ll champion tax cuts as the reason for strong economic numbers so far this year. But two high-profile special elections leave Democrats confident in their attacks on the signature legislation of Trump’s first two years, and that ensures voters in battleground House districts will see and hear plenty of advertisements warning them about potential consequences of the Republican law.