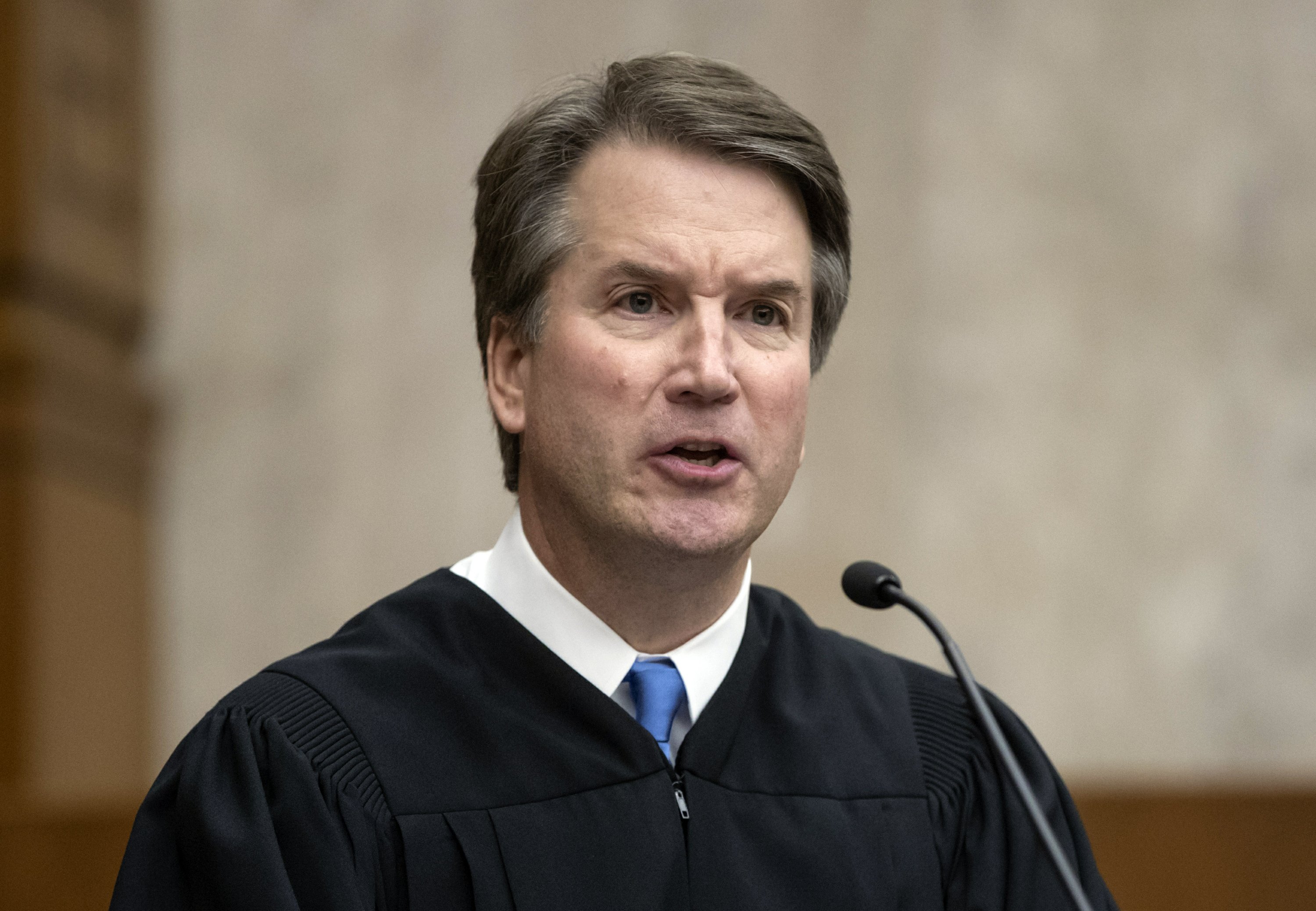 He has argued that judges have given federal agencies leeway to push policies that go well beyond what Congress allowed. That view has endeared him to conservatives, who believe unelected bureaucrats are foisting radical regulations on Americans with little accountability.

In a dissent last year as a judge on the U.S. Court of Appeals for the District of Columbia Circuit, Kavanaugh cited Supreme Court decisions in claiming that agencies can regulate “major social or economic activities” only if Congress clearly allows them to do so. Placing controls on cigarettes, banning physician-assisted suicide and imposing rules on greenhouse gas emitters are examples of such major action, he said.

Kavanaugh’s approach to what conservatives call the “administrative state” hasn’t received the kind of attention given to marquee issues such as abortion and presidential powers since he was nominated by President Donald Trump to replace Justice Anthony Kennedy. But it’s an area where, if he’s confirmed, his presence on the court could mark a significant shift. If Kavanaugh aligns with other conservative justices in cases dealing with regulatory agencies, their opinions could ultimately affect a wide swath of American life.

Under a widely followed judicial philosophy, courts generally step aside and give agencies broad leeway when a law is unclear. Kavanaugh, though, advised judges in a 2016 Harvard Law Review article to instead “seek the best reading of the statute” to see whether the regulation fits with it.

He said this would “help prevent a runaway executive branch that exploits ambiguities in governing statutes to pursue its broad policy aims, even in situations where Congress has not enacted legislation embodying those policies.”

Kavanaugh’s concern is that agencies are assuming powers that belong to Congress and the judiciary, said Ashley Baker, director of public policy for the Committee for Justice, a conservative legal and policy advocacy organization.

She said Kavanaugh’s nomination was a “big step in the right direction” of establishing the authority of courts to interpret federal laws instead of giving agencies a blank check when laws are ambiguous.

Kavanaugh — often in dissent — has rejected a wide variety of federal regulations and sought to rein in agencies, according to an Associated Press review of his 12 years on the D.C. appeals court, along with other writings and speeches. He also has displayed skepticism of independent federal agencies that are not answerable to the president.

He wrote in dissent in January that he would have found that the structure of the Consumer Financial Protection Bureau — the agency charged with protecting consumers against debt collectors and banks — was unconstitutional because it was headed by one person, not a board or commission, and the president did not have the authority to fire its head. The full D.C. Circuit upheld the structure of the bureau that Congress created in the wake of the 2008 financial crisis, reasoning that a degree of independence would prevent problems that handicapped past regulators.

Kavanaugh has objected to Environmental Protection Agency regulations on greenhouse gases; the Federal Communications Commission’s net neutrality rule requiring an equal playing field on the internet; and IRS requirements for paid tax preparers. All went beyond what Congress allowed by law, he said.

In 2014, Kavanaugh dissented from the majority opinion upholding a safety citation by the Labor Department against SeaWorld following the drowning of a trainer by a killer whale during a 2010 show in Orlando, Florida. Kavanaugh said many sports and entertainment shows are dangerous, but the Labor Department has not “traditionally been thought of as the proper body to decide whether to ban fighting in hockey, to prohibit the punt return in football, to regulate the distance between the mound and home plate in baseball, to separate the lions from the tamers at the circus, or the like.”

The ruling reflects Kavanaugh’s “deep and visceral opposition to the notion that the institutions created by Congress should be able to protect workers, clean air, clean water, consumers — everyday Americans,” said Daniel Goldberg, legal director of the Alliance For Justice, a liberal judicial advocacy group that opposes Kavanaugh’s confirmation.

Kavanaugh is critical of a standard known as the Chevron doctrine, established by a 1984 Supreme Court ruling. Under Chevron, courts mostly defer to experts at the federal agencies when deciding whether regulations are consistent with law. The idea is that Congress often writes ambiguous laws, so agencies have to craft regulations to fill in the details.

Kavanaugh said his time working for the administration of George W. Bush showed him the perils of the doctrine.

“From my more than five years of experience at the White House, I can confidently say that Chevron encourages the Executive Branch (whichever party controls it) to be extremely aggressive in seeking to squeeze its policy goals into ill-fitting statutory authorizations and restraints,” he wrote in the Harvard Law Review article.

“Trying to cut back on regulatory agencies reduces the extent to which expertise is really relevant in decision-making,” she said.

To be sure, Kavanaugh has also upheld regulations and forced agencies to implement rules required by Congress.

He joined the majority in a ruling that upheld a ban on e-cigarette use on planes and wrote a unanimous opinion that rejected a challenge to stricter controls on a type of pollutant produced mostly by cars and power plants.

In a July 2013 ruling, Kavanaugh in a 2-1 decision sided with environmental groups who objected to the EPA’s decision to defer regulation of carbon dioxide from sources other than fossil fuels. Kavanaugh said the Clean Air Act did not allow the EPA to put off those regulations.

“Judge Kavanaugh is a fair and impartial jurist whose evenhanded approach has led him to rule for both administrative agencies and those whom challenge agency actions,” Kerri Kupec, a White House spokeswoman, said in a statement.

Kavanaugh’s record shows an evenhanded approach to regulations that could also work against administrations that seek to jettison rules, said Jonathan Adler, director of the Center for Business Law & Regulation at Case Western Reserve University School of Law.

“We’ve already seen some agencies in the current administration hit some speed bumps in court when they’ve tried to deregulate in a quick and dirty way,” he said. “My read of his record is that he would not be sympathetic to what those agencies are trying to do.”

More reporting on the Supreme Court and Kavanaugh can be found at http://apne.ws/IHcZXad