The Latest: Death toll rises to 131 in Indonesian quake 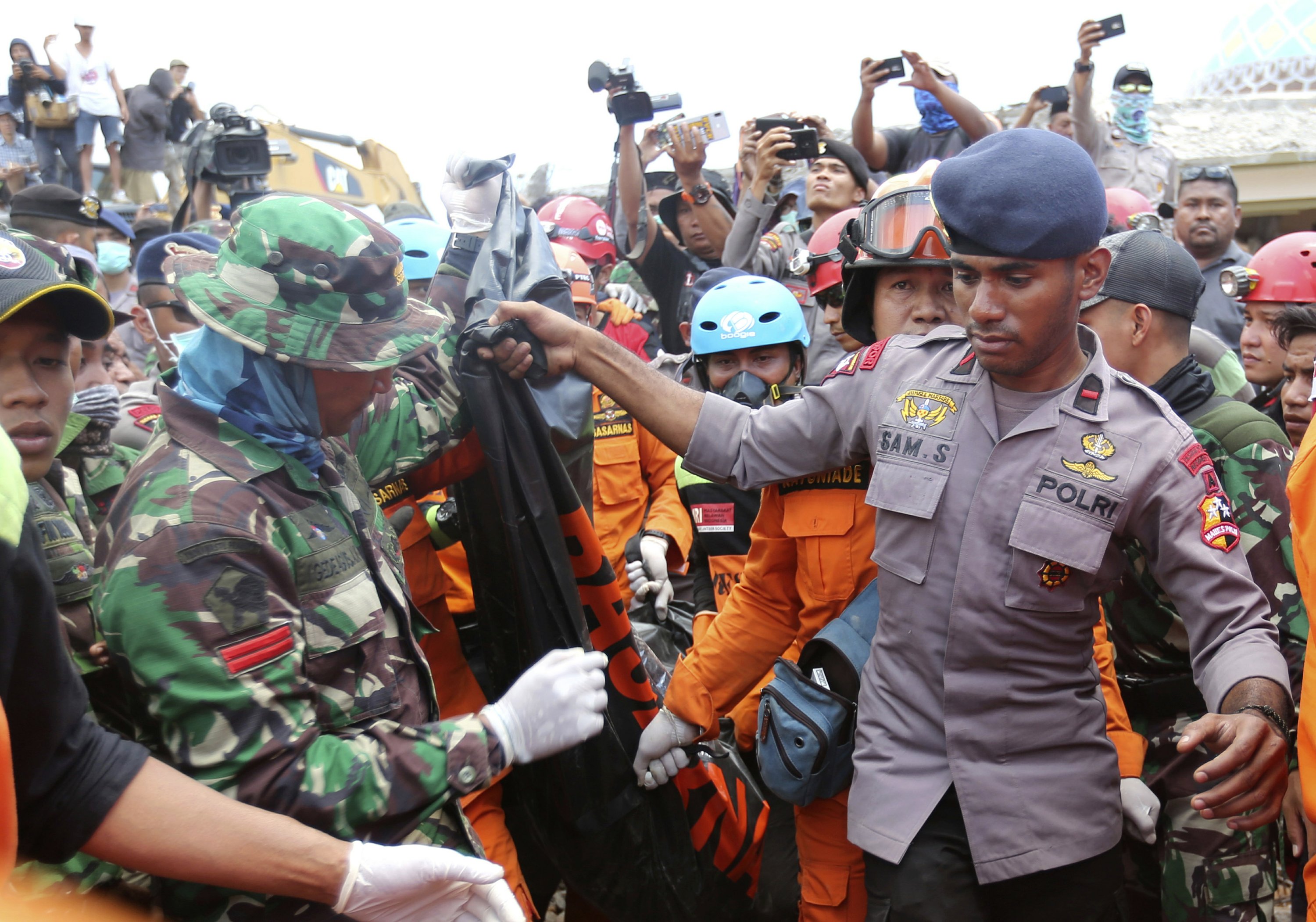 BANGSAL, Indonesia — The Latest on the recent earthquake in Indonesia (all times local):

Indonesia’s disaster agency says the death toll from the earthquake that shook Lombok island Sunday evening has risen to 131.

Spokesman Sutopo Purwo Nugroho said there are reports of other deaths but they still need to be verified. He said the death toll is still expected to increase.

Nearly 2,500 people have been hospitalized with serious injuries and more than 156,000 people are displaced due to the extensive damage to homes.

The magnitude 7.0 quake came a week after another quake on Lombok killed 16 people.

This version corrects the spelling of the spokesman’s name.

Aid began reaching isolated areas of the Indonesian island struggling after a powerful earthquake, while rescuers doubled down on efforts to find the dead, pulling another body from the rubble.

Volunteers and rescue personnel were erecting more temporary shelters for the over 80,000 people left homeless on Lombok by the magnitude 7.0 quake on Sunday evening. Water, food and medical supplies were being distributed from trucks.

A woman’s body was recovered from the rubble of a collapsed mosque on Wednesday morning in Bangsal district in the north of the island.

Authorities have said the death toll, 105 as of Tuesday evening, would increase as the search effort continues.