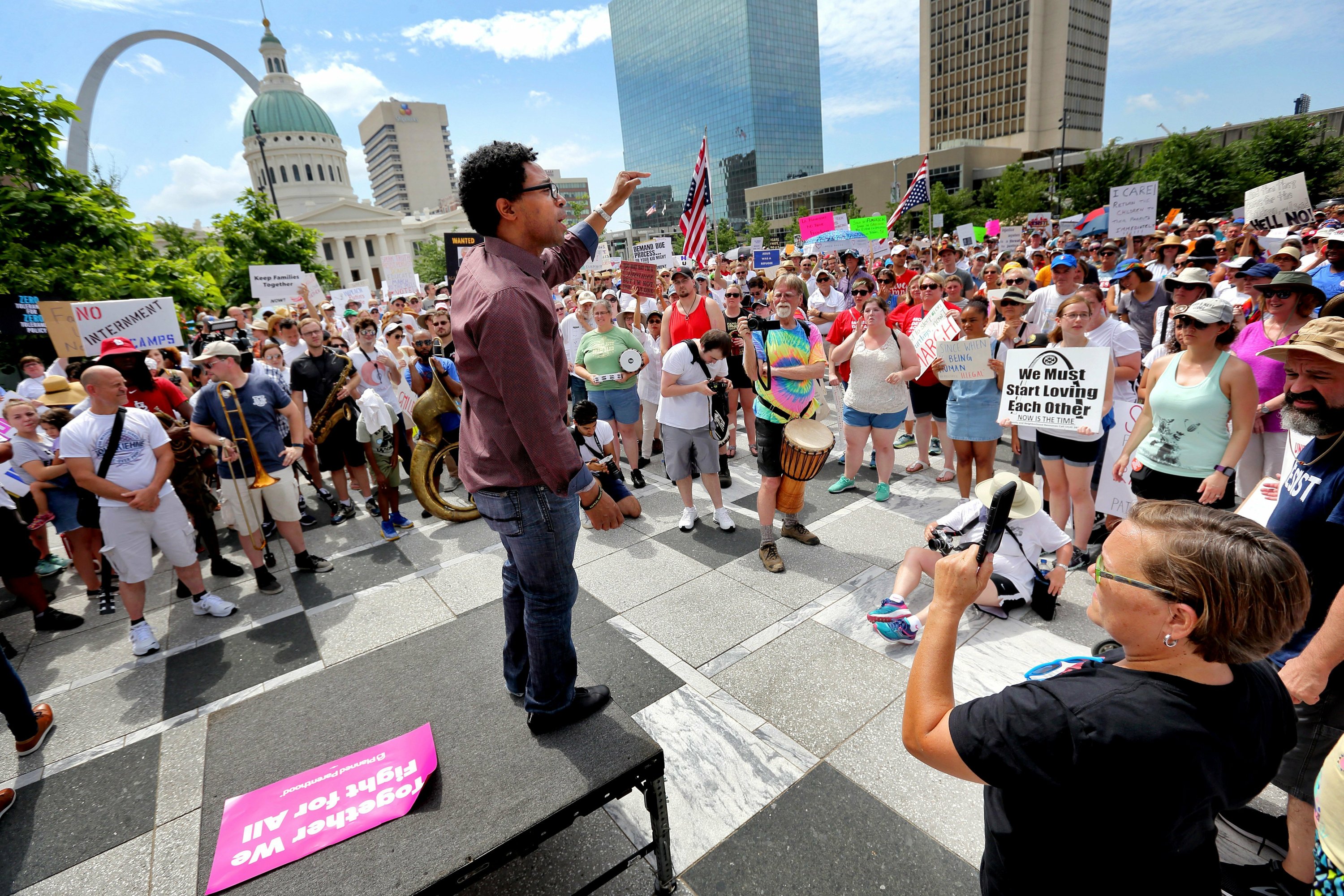 FERGUSON, Mo. — Four years after the deadly police shooting that triggered racial unrest in Ferguson and helped give rise to the Black Lives Matter movement, a black city councilman scored an election upset and ousted the white prosecutor criticized over his handling of the case.

Wesley Bell’s stunning defeat of seven-term St. Louis County prosecutor Bob McCulloch in Tuesday’s Democratic contest all but assures Bell of victory in November. The Republicans have not put up a candidate.

“People did not think it could be done,” the 43-year-old Bell said in an interview Wednesday. “The message we would tell people is, ‘You don’t have to believe it, yet, just support it.'”

Bell said what resonated with voters was his platform of reforms such as holding police more accountable, revising the cash bail system and ending prosecution of low-level drug crimes.

“The easy narrative is to say it’s just about Ferguson,” he said.

On Aug. 9, 2014, Michael Brown, an unarmed black 18-year-old, was shot to death by white Ferguson officer Darren Wilson after a street encounter escalated into a fight. Wilson said he fired in self-defense, while some witnesses claimed Brown had his hands up. The killing led to months of often violent protests.

A St. Louis County grand jury declined to indict Wilson. Many protesters and others accused McCulloch of steering the panel to its decision. McCulloch, 67, declined an interview request Wednesday but has emphatically denied any effort to sway the grand jury.

The uprising in Ferguson fired the political ambitions of some of the black activists. Bruce Franks Jr., who led several protests in Ferguson, defeated a longtime incumbent to win election to the Missouri House in 2016. Another protest leader, Cori Bush, lost Tuesday in her bid to unseat nine-term U.S. Rep. William Lacy Clay, but received 37 percent of the vote.

Bell got 57 percent to McCulloch’s 43 percent in St. Louis County, which borders the city of St. Louis and is the biggest county in Missouri, with a population of about 1 million.

“I think the Ferguson events certainly had something to do with this,” University of Missouri-St. Louis political scientist David Kimball said. “Certainly that case got a lot of attention and generated a lot of criticism of McCulloch, so I’ve got to believe that was a factor.”

Rashad Robinson, a spokesman for Color of Change PAC, one of the civil rights groups that backed Bell, called his victory “a powerful rejection of Bob McCulloch and his decision not to pursue justice in the communities he was elected to serve.” Color of Change sent text messages to more than 95,000 voters and put up a billboard on Bell’s behalf.

Bell is a lawyer who has worked as a municipal prosecutor and judge for small towns near Ferguson. He said he felt the pain of Brown’s death especially hard because he has a son about the same age. He did not protest but instead began hosting conversations about community policing and decided to run for City Council.

“I saw my place as being one to help bring people together,” Bell said.

At the time of Brown’s death, Ferguson, where about two-thirds of the 21,000 residents are black, had just once black person on its six-member City Council. Bell and another African-American, Ella Jones, were elected in 2015 as the protests continued to rage.

During his campaign for prosecutor, Bell said, he went out of his way to make it about larger criminal justice issues, not about McCulloch’s handling of the Brown case. When a campaign worker posted “bye bye Bob” on the Facebook page leading up to the election, Bell made him take it down.

Bell, who, like McCulloch, is the son of a police officer, outlined a far different approach for the prosecutor’s office under his leadership. He said he will appoint independent special prosecutors for allegations of wrongdoing by officers. He said he will support police “200 percent” as long as they act appropriately.

“But if we find an officer has violated the law, he should be held accountable,” Bell said.

He wants to reform the cash bail system that keeps impoverished defendants behind bars, often for months, while they await trial, and plans instead to free more of them with monitoring devices.

He said he will not file charges in low-level, nonviolent marijuana cases and will dismiss pending charges. And he said he will never seek the death penalty.