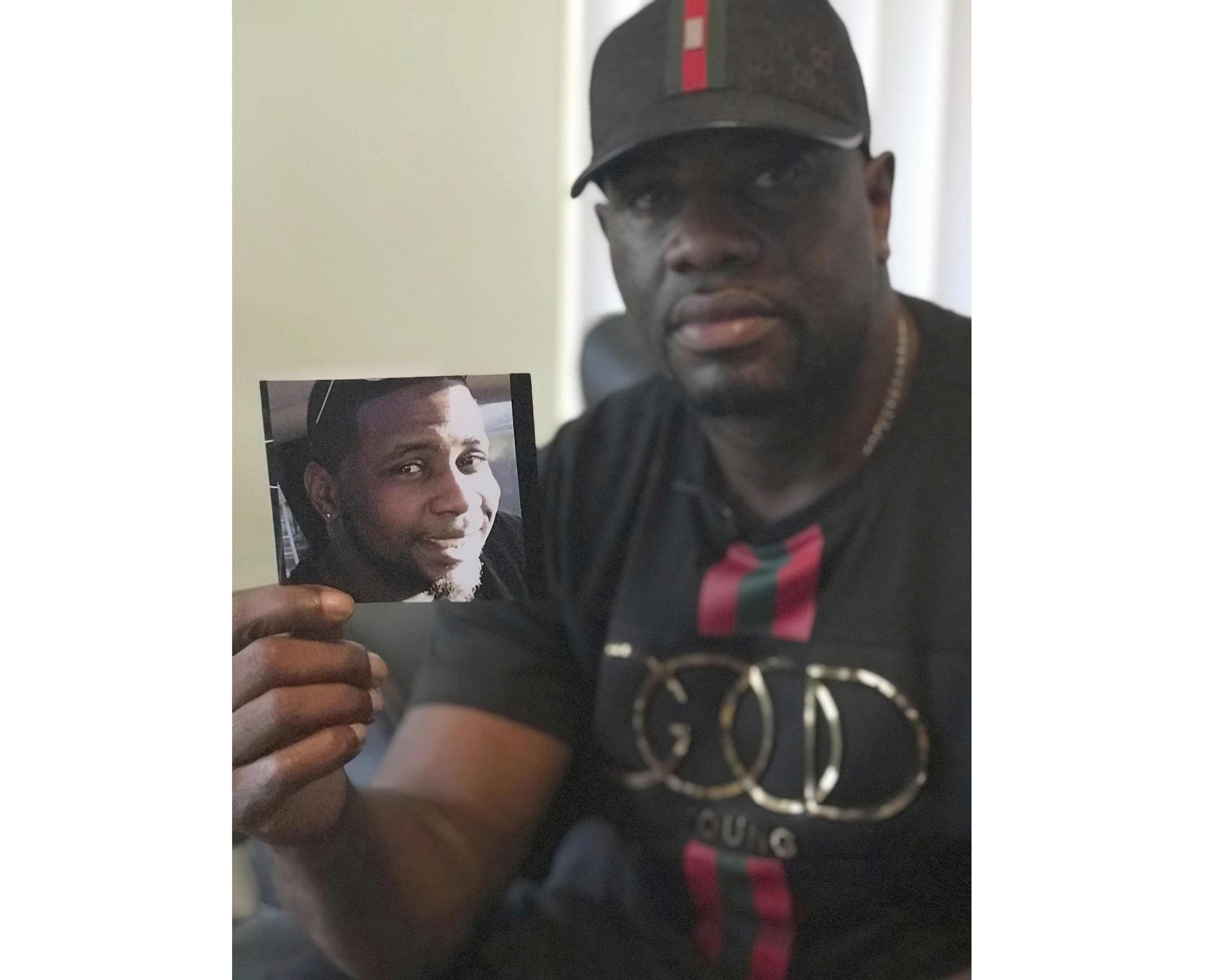 Michael McGlockton is convinced that two things killed his son in a Florida parking lot last month: The man who pulled the trigger and the state’s polarizing “stand your ground” self-defense law.

Markeis McGlockton, 28, died a few yards from his children and girlfriend at a store in Clearwater after a confrontation over a parking spot that reignited the debate over the law. The local sheriff said that under “stand your ground,” Michael Drejka was justified in the killing.

In an interview with The Associated Press — his first one-on-one with a news outlet since the shooting — Michael McGlockton said that if the law didn’t exist, his son might have gone home the night of July 19, or Drejka might have been arrested. Instead, McGlockton said, he buried his firstborn while the killer walked free.

“No law should be able to protect somebody to the point that they kill somebody on the street and they can lay in the bed the same night,” McGlockton said. “To me and my family, that’s a slap in the face. (Drejka) would’ve thought twice before he pulled the trigger. With the law, he knew that he could hide behind that.”

The law received international attention in 2012 when black teenager Trayvon Martin was killed by George Zimmerman. In the end, Zimmerman did not argue a “stand your ground” defense and was acquitted anyway. Critics say the law unfairly allows young black men to be victimized by gun violence.

The dispute with Drejka started when he yelled at McGlockton’s girlfriend, Britany Jacobs — who was in a car with two of the couple’s small children — outside a store for parking in a handicapped space. McGlockton, who was black and unarmed, pushed Drejka, a white man, to the ground. Drejka pulled out his handgun and killed him.

“I didn’t make the law, and I do not do what people want because of outrage,” Gualtieri said. “If you’re outraged by the law and don’t like the law, then change it.”

The case drew hundreds to a rally last weekend in Clearwater.

Instead of scrapping the law, Florida lawmakers have strengthened it to force prosecutors to prove the shooting doesn’t fall under a “stand your ground” defense. Previously, defendants had to prove why that defense applied.

A 2015 American Bar Association task force report on “stand your ground laws” found the statute is unpredictable, results in racial disparities, and undermines victims’ rights. Additionally, the report said there was widespread confusion among law enforcement as to when shootings were justified.

Georgetown University law professor Paul Butler said the law does have a racially disparate effect that devalues black life. Because the law is predicated on the belief that an imminent threat exists, shootings are more likely to be considered justified by a judge or jury when white people shoot blacks, he said.

Markeis McGlockton was 23 when Martin was killed in 2012. It was the first time Michael McGlockton, a lifelong Florida resident, had heard of “stand your ground.” He said he thought the “messed-up” should be changed but never imagined it would strike so personally.

McGlockton said it is his son who was defending himself and his family against a threat.

Nearly 30 years ago, McGlockton was sitting in Spanish class as a high school junior when he got the call that his girlfriend was in labor.

He rushed to the hospital, but by the time he arrived, Markeis had already entered the world. It was the best day of Michael’s life.

“I stayed with him all night, crying,” Michael McGlockton, now 46, recalled. “I was just happy.”

Father and son were close. He chided his father for babying him, even as an adult. Warning him away from the mistakes he had made was simply McGlockton’s way of showing love — a word he began using with his son only a few years ago.

“A lot of grown men don’t really say that to their sons,” McGlockton said.

Their hometown, Clearwater, known for its beaches and sunshine, bills itself as “a progressive city committed to enhancing residents’ lives.” McGlockton wouldn’t disagree, and seldom thought of Markeis’ safety as the father of a black son.

But “this law does not work in favor of black people,” he said.

Like Martin’s parents, Sybrina Fulton and Tracy Martin, Michael McGlockton and Monica Moore-Robinson want justice for their son’s killing. He no longer wants or expects an apology from sheriff Gualtieri and regrets voting for him.

McGlockton hopes for a different outcome from prosecutors.

“Everybody in America can see that tape,” McGlockton said, referring to the video of the confrontation. “I’m hoping the state’s attorney can see the exact same thing.”

McGlockton’s family is focused on pushing for Drejka’s arrest, prosecution and conviction. Then, he said, he’ll focus on pushing to change the law.

“He didn’t have to pull that trigger,” McGlockton said. “But because of ‘stand your ground,’ this is what happens.”

Whack is The Associated Press’ national writer on race and ethnicity. Follow her work on Twitter at http://www.twitter.com/emarvelous.