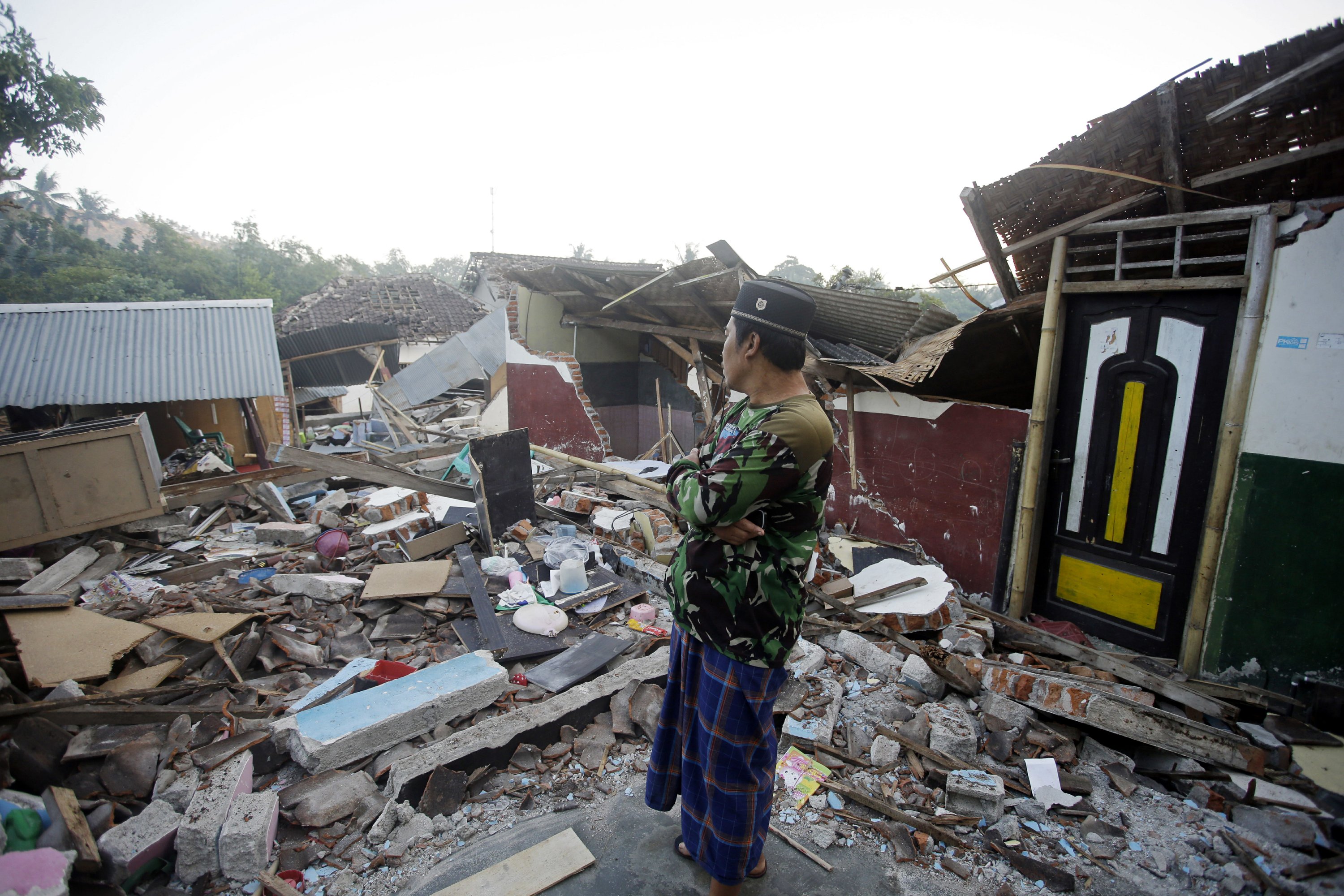 BANGSAL, Indonesia — The Latest on the Indonesian earthquake (all times local):

A strong aftershock has shaken the Indonesian island of Lombok where tens of thousands of people are homeless after a powerful earthquake on Sunday.

Indonesia’s geological agency said the quake Thursday afternoon had a magnitude of 6.2 and was shallow, at a depth of 12 kilometers, centered in the northwest of the island. It said it didn’t have the potential to cause a tsunami.

The U.S. Geological Survey measured the quake at magnitude 5.9.

It’s the third big quake to hit Lombok in little over a week. Buildings still standing on the island have been weakened after Sunday’s 7.0 quake that killed at least 131 people and a 6.4 quake on July 29 that killed 16.

The Indonesian Red Cross says it’s focusing its Lombok earthquake relief efforts on an estimated 20,000 people in remote areas in the north of the island where aid still has not reached.

Spokesman Arifin Hadi says the tens of thousands people left homeless by Sunday’s magnitude 7.0 quake need clean water and tarpaulins most of all. He says the agency has sent 20 water trucks to five remote areas, including one village of about 1,200 households.

He says, “People are always saying they need water and tarps.” He also says they’re continuing to look for people with untreated injuries.

The National Disaster Mitigation Agency says at least 131 people have died but other agencies are giving higher much higher figures. The disaster agency says the higher figures are unverified.