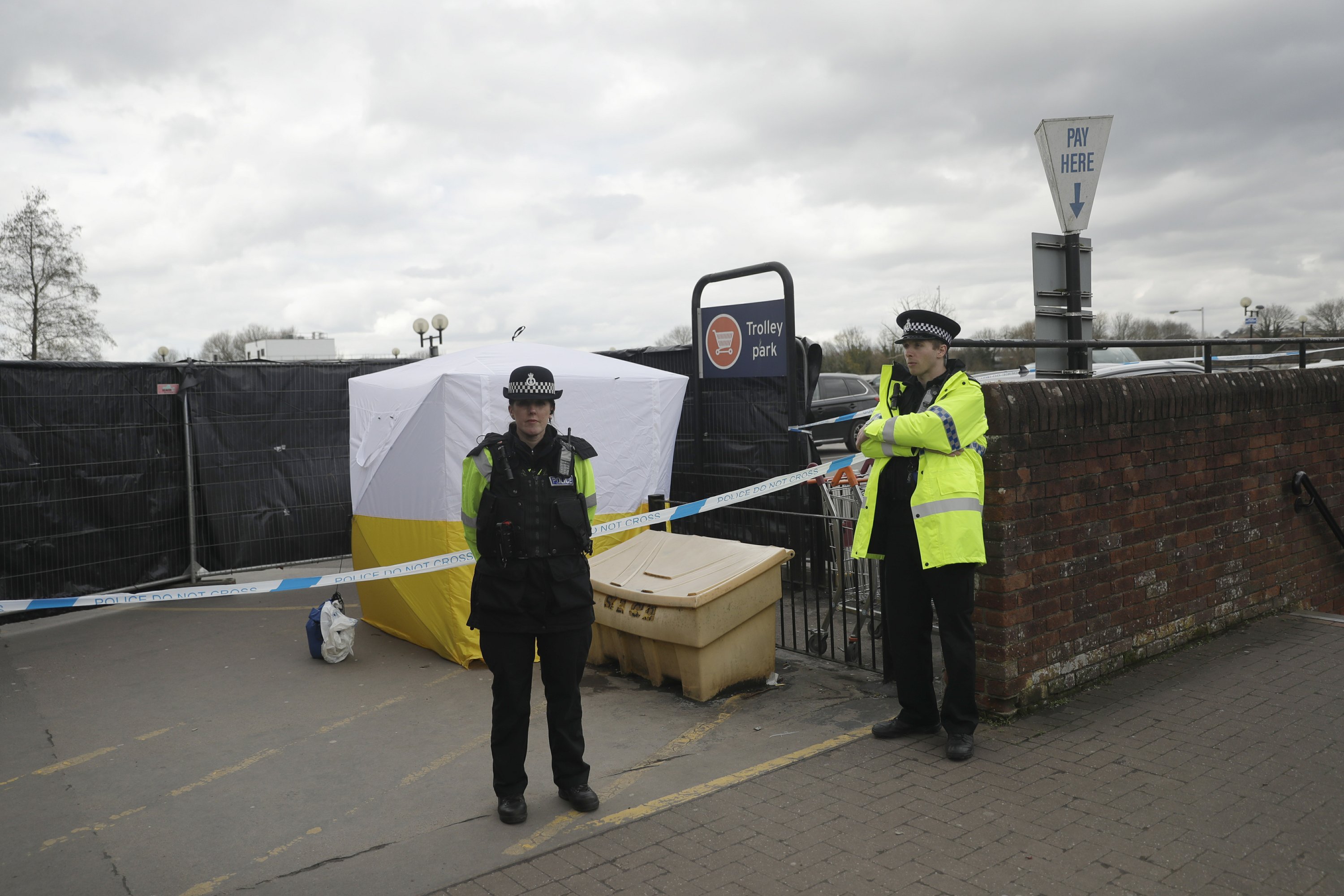 WASHINGTON — The United States says it will impose new sanctions on Russia for illegally using a chemical weapon in an attempt to kill a former spy and his daughter in Britain earlier this year.

The new sanctions, to be imposed later this month, come despite President Donald Trump’s efforts to improve relations with Russia and its leader, Vladimir Putin, and his harsh criticism of the investigation into Russian interference in the 2016 election.

The State Department said Wednesday the U.S. made the determination this week that Russia had used the Novichok nerve agent to poison Sergei Skripal and his daughter, Yulia, and that sanctions would follow. It said Congress is being notified of the Aug. 6 determination and that the sanctions would take effect on or around Aug. 22, when the finding is to be published in the Federal Register.

Those sanctions will include the presumed denial of export licenses for Russia to purchase many items with national security implications, according to a senior State Department official who briefed reporters on condition of anonymity as he was not authorized to do so by name.

The U.S. made a similar determination in February when it found that North Korea used a chemical weapon to assassinate North Korean leader Kim Jong Un’s half brother at the airport in Kuala Lumpur, Malaysia, in 2017.

Skripal and his daughter were poisoned by the Novichok military-grade nerve agent in the English town of Salisbury in March. Britain has accused Russia of being behind the attack, which the Kremlin vehemently denies.

Months later, two residents of a nearby town with no ties to Russia were also poisoned by the deadly toxin. Police believe the couple accidentally found a bottle containing Novichok. One of them died.

The U.S. had joined Britain in condemning Russia for the Skripal poisoning and joined with European nations in expelling Russian diplomats in response, but it had yet to make the formal determination that the Russian government had “used chemical or biological weapons in violation of international law or has used lethal chemical or biological weapons against its own nationals.”

Several members of Congress had expressed concern that the Trump administration was dragging its feet on the determination and had missed a deadline to publish its findings.

“The administration is rightly acting to uphold international bans on the use of chemical weapons,” said Ed Royce, R-Calif., chairman of the House Foreign Affairs Committee. Royce had previously accused Trump of ignoring the Russian nerve agent attack.

“The mandatory sanctions that follow this determination are key to increasing pressure on Russia. Vladimir Putin must know that we will not tolerate his deadly acts, or his ongoing attacks on our democratic process,” Royce said Wednesday.

While criticized as too keen to strike up a friendship with Putin, Trump maintains that he’s been tough on Moscow. His administration has sanctioned a number of Russian officials and oligarchs for human rights abuses and election meddling.

In March, the Trump administration ordered 60 Russian diplomats — all of whom it said were spies — to leave the United States and closed down Russia’s consulate in Seattle in response to the Skripal case. The U.S. said at the time it was the largest expulsion of Russian spies in American history.

The State Department announced a number of possible exceptions to the sanctions announced Wednesday. Waivers have been issued for foreign assistance and space flight activities, while commercial passenger aviation and other commercial goods for civilian use will be assessed on a case-by-case basis, according to the official who briefed reporters.