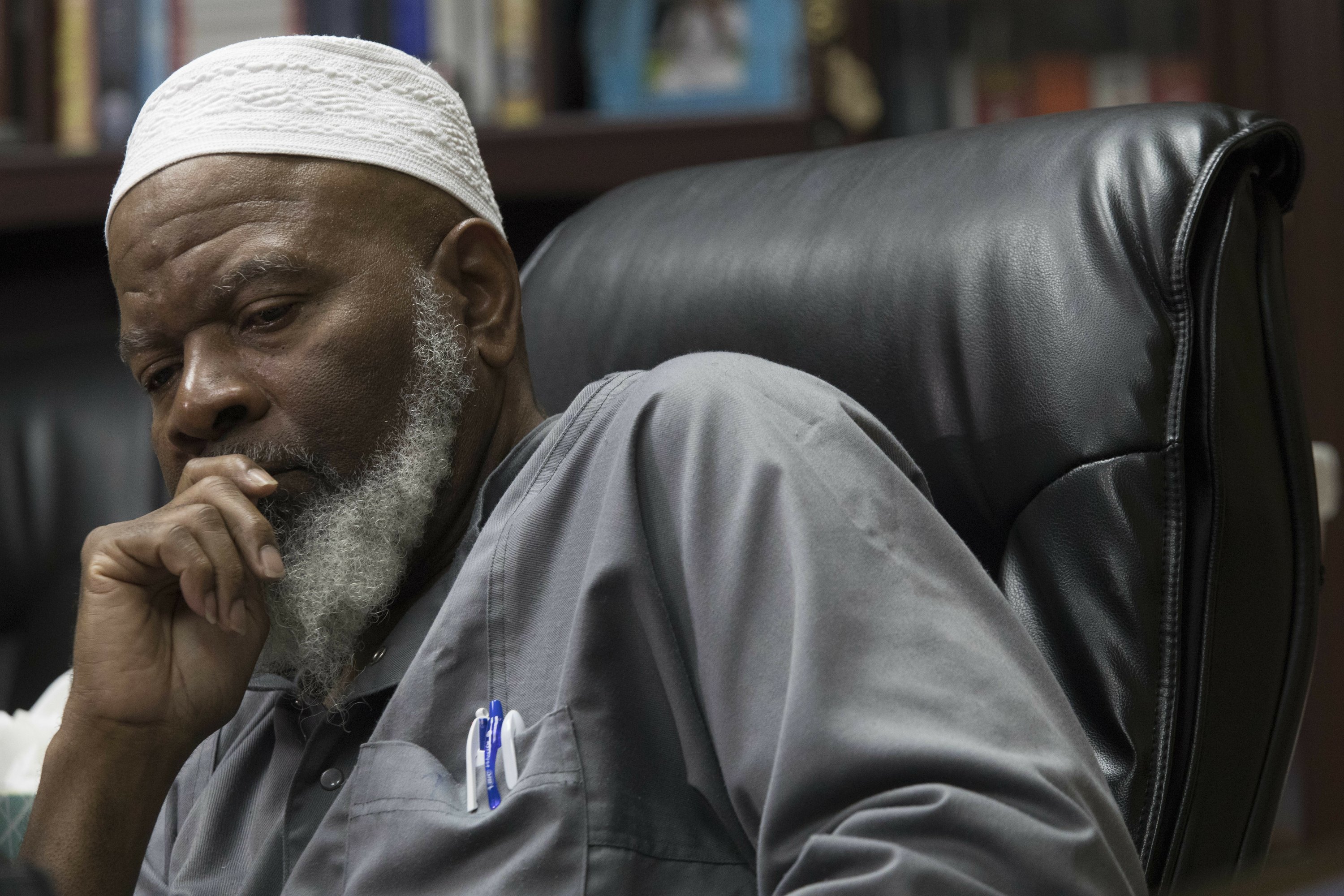 TAOS, N.M. — At a remote New Mexico outpost, Siraj Ibn Wahhaj and others who came to the area with him last year were by local authorities’ accounts “extremist of the Muslim belief” who trained youth to use fire arms and carry out future school shootings.

Yet for the 40-year-old’s father, a Muslim cleric who leads a well-known New York City mosque, the son he knew before losing touch with him in the past year was not “radical.” He may have been “high-strung,” but the father never believed his son was extreme enough to kill anyone.

And the imam’s two daughters — 38-year-old Hujrah Wahhaj and 35-year-old Subhannah Wahhaj, who had lived at the compound too — were the “sweetest kinds of people,” he said. One was a public speaker, and the other a writer.

“This doesn’t seem like them. We know them,” their father Siraj Wahhaj, who shares a name with his son, said Thursday in New York. “Muslims all over the world, those who know him, they said this is strange.”

The three siblings and two other adults have been charged with child abuse stemming from the alleged neglect of the 11 children found living on a squalid compound on the outskirts of tiny Amalia, New Mexico. All five are being jailed without bail in New Mexico.

A man at the compound, Lucas Morton, also is facing a count of “harboring a felon” on accusations he refused to tell authorities the younger Siraj Wahhaj’s location when authorities raided the compound.

Wahhaj, whom authorities say was eventually found armed with multiple firearms, including an assault rifle, is wanted on a warrant in Georgia in the disappearance of his son.

Prosecutors said Abdul-ghani Wahhaj was 3 years old when he was snatched from his mother in December in Jonesboro, Georgia, near Atlanta.

A warrant says the father at some point told his wife he wanted to perform an exorcism on the boy, who suffers seizures and requires constant attention because of a lack of oxygen and blood flow at birth.

The elder Wahhaj said he did not know anything about his son wanting to perform an exorcism on the boy. But he said his son and one of his daughters had become “overly concerned” with the idea of people becoming possessed.

A search for the child led authorities to the compound. However, Abdul-ghani was not among the 11 children rescued last week.

A second search of the acreage Monday — which would have been Abdul-ghani’s birthday — uncovered the remains of a small boy that a state medical examiner is working to identify.

The imam said he learned from other family members that the boy whose body was found on the property is his grandson, but authorities have not confirmed that.

In an interview with WSB-TV in Atlanta, the boy’s mother also called for “justice” as she described how her life had been taken from her after her son was abducted by his father. She said that was out of character for him.

She and Siraj Ibn Wahhaj had been married almost 14 years, and she said he disappeared after saying he was taking the boy to a park.

“I wasn’t able to save my son,” she told the television station.

The elder Siraj Wahhaj echoed her call for justice for his grandson.

“Whoever is responsible, then that person should be held accountable,” Wahhaj said.

The imam said the 11 children removed from the site are either his biological grandchildren, or a part of his family through marriage. He added that Morton is his son-in-law, and 35-year-old Janie Leiveille is his daughter-in-law.

The imam describe his family as large and tight-knit, adding that it was out of character for his children to have broken off direct contact with them since family ties are important in the Muslim faith.

Speaking at his Brooklyn mosque, the elder Wahhaj said he didn’t understand why his son had taken the family and disappeared into the desert, but suggested a psychiatric disorder was to blame.

“I don’t know what his thinking was,” the grandfather said. “Because to do something as extreme as this, it doesn’t make sense.”

The imam’s mosque has attracted a number of radicals over the years, including a man who later helped bomb the World Trade Center in 1993.

The mosque was founded in a neighborhood that, at the time, was plagued with drug violence, and got press attention in the 1980s for organizing nighttime anti-drug patrols intended to improve public safety.

The imam said he learned his son, who had worked as a security guard in New York City in the past, was licensed to carry firearms, and that his weapons were registered.

Prosecutors have filed no charges in response to accusations they outlined in court documents this week that children at the compound were being trained with firearms to commit school shootings. That claim came from a foster parent of one of the 11 children removed from the compound who reported the allegation to authorities.

The elder Wahhaj said he had no knowledge of any such training.

“It sounds crazy. But I don’t know,” he said. “I make no judgments yet because we don’t know.”

Sheriff Jerry Hogrefe said the FBI put the New Mexico compound under surveillance in recent months that included photographs of the compound and interviews.

He said the images were shared with the mother of Abdul-ghani, but she did not spot her son, and the photographs never indicated the father was at the compound, leaving the sheriff without the information he needed to obtain a search warrant.

That changed when Georgia authorities received word that children inside the compound were starving, Hogrefe said.

The elder Wahhaj said the tip came to law enforcement through him. He said he was able to learn their whereabouts from a note that his daughter, one of the five adults at the site, sent to a man in Atlanta saying they were starving and asking for food.

That man then notified Wahhaj, who said he decided to send food and contact police.