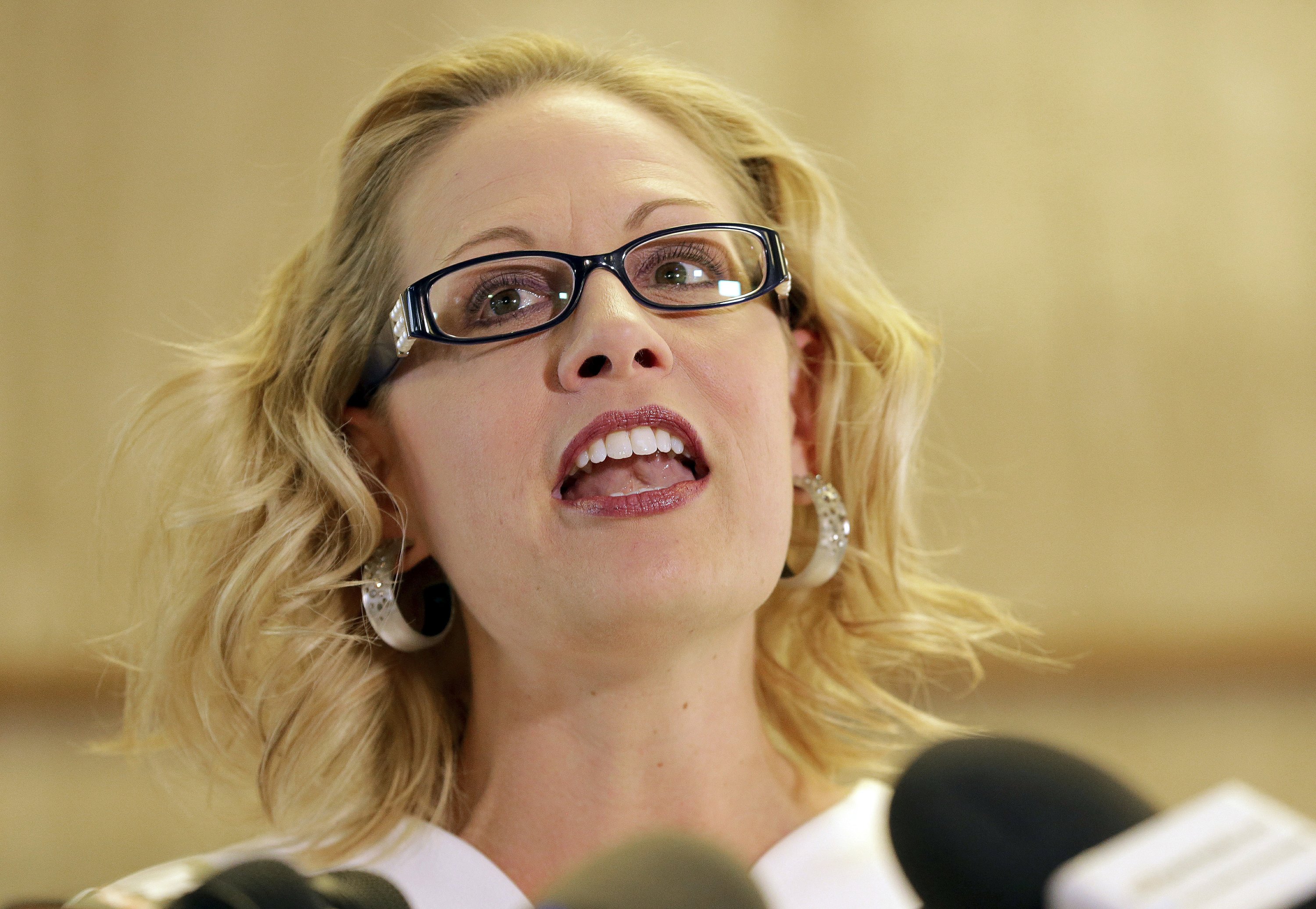 PHOENIX — Arizona is a political rarity this year, one of the few places where Democrats have any hope of flipping a Republican Senate seat.

In a year when the Senate map isn’t favorable for Democrats, changing demographics could put the seat being vacated by Sen. Jeff Flake within reach.

As three Republicans compete for the conservative mantle, especially on immigration policy, Democratic Rep. Kyrsten Sinema is staking out the political center and emerging as a strong general-election contender. She faces nominal opposition in the state’s Aug. 28 primary.

A Sinema victory in November could have big implications beyond control of the Senate, signaling an opportunity for Democrats to make inroads in the Southwest. That would be valuable heading into the 2020 presidential election as the party struggles to regain ground in the Rust Belt.

Sinema is virtually assured of the Democratic nomination, despite misgivings among some Democratic activists about conservative votes on immigration. Still, the three-term Phoenix-area representative has raised more money than any of her would-be Republican opponents and has edged each of them in recent general-election surveys.

She has downplayed angst within her party over votes she has cast as one of only a few Democrats joining majority Republicans to increase penalties sharply for people deported more than three times and give federal officials authority to detain and deport noncitizens who live in gang territory.

While Sinema portrays herself as a centrist, the Republican contest has prompted moderate, establishment-backed Martha McSally to take more hard-line positions on immigration. The two-term House member notably withdrew her co-sponsorship in May from a bill that would offer the potential of citizenship for children who entered the United States illegally.

Recent polls give McSally a narrow lead over former state Sen. Kelli Ward and former Maricopa County Sheriff Joe Arpaio, who are both positioning themselves as conservative outsiders. Ward, who unsuccessfully ran against Sen. John McCain in 2016, was endorsed last year by former Trump strategic adviser Steve Bannon. Arpaio was the Phoenix area’s top law enforcement officer for 24 years and gained a national reputation for aggressive immigration arrest practices, but he was defeated for re-election in 2016.

For Democrats to have a chance at overtaking Republicans’ single-seat majority in the Senate, they would have to win almost all of the 10 seats they hold and are up for re-election this year in states Trump carried.

But they also would have to gain one or two seats now held by Republicans. Arizona fits that description, as does Nevada, where Sen. Dean Heller is in a difficult re-election fight with Democratic Rep. Jacky Rosen in a state Hillary Clinton carried in 2016.

In Arizona, Sinema would be the first Democrat in the Senate from that state in 30 years. A Sinema victory also would signal the opportunity for Democrats’ long-sought goal of capturing Arizona’s 11 electoral votes in a presidential election.

Trump carried Arizona by only 3.5 percentage points, less than half his winning margin in Ohio, which has been a quadrennial swing state for more than 70 years.

Such a reversal would signal what Democratic strategists and pollsters have long said is a tipping point — fueled by the influx of Latino voters — in the politics of the Southwest.

Colorado and New Mexico have been trending Democratic while Texas and Arizona have remained reliably Republican.

“Arizona is a closer battleground state than Ohio, Iowa and North Carolina,” said Cristobal Alex, president of the Hispanic voter advocacy group Latino Victory, referring to states that have been competitive in recent elections, but where Trump won handily. “We think it will only get closer as Latinos in the state surge.”

Trump has shown a tendency for eleventh-hour endorsements, especially of those candidates who supported his campaign. Arpaio would seem a likely recipient.

Arpaio was an early and devout Trump supporter who campaigned nationally for the presidential nominee two years ago. Trump pardoned him last year for a misdemeanor contempt-of-court conviction stemming from court challenges to Arpaio’s immigration crackdowns.

However, Arpaio trails McSally and Ward. A Trump endorsement would more likely pull conservative votes away from Ward, potentially elevating McSally, who did not endorse Trump for president even after he received the Republican nomination.

Whoever emerges from the Republican primary has only 10 weeks to campaign for the general election, while Sinema has been concentrating on independents and swing voters for months.

That means the GOP primary winner will have to simultaneously raise money, salve any wounds left in the party base and turn headlong into the general-election campaign. It’s the awkward product of a late-summer primary that, at least for now, gives Sinema the edge.