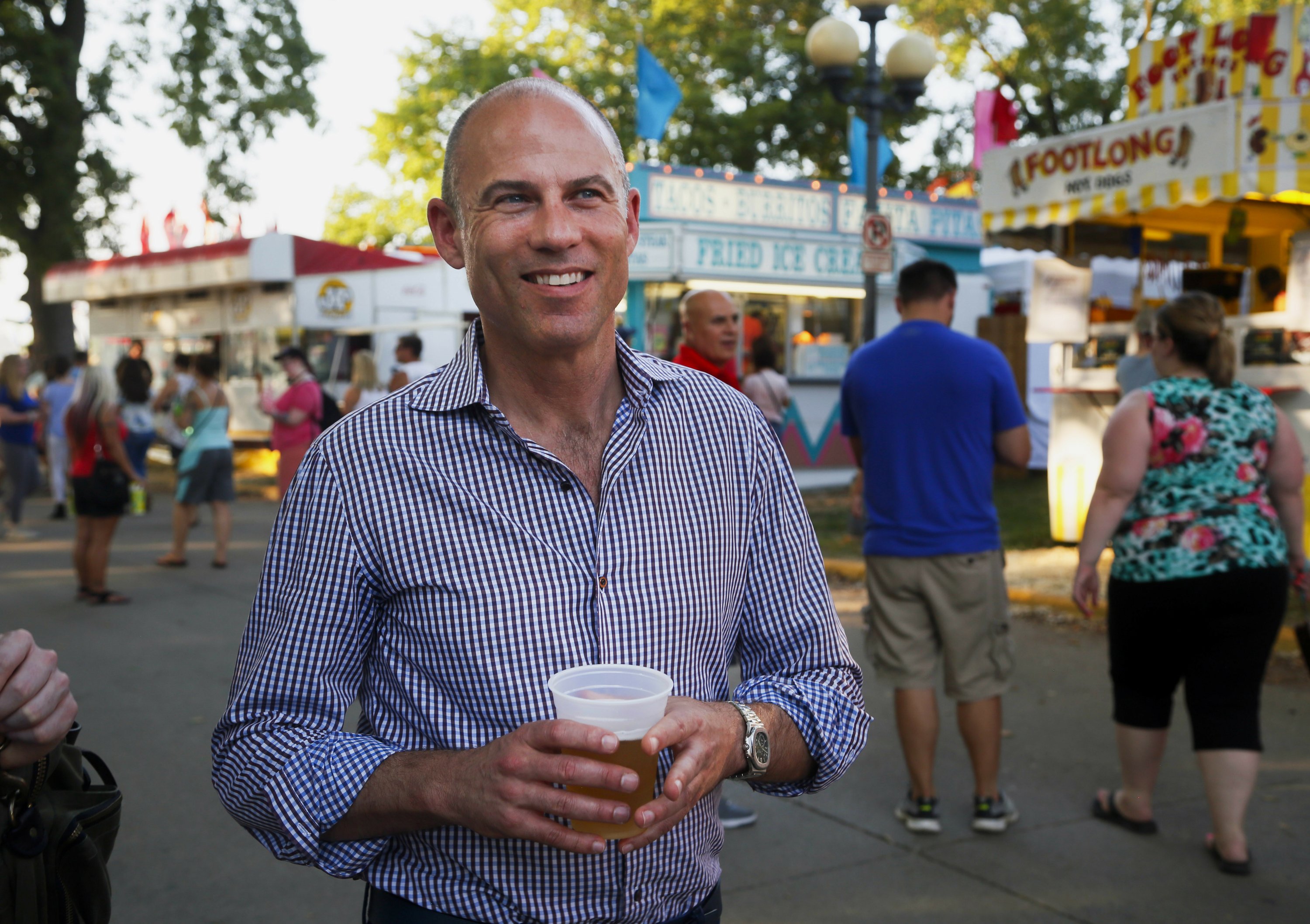 And the attorney who has spent months positioning himself as one of President Donald Trump’s leading critics insists this foray into Iowa — an early proving ground on the presidential campaign calendar — is not a stunt.

“I am not proposing this to get under the president’s skin,” Avenatti said in an interview. “I am seriously considering it, and I think a lot of it is going to hinge on what direction I think the party is taking and who is likely to get in the race.”

For now, Avenatti has plenty of spotlight as the top 2020 presidential prospects stay away from Iowa. He has not made any formal moves toward a presidential run, but he toured the Iowa State Fair on Thursday and was set to appear at the Democratic Wing Ding in Clear Lake on Friday. Organizers of the fundraiser for county Democratic organizations said they were happy to welcome him to an event that has drawn heavy hitters like Barack Obama and Hillary Clinton in past years. If anything, they said, he was boosting interest.

“Let’s put it this way: Tickets are selling, and we’re getting a lot of women buying tickets,” said Wing Ding chairman Randy Black, who said Avenatti reached out to say he was considering attending the event and they asked him if he would like to speak.

Novelty candidates are nothing new to politically savvy Iowans. Indeed, Trump — who did not win the Republican caucuses but did win the state in the 2016 general election — was a reality star before he took to the campaign trail. Black said Avenatti could have a similar effect, noting: “You have Trump, who opened up doors for people who never entered a political arena before. Michael Avenatti has done the same thing.”

The similarities between Avenatti and his chosen nemesis don’t stop there. Like Trump, Avenatti is a brash political outsider with a natural talent for cable television news, a blistering Twitter feed and a knack for a catchy slogan. He turned those tools against Trump as he represents Stormy Daniels and a growing list of critical clients.

Whether the trash-talking, sharp-suited, telegenic attorney is the right fit for low-key Iowa in the long run is an open question, as is whether he’d actually want to subject himself to the grind of a campaign. He’ll get his first stylistic test in Clear Lake, where Black says he has made clear that “we’re not here to bash, we’re here to energize the base.”

But he admitted his appeal was of the bare-knuckle variety, noting, “I’m not cute and cuddly.”

“The Iowa Democrats are many things. Dumb’s not one,” she said. “They know how to get attention. They know how to raise money. That doesn’t mean Michael Avenatti is on the way to winning the Iowa caucuses.”

Amid his growing profile, Avenatti continues to represent Daniels, whose real name is Stephanie Clifford. She has said she had sex with Trump in 2006, months after his third wife gave birth to their son, but Trump has denied it. Days before the 2016 presidential election, Daniels was paid $130,000 to stay silent in a deal handled by Trump’s personal attorney Michael Cohen. She is suing to invalidate the nondisclosure agreement.

But Avenatti’s reach has extended. In recent weeks, he has protested Trump in London, accepted an award in Denver and visited children in New York who had been separated from their parents at the U.S. border. He expects to devote more time to Democratic Party events in the coming weeks, with plans to appear in Ohio, Florida and Iowa (again).

So far, Avenatti has not taken any other steps toward a run, like hiring staff or raising money, though he says he has heard from consultants. He describes his political philosophy as “a Bill Clinton Democrat who embraces a few fundamental concepts of the progressive left,” such as “Medicare for all.” And he argues that while he has no background in politics, “I might argue that I’m certainly more well-versed in many concepts of government and the law than our sitting president.”

“The Wing Ding isn’t a setup to have deep policy conversations. It’s a Wing Ding, for God’s sake!” she said. “I think it’s going to be fun, it’s going to be entertaining and I think he’s got something important to say.”