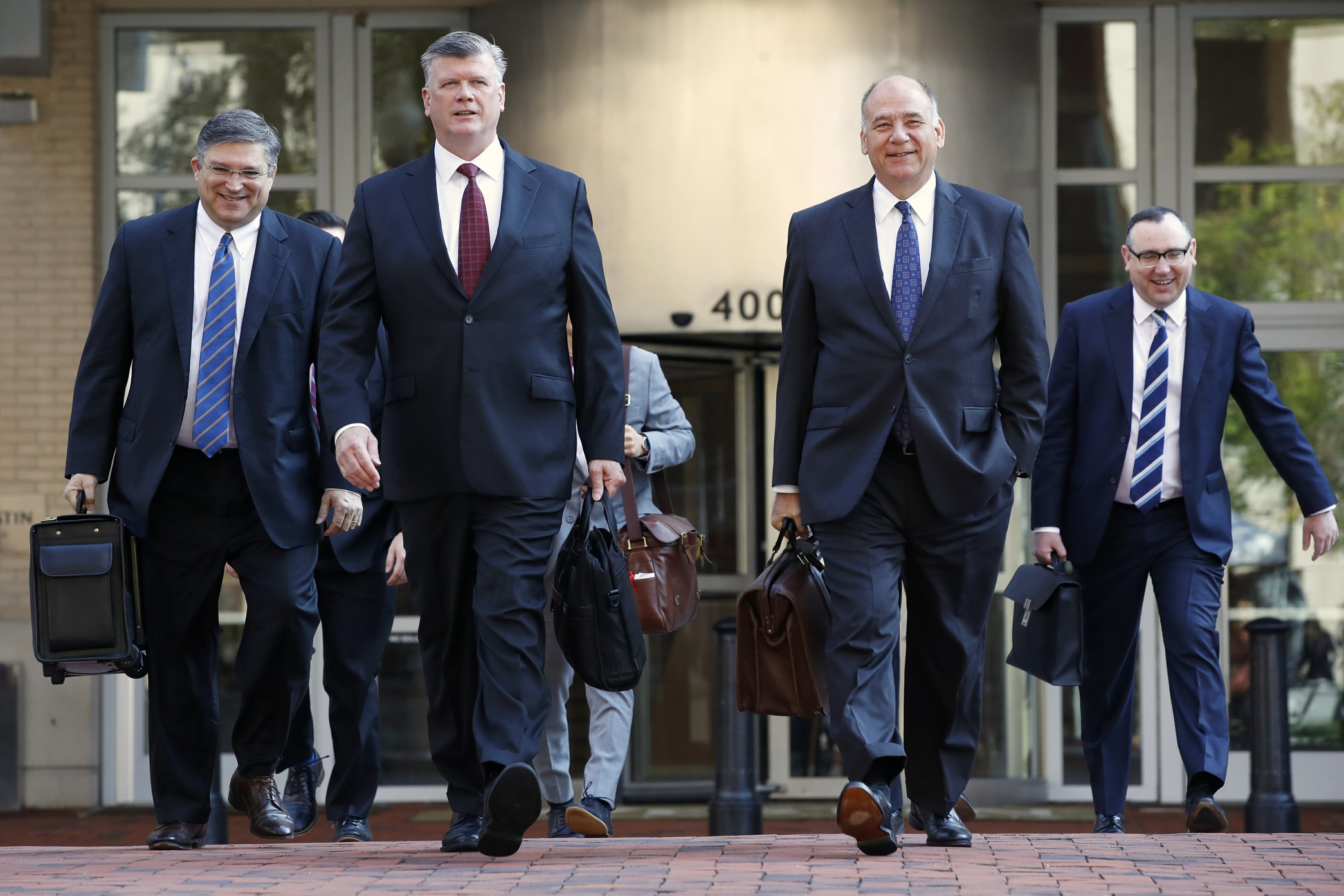 ALEXANDRIA, Va. — The federal judge overseeing the financial trial of Paul Manafort said Thursday he was likely in error when he angrily confronted prosecutors during expert witness testimony, telling jurors in the former Trump campaign chairman’s case to “put aside” his criticism.

Prosecutors for special counsel Robert Mueller’s office have put forward nearly 20 witnesses — including Manafort’s longtime deputy — and a trove of documentary evidence as they’ve sought to prove Manafort defrauded banks and concealed millions of dollars in offshore bank accounts from the IRS. But along the way they’ve not only faced an aggressive defense team, but a combative relationship with U.S. District Judge T.S. Ellis III.

The judge has subjected the prosecution to repeated tongue-lashings over the pace of their questioning, their massive amount of trial exhibits and even their facial expressions. But on Thursday, Ellis told jurors he went overboard when he erupted on prosecutors Wednesday for allowing an expert witness to remain in the courtroom during the trial.

“Put aside my criticism,” Ellis said, adding: “This robe doesn’t make me anything other than human.”

The judge’s comments on the eighth day of the trial came in response to a written filing by prosecutors as they began presenting the bulk of their bank fraud case against Manafort with a witness testifying that the longtime political consultant had lied to obtain millions of dollars in loans on New York City properties.

Melinda James, a Citizens Bank mortgage loan assistant, testified that Manafort had told the bank that one of the properties would be used as a second residence, but she found it listed as a rental on a real estate website.

She says in another instance, Manafort maintained that there were no mortgages on a separate New York property when there actually were. All the while, Manafort signed paperwork indicating he understood that he could face criminal or civil penalties if he lied to the bank.

“The underwriter needs a clear picture of all the debts, the monthly debts of the borrower, in order to make an accurate decision on the loan,” James told jurors.

Ahead of James’ testimony, prosecutors argued in their written filing that Ellis should instruct the jury that he made an error in admonishing them during the Wednesday testimony of IRS agent Michael Welch.

Ellis had heatedly confronted prosecutor Uzo Asonye, saying he hadn’t authorized Welch to watch the entirety of the trial. Witnesses are usually excluded from watching unless allowed by the judge.

But in their filing, prosecutors attached a transcript showing that in fact Ellis had approved the request a week before. They said his outburst prejudiced the jury by suggesting they had acted improperly and could undermine Welch’s testimony.

Welch had told jurors that Manafort didn’t report at least $16 million on his tax returns between 2010 and 2014. He also said Manafort should have reported multiple foreign bank accounts to the IRS in those years.

Prosecutors had asked Ellis to instruct the jury that they hadn’t done anything improper in an attempt to repair any unfair prejudice.

Ellis has repeatedly tussled with prosecutors, interrupting them and pressuring them to hurry through their case.

He poked fun at himself Wednesday as he haggled with attorneys over the number and type of charts prosecutors could present during the testimony of the accountant.

“Judges should be patient. They made a mistake when they confirmed me. I’m not very patient, so don’t try my patience,” Ellis said.

Ellis’ comment came after a dramatic three days in which Manafort’s protégé, Rick Gates, implicated his former boss in a yearslong financial scheme while also enduring stinging attacks on his character and credibility.

Gates, the government’s star witness in Manafort’s financial fraud trial, testified how, at the behest of his longtime boss, he helped conceal millions of dollars in foreign income and submitted fake mortgage and tax documents.

Defense lawyers have painted Gates as a liar, embezzler and philanderer, getting him to acknowledge an extramarital affair and reminding jurors how he falsified hundreds of thousands of dollars in expense reports.

The testimony, stretching across three days, created an extraordinary courtroom showdown between the two former Trump campaign aides who were indicted together. Manafort opted for trial, whereas Gates pleaded guilty and agreed to cooperate by testifying against his former boss.

Neither man was charged in connection with their Trump campaign work, but the trial has nonetheless been closely watched by a president who insists Manafort was treated shabbily and who continues to fume publicly about Mueller’s investigation into potential ties between his associates and the Kremlin.