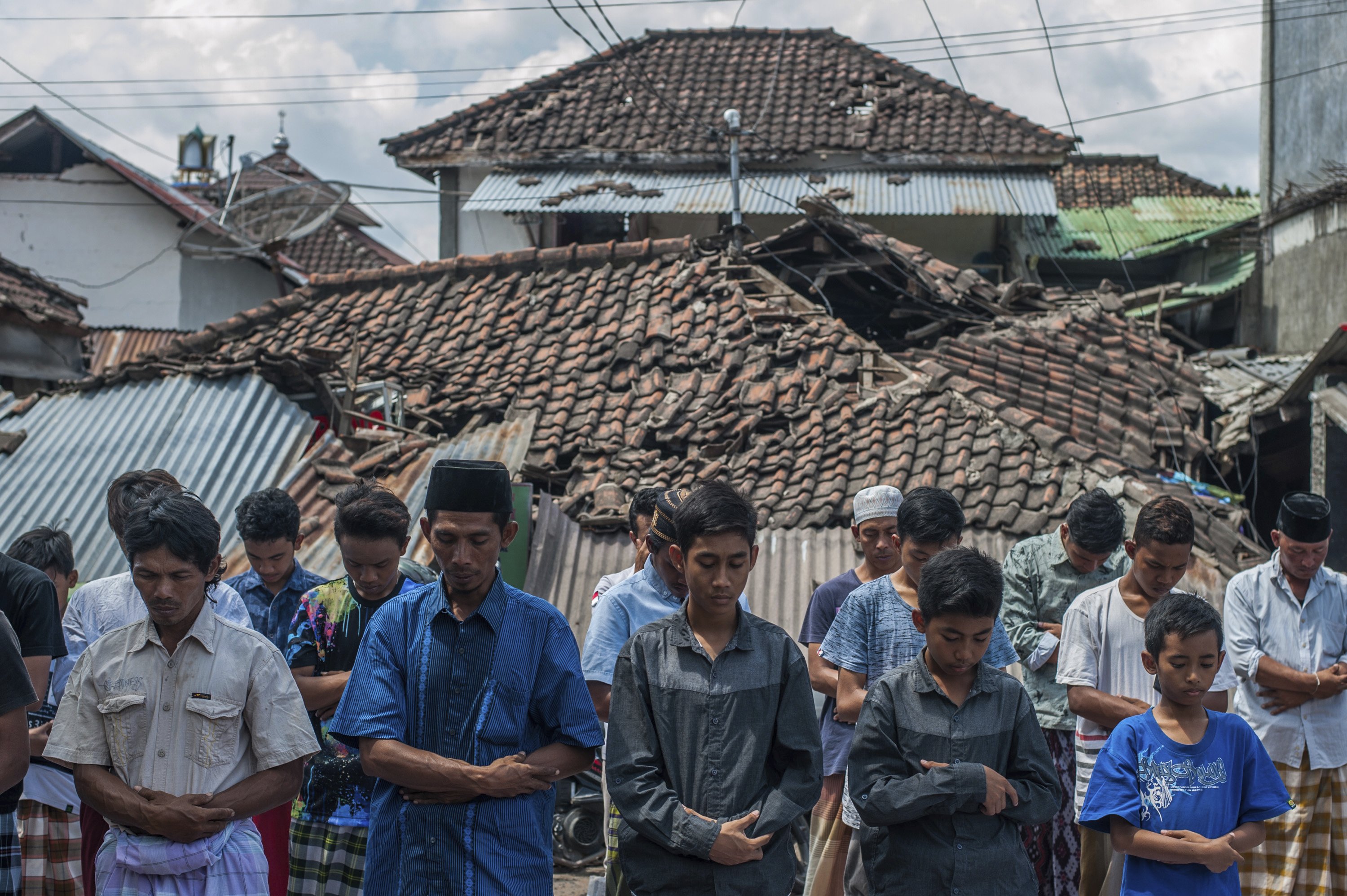 TANJUNG, Indonesia — On Indonesia’s earthquake-devastated Lombok island, people are reeling as they mourn more than 300 dead and sleep in makeshift shelters, but foremost in the minds of some is rebuilding the collapsed mosques that were the heart of their communities.

Villagers in Tanjung district prayed in a field Friday in front of their former mosque and made plans for a replacement.

“We are very sad because our mosque we loved very much is now destroyed,” said Sunarto, a worshipper. “Our Imam, who is our leader, also died in the mosque.”

The magnitude 7.0 quake on Sunday killed at least 319 people and damaged or destroyed nearly 68,000 homes. Nearly 500 schools were damaged and more than 270,000 people were made homeless or otherwise displaced.

Like most of Indonesia, Lombok is majority Muslim. A minority on the island practice Hinduism, a legacy of its historical domination by Hindu Balinese kingdoms.

Sunarto, who uses one name, said hearing the call to prayer and being observant will help villagers rebuild from the disaster.

“Our mission in our meeting with villagers is to talk about how we going to build a temporary mosque so that the voice of Quranic verse will continue to reverberate in our village,” he said.

Lombok was hit by three big quakes in little more than a week. A magnitude 5.9 aftershock on Thursday injured more than two dozen people, damaged buildings and caused a landslide that buried four people.

Indonesia is prone to earthquakes because of its location on the “Ring of Fire,” an arc of volcanoes and fault lines in the Pacific Basin. In December 2004, a massive magnitude 9.1 earthquake off Sumatra triggered a tsunami that killed 230,000 people in a dozen countries.