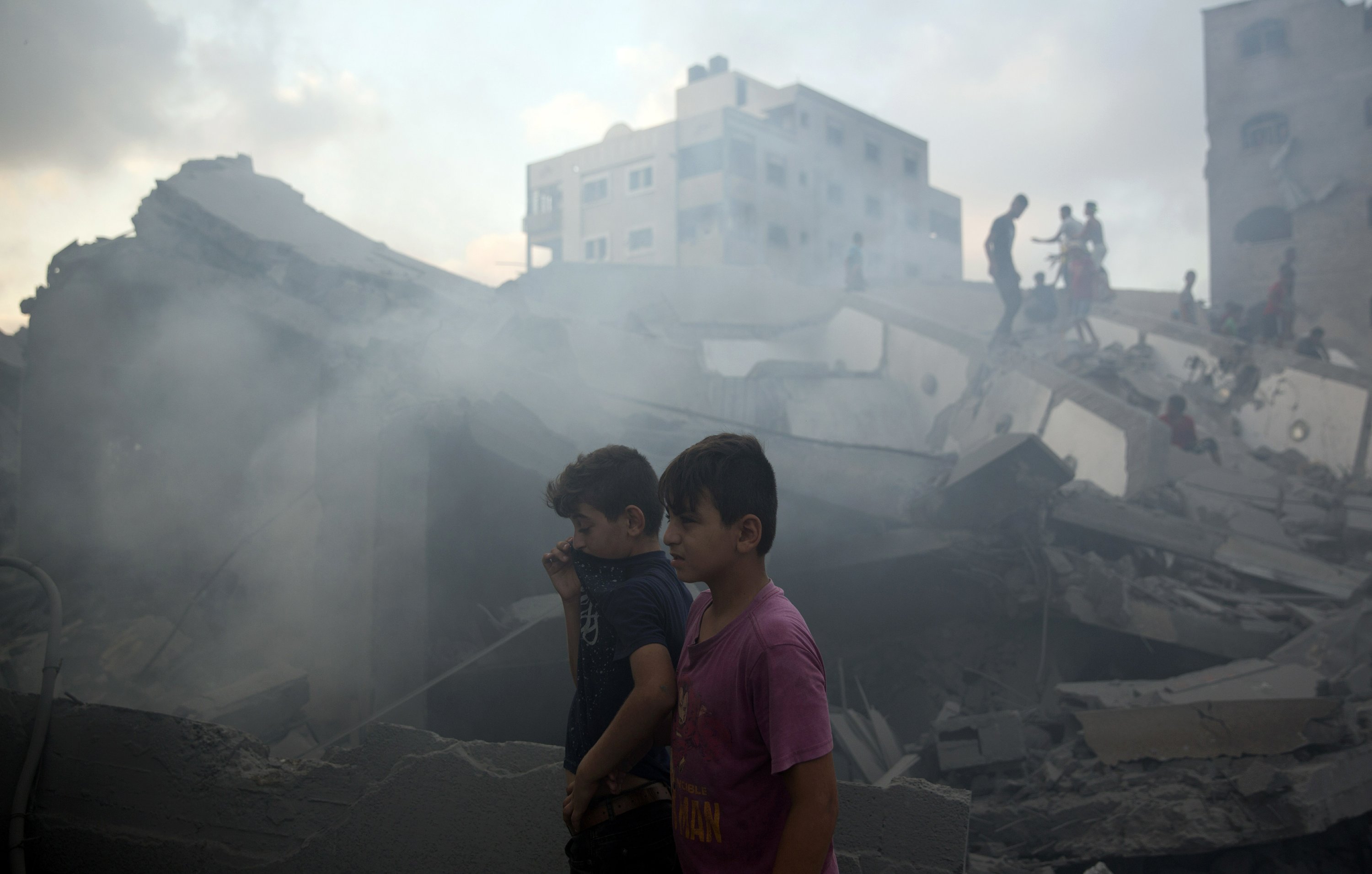 JERUSALEM — Gaza’s militant Islamic Hamas rulers and Israel appeared to be honoring a cease-fire Friday that ended two days of an intense flare-up in violence amid efforts by neighboring Egypt to negotiate between the two sides.

Israel’s military said that no rockets were fired from Gaza at Israel overnight and it conducted no airstrikes in Gaza against Hamas targets. Israel’s government hasn’t confirmed the truce.

Hamas’ Al Aqsa TV channel reported late Thursday that the Egyptian-brokered deal has taken hold “on the basis of mutual calm.” It was the third such truce in recent weeks.

However, the deal did not seem to address the deeper issues that have prevented the bitter enemies from reaching a longer cease-fire arrangement.

Gaza militants fired some 200 rockets at Israel and the Israeli military carried out a similar number of airstrikes in Gaza in this latest round of violence.

Also Friday, the Israeli military lifted restrictive recommendations for residents of some areas in southern Israel that it had set amid the Palestinian bombing, including suggestion to avoid open areas and beaches. “Following a security assessment,” residents can resume their daily routine, the military said.

Israel and Hamas have fought three wars since the Islamic militant group seized control of Gaza in 2007. In this week’s fighting, the Palestinian Health Ministry said three Palestinians were killed. Israeli officials said seven people were wounded by rocket or mortar fire on the Israeli side.

Israel and Hamas have come close to serious conflict in recent weeks after four months of violence along Gaza’s border.

Hamas has led weekly border protests aimed in part at drawing attention to the Israeli-Egyptian blockade imposed after Hamas took control of Gaza. Large turnout at the protests has also been driven by widespread desperation in Gaza, amid worsening conditions linked to the blockade. Power is on for just a few hours a day, unemployment has sky-rocketed and poverty is widening.

Israel has also been battling almost daily airborne arson attacks from Gaza caused by kites and balloons rigged with incendiary devices flown across the border that have sparked large fires that destroyed forests, burned crops and killed wildlife and livestock.

Over the past four months, 163 Palestinians have been killed by Israeli fire, including at least 120 protesters, according to the Gaza Health Ministry and a local rights group. An Israeli soldier was killed by a Gaza sniper during this same period.

Israel says it is defending its border and accuses Hamas, a group sworn to its destruction, of using the protests as cover for attempts to breach the border fence and attack civilians and soldiers. Palestinians have thrown explosive devices and opened fire at forces along the border in numerous instances over the past few months, the military says. But the high casualty rate among mainly unarmed protesters has drawn international criticism.