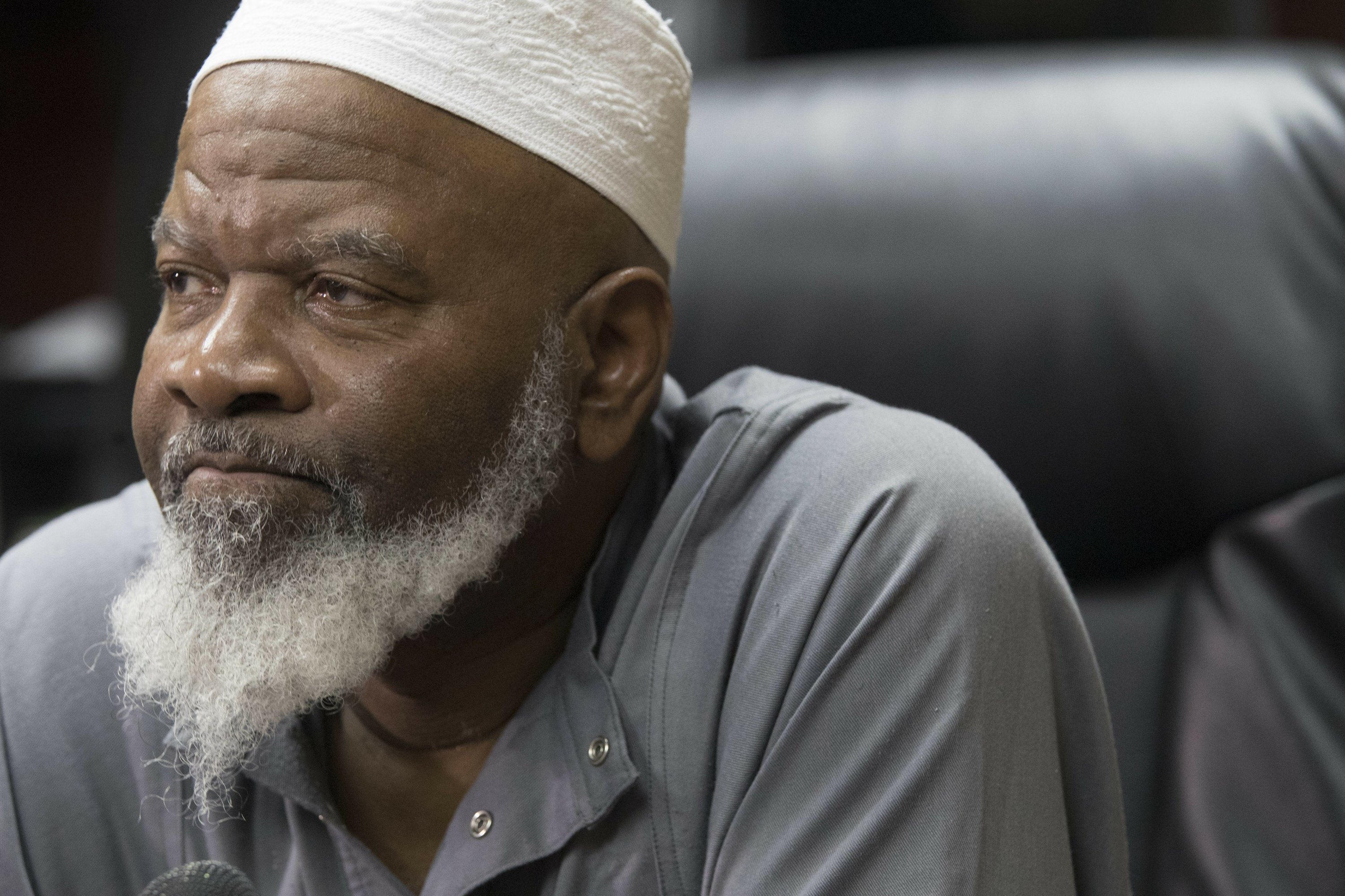 TAOS, N.M. — The Latest on 11 children found living in a filthy, makeshift compound in New Mexico (all times local):

A representative of a New York mosque says the raid of a ramshackle compound in New Mexico is being used as propaganda against Muslims.

Ali Abdul-Karim Judan, a spokesman for the mosque, said in a video posted Thursday on Facebook that the incident was a domestic situation that has nothing to do with extremism.

The grandfather of a severely disabled boy, who authorities say was kidnapped by his father and taken to the compound, has said remains found there are those of his grandson.

The man is an imam at the New York mosque.

Judan also cast doubt on a contention by prosecutors that children found at the site were being trained to use assault rifles in preparation for school shootings.

He said authorities should not have made that claim without stronger evidence.

The mosque has attracted radicals over the years, including a man who later helped bomb the World Trade Center in 1993.
___

An attorney for the mother of a Georgia boy says the woman had no idea what might have driven her husband to take the child to a desert compound in New Mexico.

Authorities say Abdul-ghani Wahhaj (ahb-DOOL’ GAH’-nee wah-HAJ’) was kidnapped by his father in December in Jonesboro, Georgia, near Atlanta.

His grandfather has said remains found at the compound are those of his grandson.

M. Khurram Baig, an attorney representing the boy’s mother, Hakima Ramzi, said Thursday that Siraj Ibn Wahhaj did not show any tendencies toward violence during his relationship with Ramzi.

The lawyer said Ramzi was stunned to learn about the raid on the compound and reports about the treatment of children there.

The lawyer said Wahhaj “is not the gentleman that she married or knew as a father of her son.”

“At some point something changed,” he said.

The grandfather of children found at a New Mexico compound says he was able to report their whereabouts to authorities after his daughter sent a note from the location asking for food.

Siraj Wahhaj, who leads a New York City mosque, says 11 children found at the compound Friday were either his biological grandchildren or members of his family through marriage.

His grown children are among the five adults arrested on child abuse charges following a raid at the site.

He said Thursday that his daughter sent the note for food to a man in Atlanta, and that man notified him. Wahhaj says he then informed police.

The Taos County sheriff has said the message stating people were starving helped him seek a warrant to enter the compound in search of the missing boy.

Wahhaj says the boy is his grandson, and his remains were found Monday at the compound.

The grandfather of a missing Georgia boy says the remains of the child were found buried at a desert compound in New Mexico.

Abdul-ghani Wahhaj (ahb-DOOL’ GAH’-nee wah-HAJ’) was found Monday — on what would have been his fourth birthday — after he went missing in December in Jonesboro, Georgia, near Atlanta.

The boy’s grandfather, Siraj Wahhaj, leads a New York City mosque and told reporters Thursday that he learned from other family members that the boy’s body was buried at the New Mexico compound after he died.

Authorities say the boy’s father, Siraj Ibn Wahhaj (see-DAHJ’ IBN wah-HAJ’), had told his wife he wanted to perform an exorcism on the child and later said he was taking the child to a park and didn’t return.

The search for the boy led authorities to the New Mexico compound last week.

Imam Wahhaj says “whoever is responsible … should be held accountable.”

Sheriff’s officials expect to learn Thursday from medical examiners the identity of child’s remains found at the site of a New Mexico compound that authorities raided last week in search of a missing boy.

A search Monday led authorities to discover the remains of an unidentified young boy at the compound in Amalia, where three days earlier the local sheriff said 11 hungry children were found living in filth.

The remains were sent to the state Office of the Medical Investigator to be identified. An OMI spokeswoman and a sheriff’s spokesman said they expected the identification by Thursday.

Authorities say the missing boy, Abdul-ghani Wahhaj, was taken from Jonesboro, Georgia, by his father in December.

Five adults, including the father of the missing boy, were arrested after an initial search at the compound Friday.