US wins in Germany thanks to Trump’s ambassador 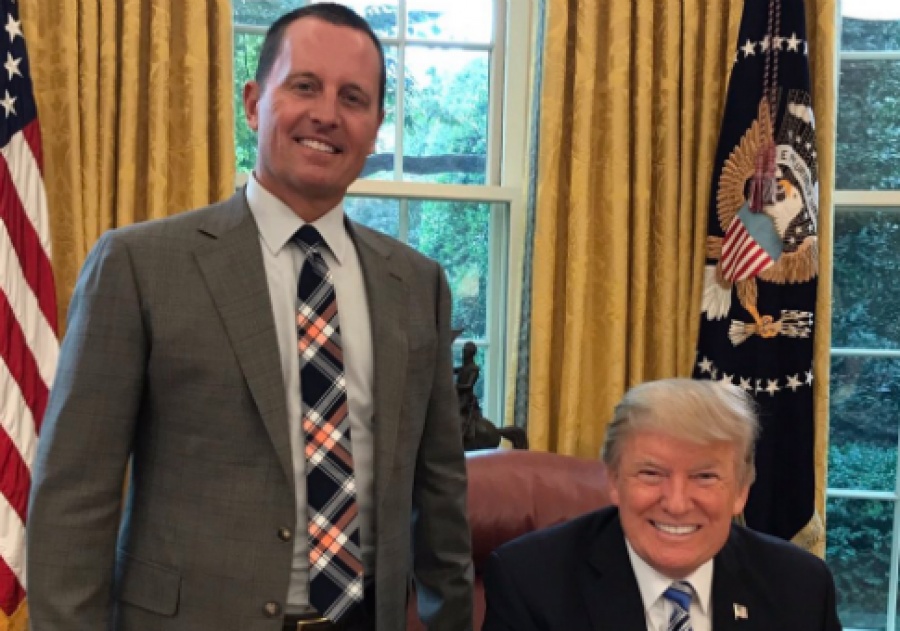 President Donald Trump’s team keeps rolling up victories for the country. Many of these victories take place far away from the American media’s spotlight, such as those in Germany.

Recently, Grenell won two important victories. He first convinced the Deutsche Bundesbank — German’s central bank, and arguably the second-most important central bank in the world — to withhold $400 million that was about to be transferred to Iran. The Iranian regime had counted on the bank to help circumvent sanctions that Trump had placed on the Islamic republic. Thanks to Grenell, Iran stands to lose a significant amount of money on this transaction, and possibly much more if European companies get scared off from doing business with Iran.

Grenell then persuaded automaker Daimler, known in the United States as the maker of Mercedes-Benz, to drop expansion plans in Iran. Daimler had made plans in 2016 to distribute the Mercedes in Iran, but has since closed its office and has halted expansion plans.

We are pleased to see German businesses stopping their trade with Iran, complying with U.S. sanctions, and helping pressure the Iranian regime back to the table. We stand together to stop Iran's malign activities.

Grenell has already accomplished this much after being sworn in just three months ago on May 3 by Vice President Mike Pence.

President Trump nominated Grenell for the position of ambassador in September 2017, but his confirmation was stalled by Senate Democrats, who did not give much reason. Grenell is a former U.N. spokesman and Fox News contributor. He was finally confirmed by the Senate in April by a vote of 56-42.

In June, Grenell told Breitbart he wanted to “empower other conservatives throughout Europe.” This drew outrage from left-wing German politicians and progressive American news outlets, who called for Grenell’s expulsion. European politics contains socialist and nationalist parties, but few parties that embrace free markets and individual rights as their core philosophy.

The ambassador has a clear message for German businesses: do business either with Iran or with the United States.

Richard Grenell is the type of person we need in public service.