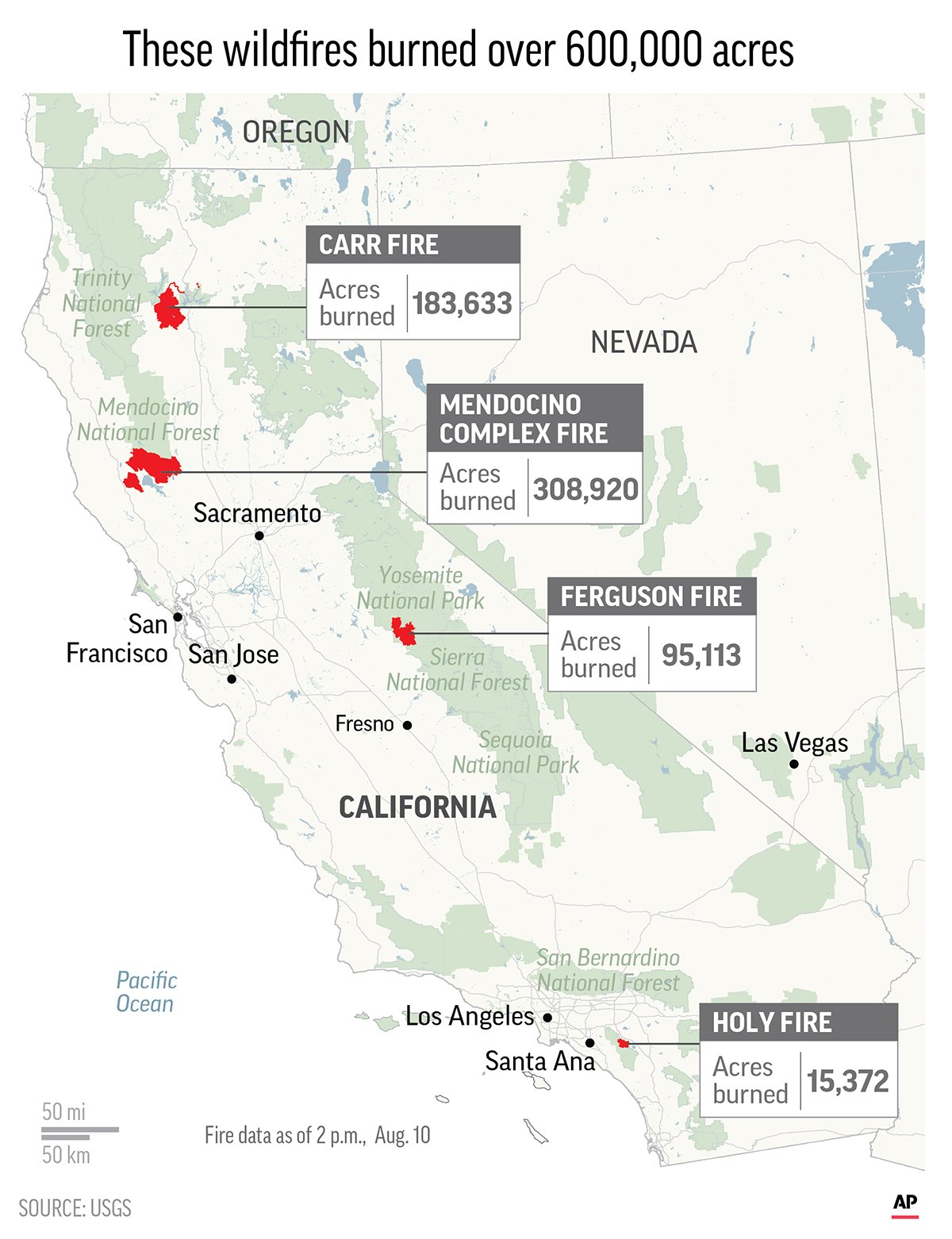 SAN FRANCISCO — Yosemite National Park will reopen Tuesday, 14 days after a wildfire choked the park with smoke at the peak of tourist season, officials said Friday.

“This is truly a historic and unprecedented event in park history, and we are thrilled to welcome back visitors to Yosemite Valley and the Mariposa Grove,” said Michael Reynolds, the park’s superintendent.

Visitors should expect limited hours and visitor services as the park returns to normal, spokesman Scott Gediman said. “Park visitors should be aware that there is still active fire and smoke on the roads, and people should drive with extreme caution,” he said.

The scenic Yosemite Valley, 350 campsites and all the park hotels have been closed since July 25. Officials also declared a half-dozen other sites off-limits, including the Mariposa Grove of giant sequoias, Tunnel View (a scenic spot on California Route 41) and Glacier Point Road.

The Mariposa Grove will reopen Monday. But Tunnel View and Glacier Point Road will remain closed as fire crews continue to battle the wildfire.

Though the blaze didn’t reach the heart of the valley, it burned in remote areas of the park about 250 miles (400 kilometers) from San Francisco, making roads inaccessible and polluting the air with smoke.

This week, 200 park workers who live in Yosemite’s popular Valley region were allowed to return, and officials lifted most mandatory evacuation orders for nearby communities.

But the park’s air remains hazy. Time-lapse video by the Yosemite Conservancy, a group that supports the park, shows smoke enveloping and partly obscuring Half Dome, an iconic rock formation.

It is Yosemite’s longest and most extensive closure since 1997, when floods shut the park for two months, officials said

Tourists wanting to visit Yosemite, a crown jewel of the National Park System, have to book nearly a year ahead of time to secure a coveted hotel room inside the park, where hotels and campsites fill up months in advance and are typically booked through October.

The closure has dealt a financial blow to Yosemite and gateway communities like Oakhurst and Mariposa at the height of the summer season and caused upheaval for thousands of tourists whose summer trips were canceled.

Dylan Shull, who manages the Monarch Inn and the Best Western Yosemite in Mariposa, said the two-week closure has hit the town hard.

He said his hotels have hosted some of the emergency personnel involved in fighting the blaze, tourists who hadn’t heard news of the closure, and visitors who showed up with the hope the park would open.

“June, July and August are the peak season and to see 30 percent occupancy was a huge hit for us,” he said.

“We’re all very excited. The whole town is looking forward to the reopening and hoping there are no hiccups,” Shull added.