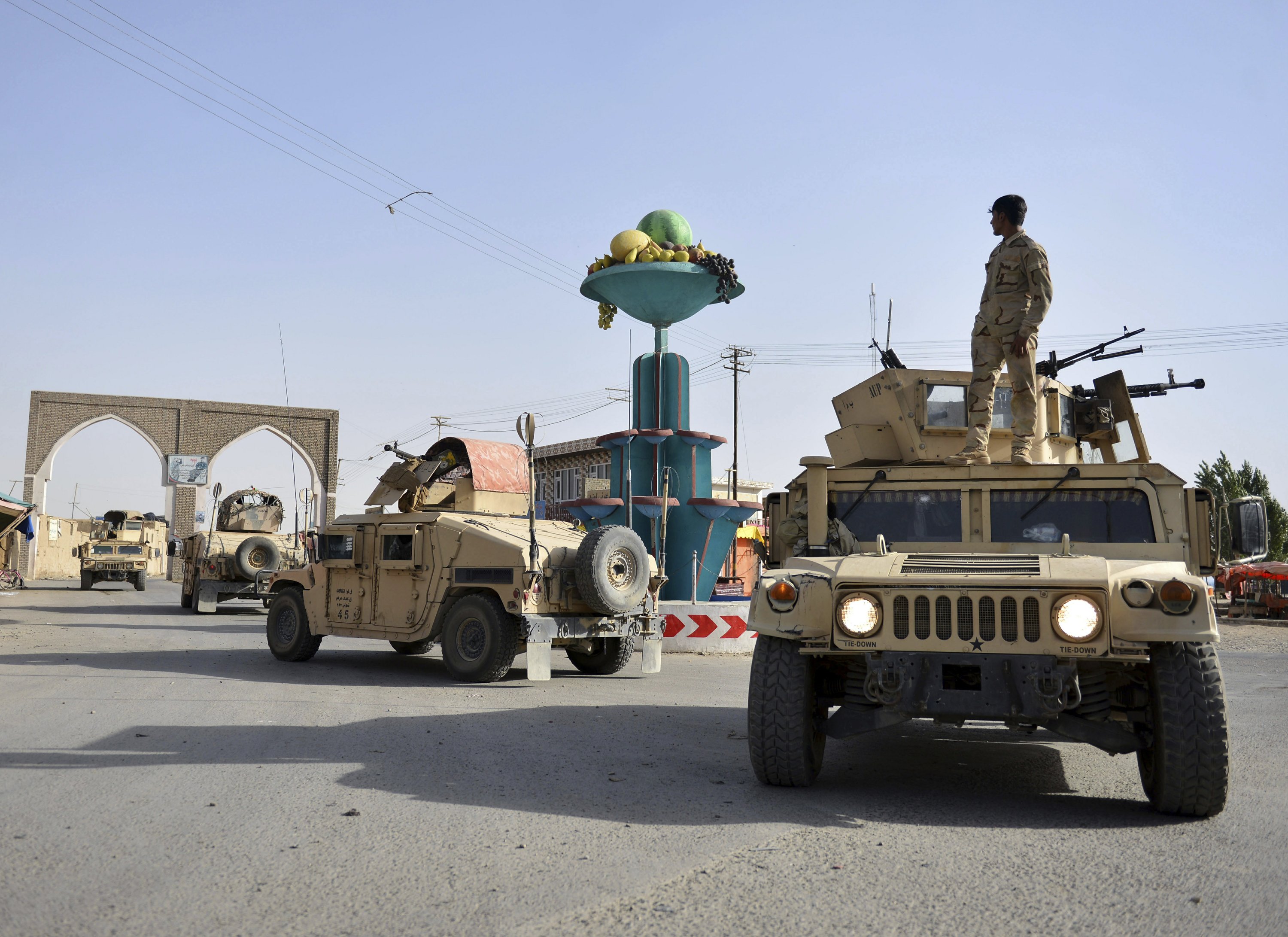 KABUL, Afghanistan — Four days of ferocious fighting between Afghan forces and the Taliban over a key provincial capital has claimed the lives of about 100 Afghan policemen and soldiers and at least 20 civilians, the defense minister said Monday.

The staggering numbers provided by Gen. Tareq Shah Bahrami were the first official casualty toll since the Taliban launched a massive assault on Ghazni, the capital of Ghazni province, last Friday.

The multi-pronged assault overwhelmed the city’s defenses and allowed insurgents to capture several parts of it. It was a major show of force by the Taliban, who infiltrated deep into this strategic city barely 120 kilometers (75 miles) from the capital, Kabul.

The fall of Ghazni, a city of 270,000 people, would mark an important victory for the Taliban. It would also cut off a key highway linking Kabul to the southern provinces, the Taliban’s traditional heartland.

Bahrami, the defense minister, spoke to reporters at a press conference in Kabul on Monday. He said the casualty figures are not yet definite and that the numbers might change. He didn’t offer a breakdown of the casualties but Interior Minister Wais Ahmad Barmak said nearly 70 policemen were among those killed.

Bahrami said about 1,000 additional troops have been sent to Ghazni and helped prevent the city from falling into Taliban hands. He also said 194 insurgents, including 12 leaders, were killed — with Pakistani, Chechen and Arabs foreign fighters among the dead.

The attack on Ghazni began on Friday, with insurgents infiltrating people’s homes and slipping out into the night to attack Afghan forces.

The Taliban also destroyed a telecommunications tower on the city’s outskirts, cutting off all landline and cell phone links to the city and making it difficult to confirm details of the fighting.

Afghan authorities have insisted that the city would not fall to the Taliban and that Afghan forces remained in control of key government positions and other institutions there.

Najib Danish, the Interior Ministry’s spokesman, said earlier on Monday that reinforcements have been sent to Ghazni to clear the remaining Taliban.

Col. Fared Mashal, the province’s police chief, said the majority of the insurgents fighting in Ghazni are foreigners, including Pakistanis and Chechens.

“The Taliban have failed in reaching their goal,” Mashal added.

Over the past months, the insurgents have seized several districts across Afghanistan, staging near-daily attacks on Afghan security forces, but have been unable to capture and hold urban areas.

The United States and NATO formally concluded their combat mission in Afghanistan at the end of 2014, but have since then repeatedly come to the aid of Afghan forces as they struggle to combat the resurgent Taliban.

The United Nations has expressed its concerns for the civilians caught up in the fighting in Ghazni.

Ghazni’s residents “have seen their city turn into a battlefield since Friday morning, with fighting and clashes reportedly still ongoing. We have received initial reports of a number of civilian casualties and of people trying to reach safe areas outside of the city,” said Rik Peeperkorn, acting U.N. humanitarian coordinator for Afghanistan.

Ghazni’s hospitals are running out of medicines and people are unable to safely bring casualties, Peeperkorn’s statement added. Electricity, water supply and food are also running low, the statement said.

“Parties to the conflict need to ensure that access to medical services is not denied and respect for medical facilities and staff is upheld,” Peeperkom said.

Meanwhile, the International Federation of Journalists and the Afghan Independent Journalists Association jointly put out a statement condemning the violence in Ghazni and attacks on journalists there.

Media technician Mohammad Dawood was among those killed in Ghazni, the statement said, and also condemned the torching of Ghazni’s radio and television station.