Against all odds: Democrats pour money into longshot races 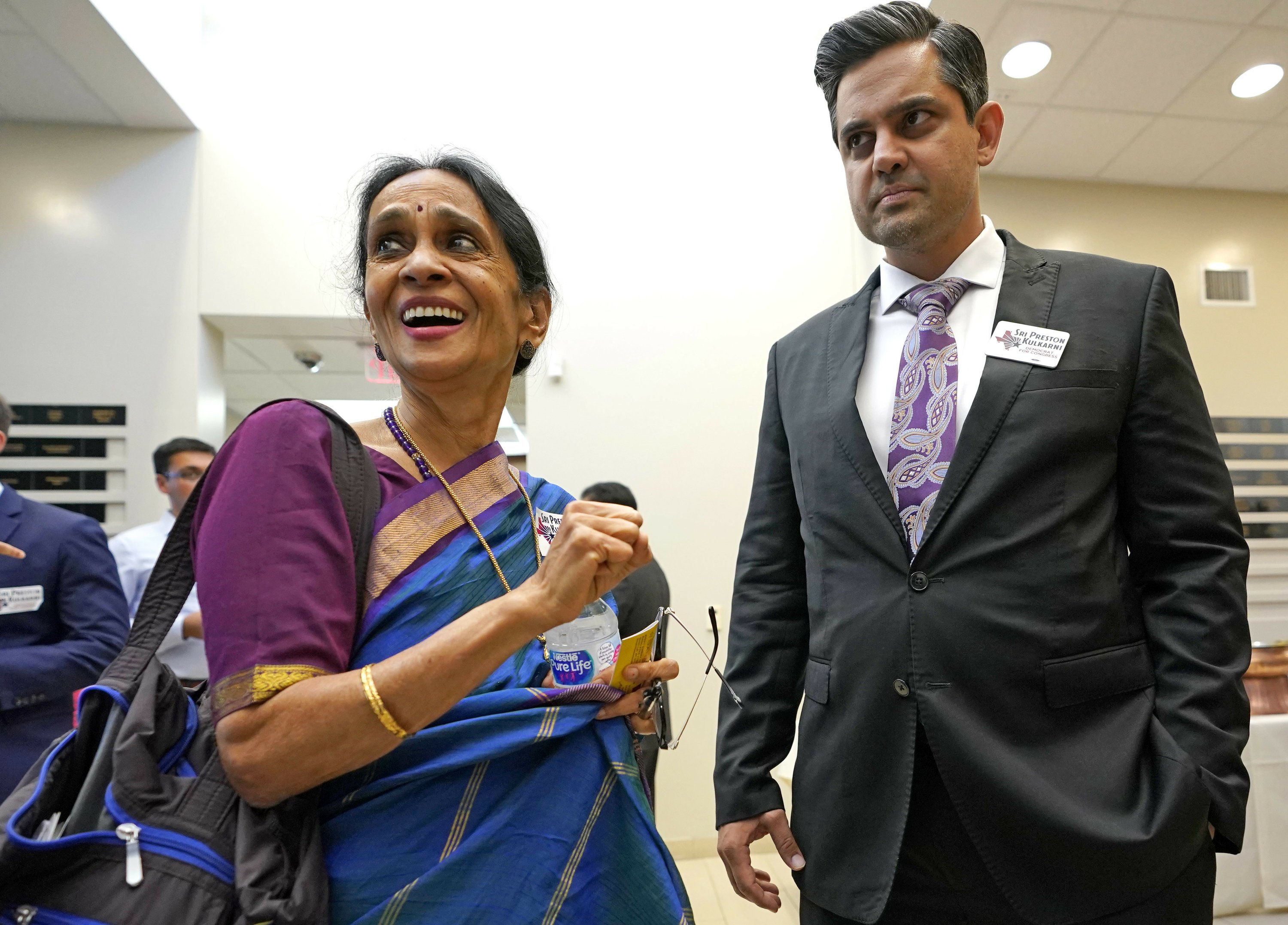 HOUSTON — Thara Narasimhan, who hosts an Hindu radio program in Houston, has already given $1,200 to a Democrat running against Republican U.S. Rep. Pete Olson, who once drove around his solidly conservative Texas district with a “NEVER HILLARY” bumper sticker on his pickup. Her plans to donate even more bewilder friends.

“It’s not the question of why I have to support a failing candidate,” said Narasimhan, mingling at a fundraiser for Democrat Sri Kulkarni on a sweltering Texas summer night. “Unless you put some faith in it, you’re not going to make it work.”

The November midterms are on pace to shatter records for political spending. While more than $1 billion raised so far nationally is helping finance battlegrounds that are poised to decide control of Congress, restless donors aren’t stopping there — they’re also putting cash into races and places they never have before to help underdog Democrats.

Examples include: a district home to the Dallas Cowboys’ stadium and held by the GOP since 1983; the South Carolina district of outgoing U.S. Rep. Mark Sanford; and a reliably Republican Southern California district that President Donald Trump won by 15 points.

All are places where Democrats are outraising their Republicans opponents — a feat that while perhaps not changing the conventional wisdom about their chances, is succeeding in giving their campaigns unusual viability. In Texas, 15 Democratic challengers running in Republican-held districts have so far raised at least $100,000. In 2014, only one cracked six figures.

The average cost of winning a House seat is more than $1 million. And in Texas, some candidates still lag substantially behind despite their early hauls in places where Republicans have been invincible.

But driving donors’ eagerness to open their wallets to longshot candidates, supporters say, is a mix of anti-Trump enthusiasm and optimism following upsets like Democrat Doug Jones’ last year in a Senate race in Alabama. Campaigns, meanwhile, say donors are simply responding to finally having better candidates in historically lopsided districts that previously attracted only fringe contenders who made little effort to professionally fundraise or run hard.

At a crowded house party in suburban Austin for Democrat MJ Hegar, Jana Reeves found a seat on a kitchen bench that was a long way from her own Hill Country home that isn’t even in Hegar’s congressional district. Hegar has raised more $1.7 million in large part due to a polished six-minute campaign ad called “Doors” that got attention online and enticed donors like Reeves to give her a hand.

“Even though it’s hopeless? You know why?” Reeves said of the giving to Hegar and other Democratic challengers. “Even though maybe my paltry money can’t do much, I still want to support these people in the deep red districts, because the Democrats (at party headquarters) aren’t going to do it.”

In few places is the surge of money more evident than in Texas. At the top of the ticket, Rep. Beto O’Rourke is outraising Republican Sen. Ted Cruz in a state where Democrats have not won a statewide race since 1994. Seven Democrats also outraised their GOP opponents between April and June in districts held by Republicans, bolstered by primary runoffs that forced campaigns to double down on fundraising.

Hegar is among the most successful. The military veteran is running against Republican Rep. John Carter, who was re-elected to an eighth term in 2016 by 20 points over a Democrat who only raised $16,000 total. Now she has the attention of Trump’s campaign team, which last month announced it would financially help Carter along with roughly 100 other Republican House and Senate candidates.

For her part, Hegar doesn’t inveigh against Trump while passing the hat: She didn’t even mention his name while speaking to a living room of about 50 supporters at the Austin fundraiser. She said afterward that she understands Trump was motivating some of the donors but she preferred to talk to them about other issues.

Near Fort Worth, Democrat Jana Lynne Sanchez has raked in more than $358,000 and has campaigned through summer with more money than her heavily favored Republican opponent, Ronald Wright. They’re both running to replace GOP Rep. Joe Barton, who represented the district for more than 30 years but abandoned plans for re-election after a nude photo of him circulated online.

Sanchez bemoaned the “fish fries and pancake breakfasts” that candidates used in the past to raise money and spends six hours a day on the phone, competing with a half-dozen campaigns that she said are “sucking up most of the money” from big donors. On her list of ways to spend that money: hiring a campaign manager who has previous flipped a Republican district.