Aid group: Ships not willing to save Mediterranean migrants 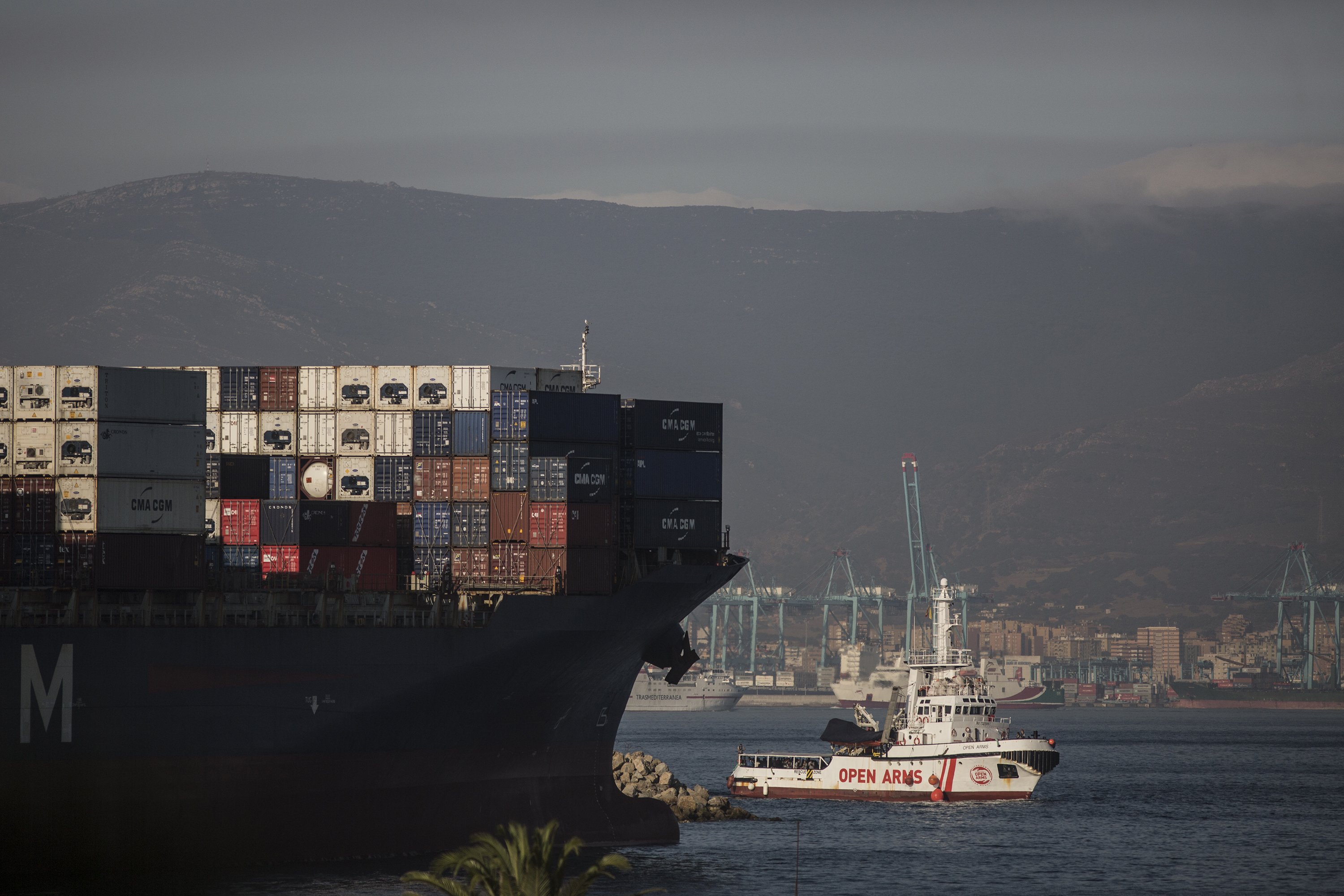 ROME — Migrants in distress at sea have told their rescuers that several ships passed them by without offering assistance, a European aid group said Sunday while seeking safe harbor for a rescue vessel with 141 migrants aboard.

SOS Mediterranee in a statement said that due to the recent refusal of Italy and Malta to let rescue vessels carrying migrants dock, ships might be now unwilling to get involved fearing they will be stranded with migrants aboard and denied a port to disembark them.

On Friday the group’s chartered ship Aquarius, which it operates in partnership with Doctors Without Borders, rescued 141 people in waters off Libya. Of these, 25 were found adrift on a small wooden boat that had no motor and was believed to have been at sea for about 35 hours, the group said. The other 116 people, including 67 unaccompanied minors, were rescued later that day, it said.

Nearly three-quarters of those rescued originate from Somalia and Eritrea. Many migrants recounted how they were “held in inhumane conditions in Libya,” where human traffickers are based, the aid group aid.

It added that Libya’s rescue coordination authorities wouldn’t provide the Aquarius with “a place of safety” and asked it to request safe harbor from another country’s authorities.

The Aquarius was sailing north in the Mediterranean Sunday in hopes of receiving docking permission from another country.

SOS Mediterranee said that “in a disturbing development, rescued people on board told out teams they encountered five different ships which did not offer them assistance before they were rescued by Aquarius.”

Aboard Aquarius is Doctors Without Borders project coordinator, Aloys Vimard, who elaborated.

“It seems the very principle of rendering assistance to persons in distress at sea is now at stake. Ships might be unwilling to respond to those in distress due to the high risk of being stranded and denied a place of safety,” the statement quoted Vimard as saying.

SOS Mediterranee said many of those aboard were extremely week and malnourished. Those rescued in recent years have said they receive scanty rations while kept in Libya to await the opportunity to leave on human smugglers’ unseaworthy boats.

“What is of utmost importance is that the survivors are brought to a place of safety without delay, where their basic needs can be met and where they can be protected from abuse,” the group quoted Nick Romaniuk, its search and rescue coordinator as saying.

In June, Aquarius was forced to sail north for days with more than 600 migrants to Spain after Italy and Malta refused it docking permission. Since then, other private rescue vessels have had to wait for days until some country agreed to let migrants disembark.

Although arrivals in Italy of rescued migrants smuggled from Libya have sharply dropped off this year compared to previous years, some 600,000 reached Italian ports in the last few years. Italy demands fellow European Union countries take the asylum-seekers from Africa, Asia and the Middle East.

Cargo and other commercial vessels often have plucked migrants to safety from deflating rubber dinghies and rickety wooden boats. But with Italy’s crackdown, commercial ships risk being blocked for days at sea, unable to carry out their business. Recently a support ship for an offshore oil platform was left in limbo for days after rescuing migrants.

SOS Mediterranee said the Libya rescue coordination center didn’t inform it about migrant boats in distress despite knowing the Aquarius was nearby.

“It was extremely fortunate that we spotted these boats in distress ourselves” on Friday, the group said.