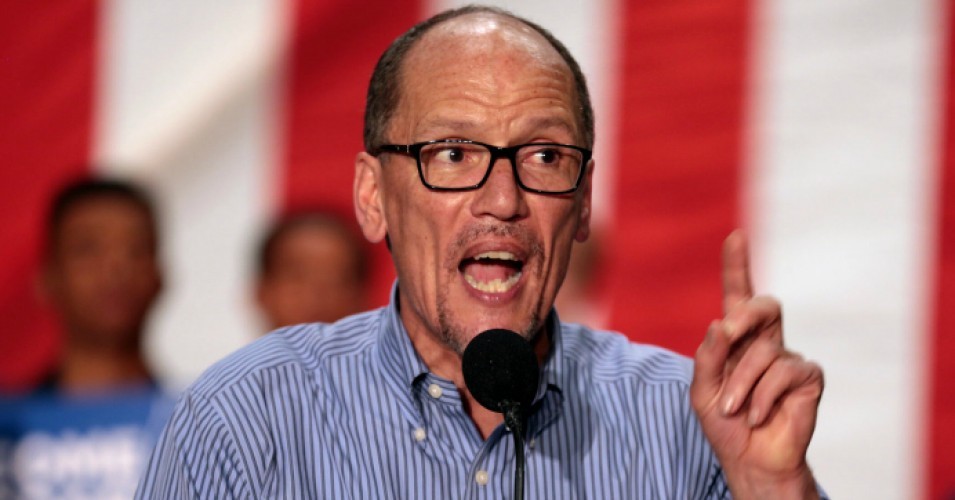 The Democratic National Committee passed a resolution on Friday reversing its policy not to take money from fossil fuel PACs. The policy reversal comes just two months after it was enacted.

The resolution was introduced by none other than DNC chair Tom Perez and was overwhelmingly passed 30-2.

The original resolution was co-sponsored by the Climate Hawks Vote PAC, headed by R.L. Miller. He was not pleased with the policy reversal, saying, “I am furious that the DNC would effectively undo a resolution passed just two months ago just as the movement to ban fossil fuel corporate PAC money is growing (and Democrats are winning).”

Of course, the DNC cleverly tried to spin its policy reversal by saying that their intention is welcome everybody to donating to their party.

The resolution states that the DNC “reaffirms its unwavering and unconditional commitment to the workers, unions and forward-looking employers that power the American economy.”

The resolution further states the DNC “will continue to welcome the longstanding and generous contributions of workers, including those in energy and related industries, who organize and donate to Democratic candidates individually or through their unions’ or employers’ political action committees.”

It should be noted, however, that the original resolution did allow workers from fossil fuel companies to donate to the DNC, just not companies themselves. The new resolution reverses that.

So, what’s the real reason for the policy reversal? Democrats need money. They are lacking tremendous amounts of money in donations compared to their Republican counterparts. The DNC raised 57 percent of what Republicans raised in the month of June — Democrats raised $8 million compared to Republicans’ $14 million.

If it wasn’t clear before, the Democratic Party’s platform is malleable and will change so long as it will keep them in power. Even if it means making 180 degree changes in 60 days.